I've been in a slump since I returned from Israel. I go out for walks, but hardly press the shutter. As Sherlock Holmes would say - I look but I don't see. I felt the same today as I walked around midtown. The only way to break the slump is to get out and shoot. So here's what I got.

A scene like this'll get my juices flowing .... FAST! 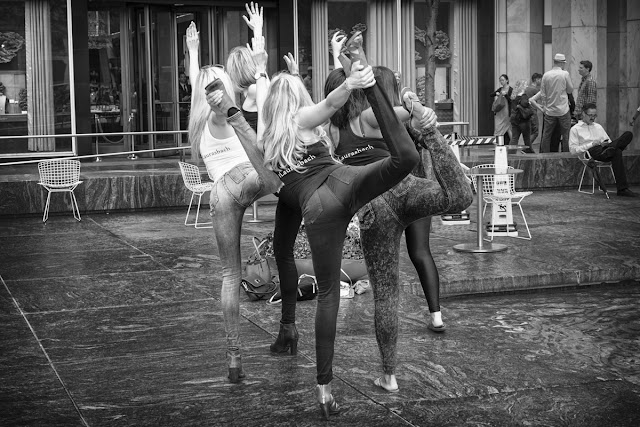 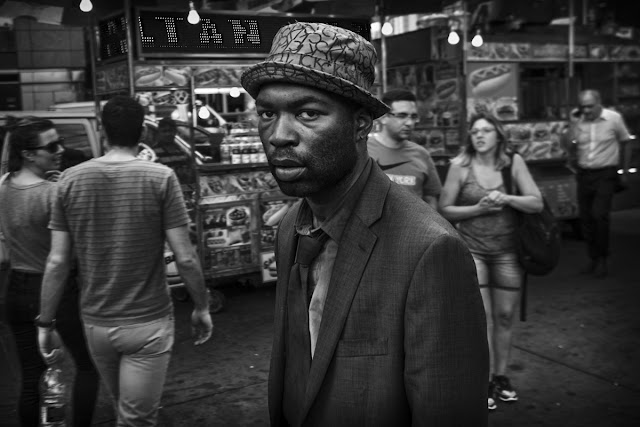 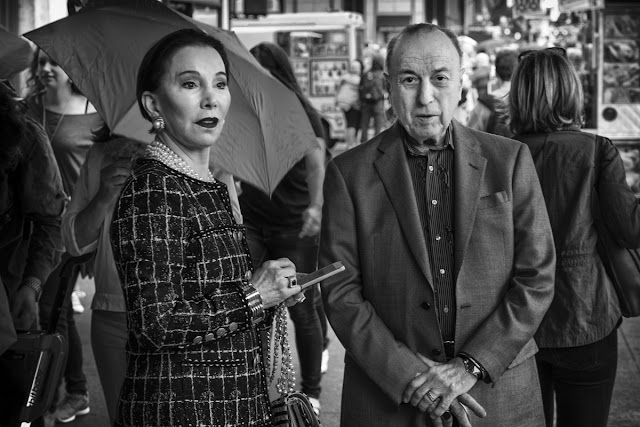 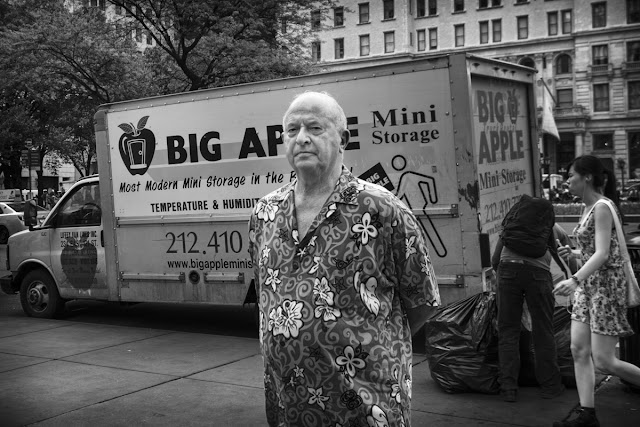 Posted by Fiddlergene at 7:42 PM No comments:

After the Independence Day celebrations in Jerusalem, I traveled to Rehovot to visit the Ayalon Institute. It's a very interesting story and a testament to the ingenuity of the Israelis who were resisting the British occupation and preparing for the War of Independence. The story of the institute can be found here, here, and here.

Driving south from Jerusalem past the Dead Sea to Masada seemed like a very touristy thing to do, but there I was - a tourist in the land of my forefathers. The scenic photos can't possibly do the view justice. There's no way to capture the vast expanse of the Negev and the view of the Dead Sea. the top of Masada itself is about 190 feet above sea level, which doesn't seem very high, but the base of the mountain is at the level of the Dead Sea, the lowest place on land of the entire Earth, so from it's base to its peak the mountain is about 1500 feet. The story of the city built on the peak is quite engaging. The best source was written by Josephus, a hebrew scholar/historian of the first century BCE.

For a change, the photos are in color and not particularly people oriented. This is the view from the tourist center at the base of the mountain from inside the tram car, with a view of the tram terminal at the top of the mountain: 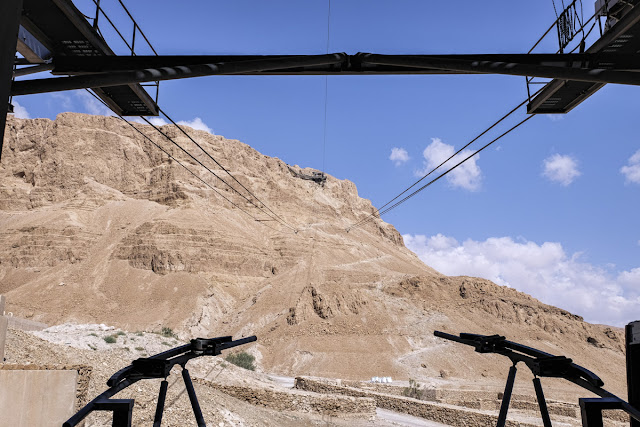 Near the top of the mountain looking down at the tourist center. The rectangular excavation to the left of the tram cables is the outline of one of the Roman camps surrounding the mountain: 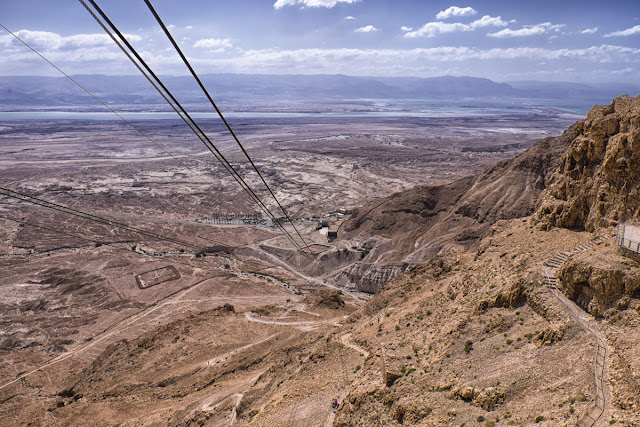 At the top of the mountain entrance to the ruins, IDF security forces to secure the area: 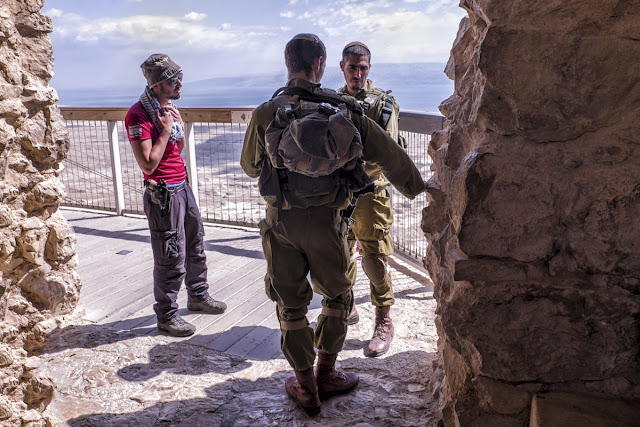 Part of the excavations of the camp. The size of the encampment was so large that the inhabitants maintained themselves with crop fields for their own food and for their flocks of animals. Water for the encampment was provided by huge cisterns all around the sides of the mountain: 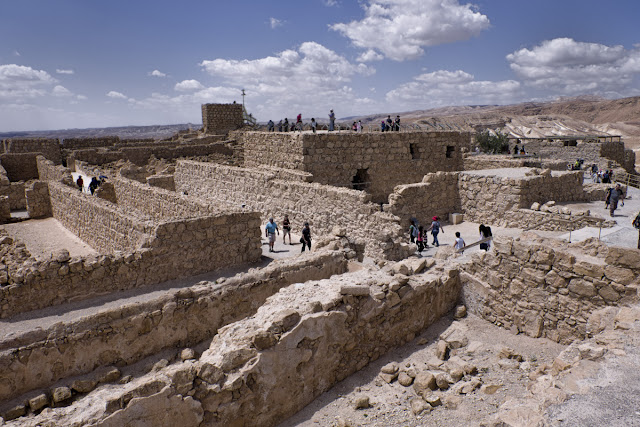 Looking out from the northeast corner of the mountain with the Dead Sea in the background: 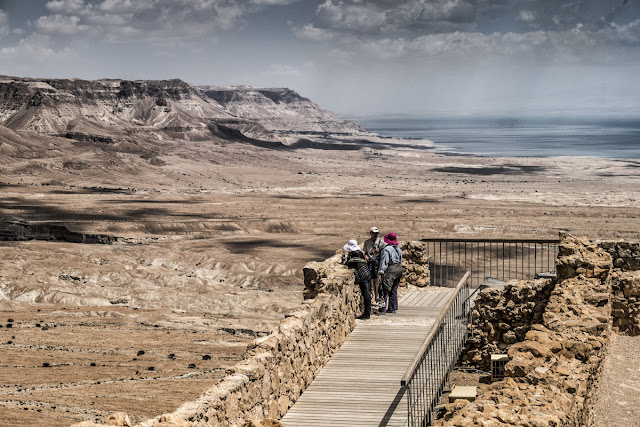 Posted by Fiddlergene at 6:08 PM No comments:

When I returned home from Israel and loaded my photos, on first review I was a bit disappointed. I knew I hadn't had the opportunity to shoot what I had planned and that jaded how I looked at the results of the trip. But a little time away from the photos has given me a change of perspective. This batch again is from my time on the Ben Yehudah Mall during the Independence Day celebrations in Jerusalem.

An Iranian 'antiquities' dealer on the pedestrian mall: 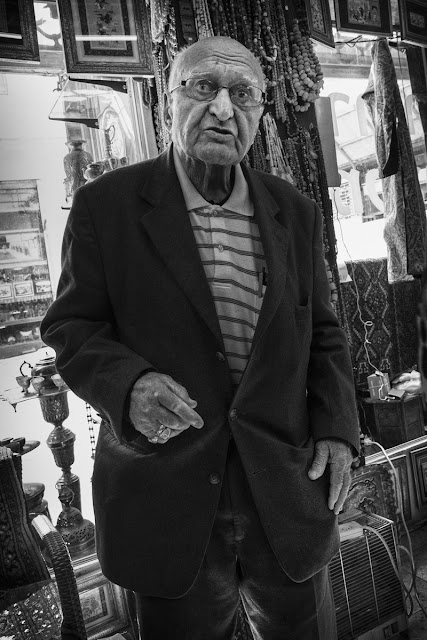 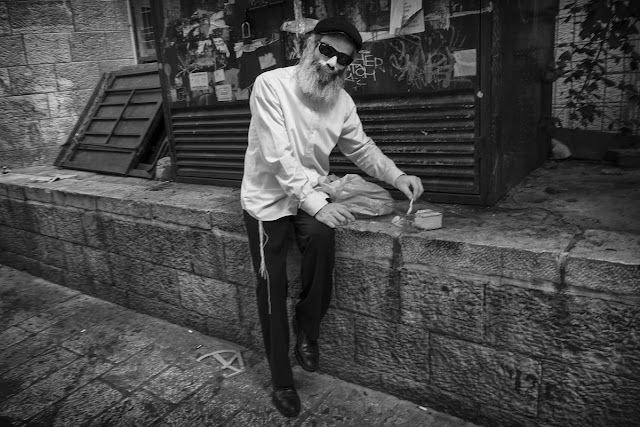 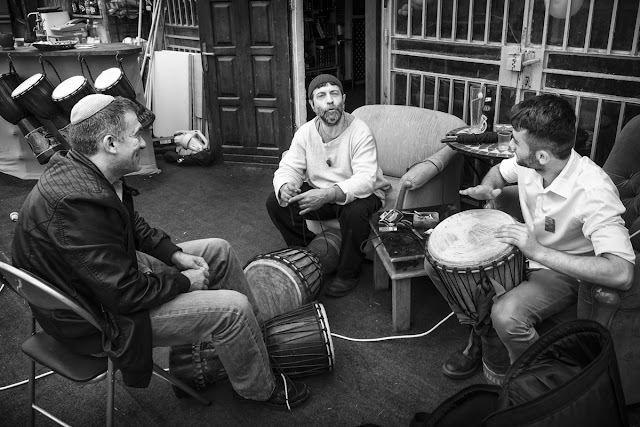 Waiting for the light rail: 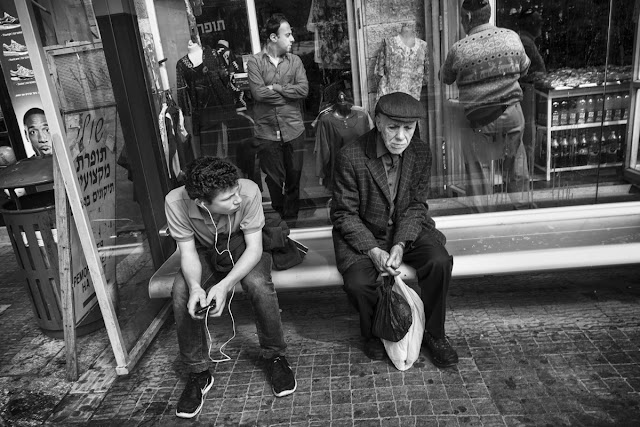 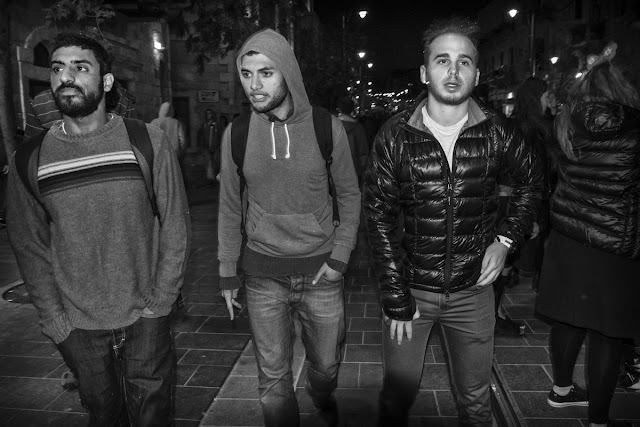 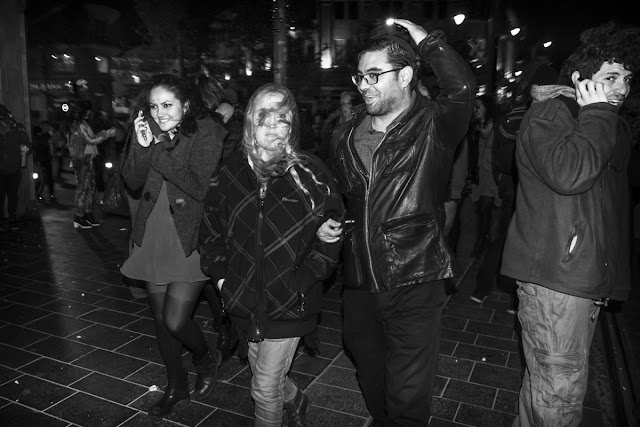 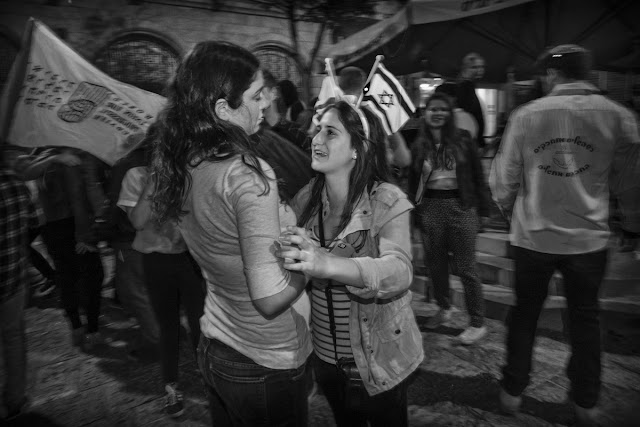 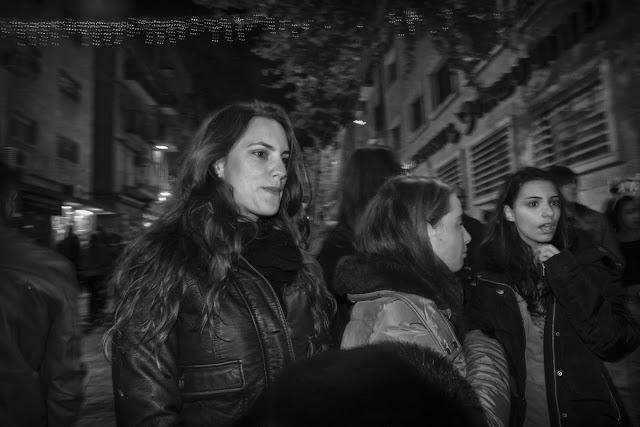 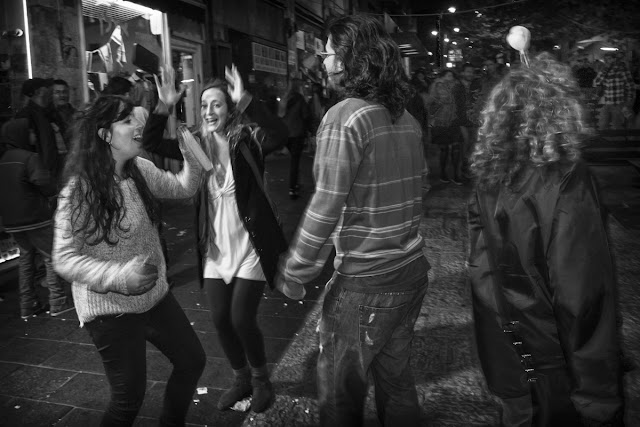 Posted by Fiddlergene at 5:43 PM No comments:

After the remembrance ceremonies of Yom Hazikaron (Memorial Day) the night transforms Israel from a state of solemnity to the joy and exhilaration of Yom Ha'Atzmaut (Independence Day). The celebrations commemorate the Day that David Ben Gurion made the declaration in Tel Aviv during a radio broadcast that Israel established itself as a free and independent democracy. The next day the arab armies of Lebanon, Syria, Jordan, and Egypt invaded with the intention of overrunning the newly declared state and wiping it off the face of the map.

Needless to day, it didn't happen. Just as Yom Hazikaron is a day of mourning for all those who gave their lives in defense of the state, Yom Ha'Atzmaut is a celebration of every victory the Israelis achieved through strength of character and determination. As much as I knew, before I traveled there, of the great spirit and creativity of the Israelis, I was deeply impressed by the warmth and generosity every place I visited.

Gathering for  the celebrations in Jerusalem on the Ben Yehuda Mall: 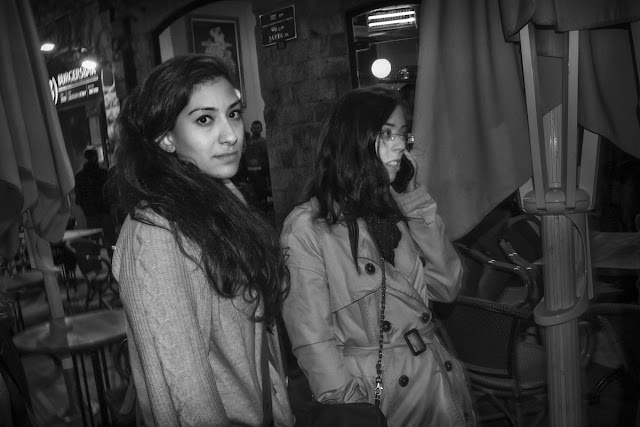 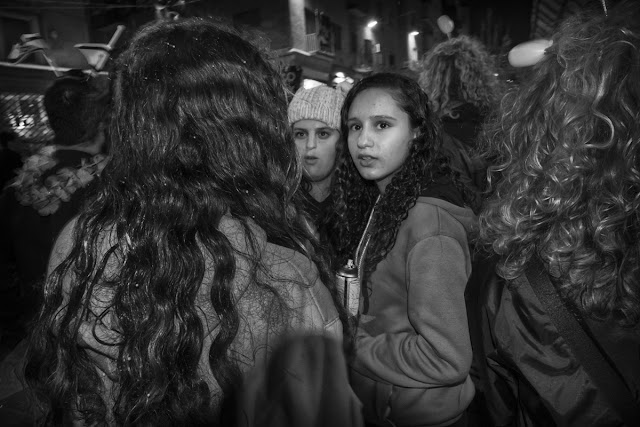 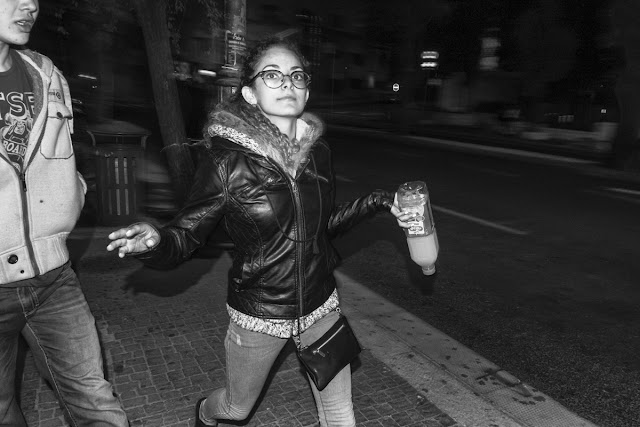 Posted by Fiddlergene at 7:49 PM No comments: