This is very interesting. Since I returned from Israel and have been posting photos of my waanderings, I've received comments on the blog, FB messages, and G+ messages reminding me that Zionists stole Palestine from the arabs who were living there. I have no interest in engaging people with political rhetoric so I've eschewed responses which has elicited further comments by these same people indicating that since I have no argument with which to rebut, that they must be correct.

My visit to Israel was amazing not only because of walking through history. The Israelis are a vibrant society (plagued with the same issues as any other modern society). They are resilient, resourceful, and creative. Israel is the only country in the Middle East that has totally solved its water problem. That's enabled the country to develop agriculturally, economically, and civilly.  And it has developed deep commercial ties with countries other than the USA.

The animosity exhibited towards Israel by its neighbors is borne of envy and jealousy towards a society that took a mosquito infested swampland and made it into a vibrant land through hard work and incredible ingenuity. For any group of people to think that they, through perseverance of violence and negative diplomacy, will be able to wipe the Israelis from the face of the earth is complete idiocy. I don't answer their brainless arguments because reasoning with stupidity and intransigence is demeaning and a waste of time.

I'm done ranting.
Posted by Fiddlergene at 11:22 AM No comments: 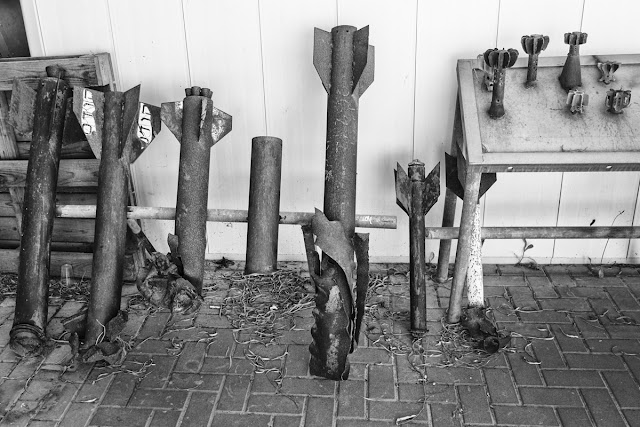 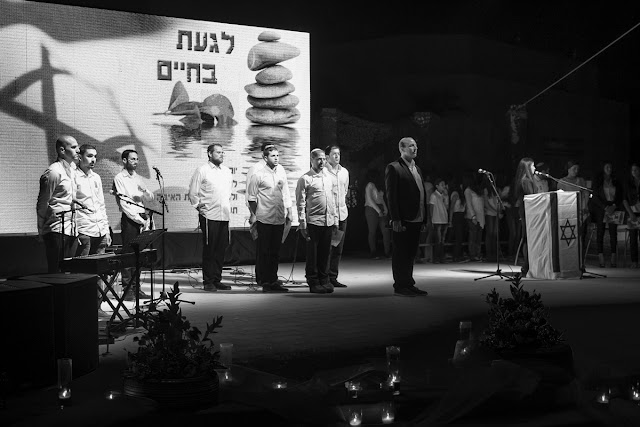 Posted by Fiddlergene at 6:26 PM No comments:

We drove down from Jerusalem to the Merchavim district of the northern Negev to meet with the kibbutzniks of the south. Part of the day was spent with students of the district school. We met with the district police chief and learned what it was like for the residents who live so close to the Gaza border and had to deal with the rocket and mortar attacks from last summer's war with Hamas. The spirit and exuberance of the sabras, their love of the land, and their determination to make the desert blossom was really inspiring.

Israel is the only country in the middle east that has completely solved its water problem through new scientific irrigation techniques, recycling, and desalinization. It has been working with Jordan on their water issues, building a desalinization plant in Aqaba and bringing water from the Gulf of Elat up to the Dead Sea. Israel has also been working with Egypt on water issues. By building commercial and economic bridges with its neighbors - with which it was at one time mortal enemies - the Israelis are creating a reality on the ground that will make dislodging an impossibility. 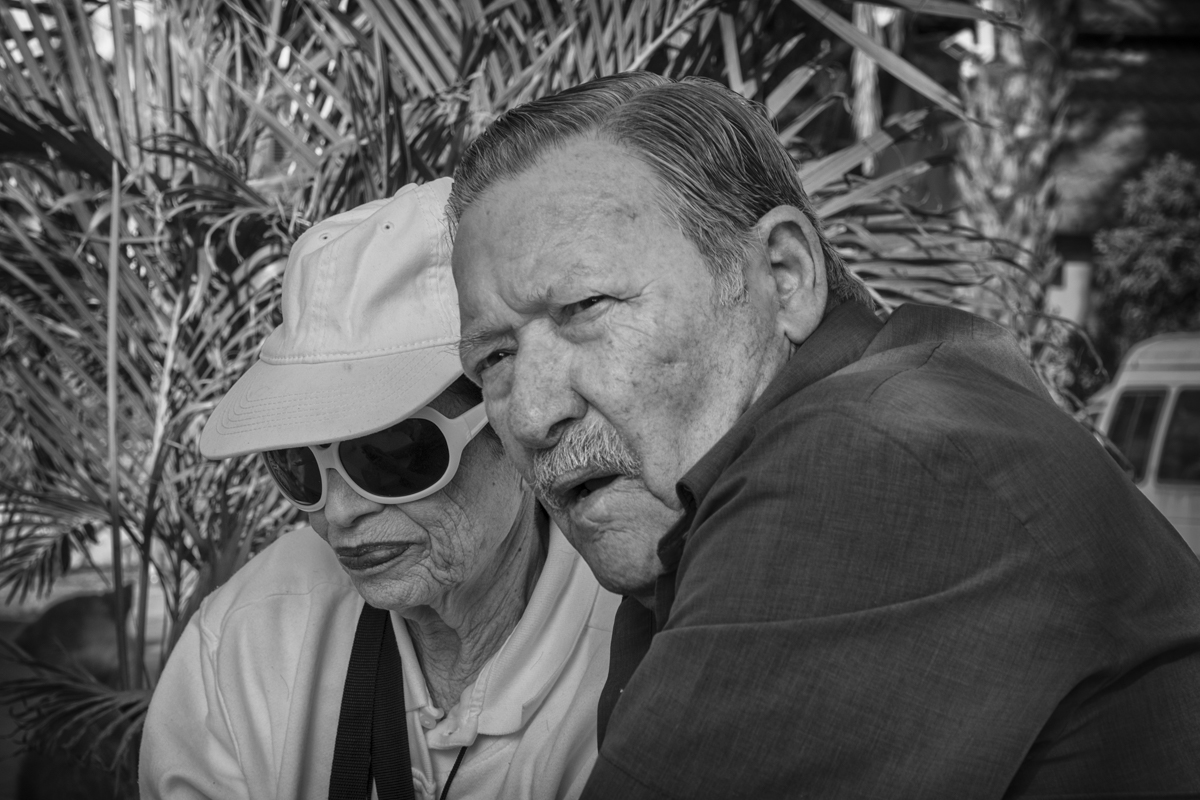 Having one-on-one talks with students of the Merchavim school district: 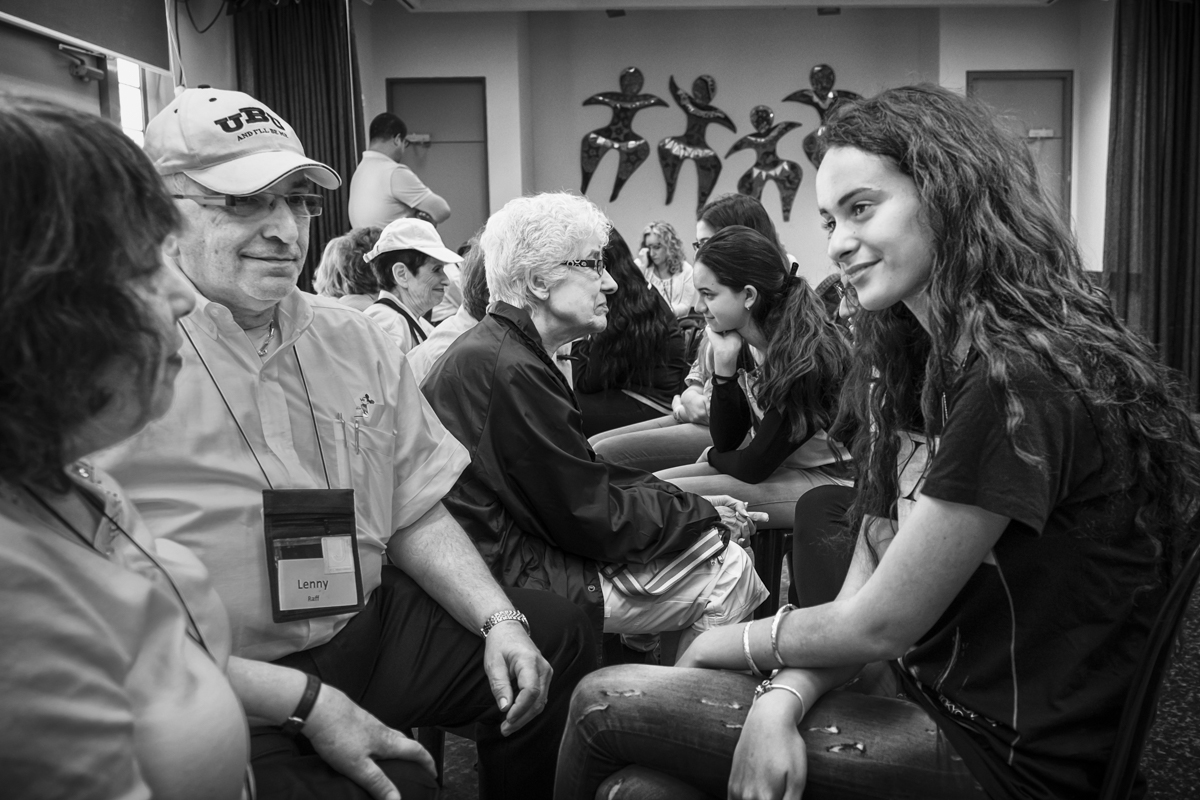 Hearing from the police chief of the Merchavim district about the nightmare of living with rocket and mortar fire: 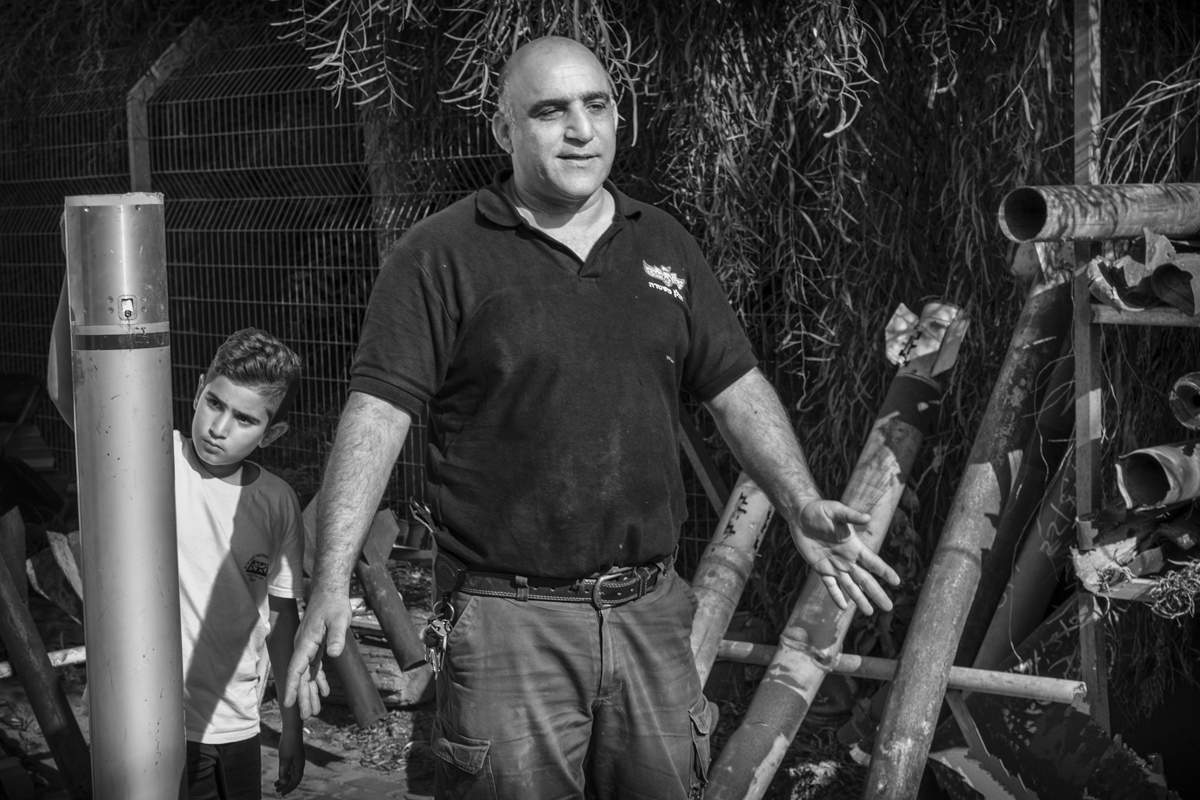 Child's toy, laying in the grass: 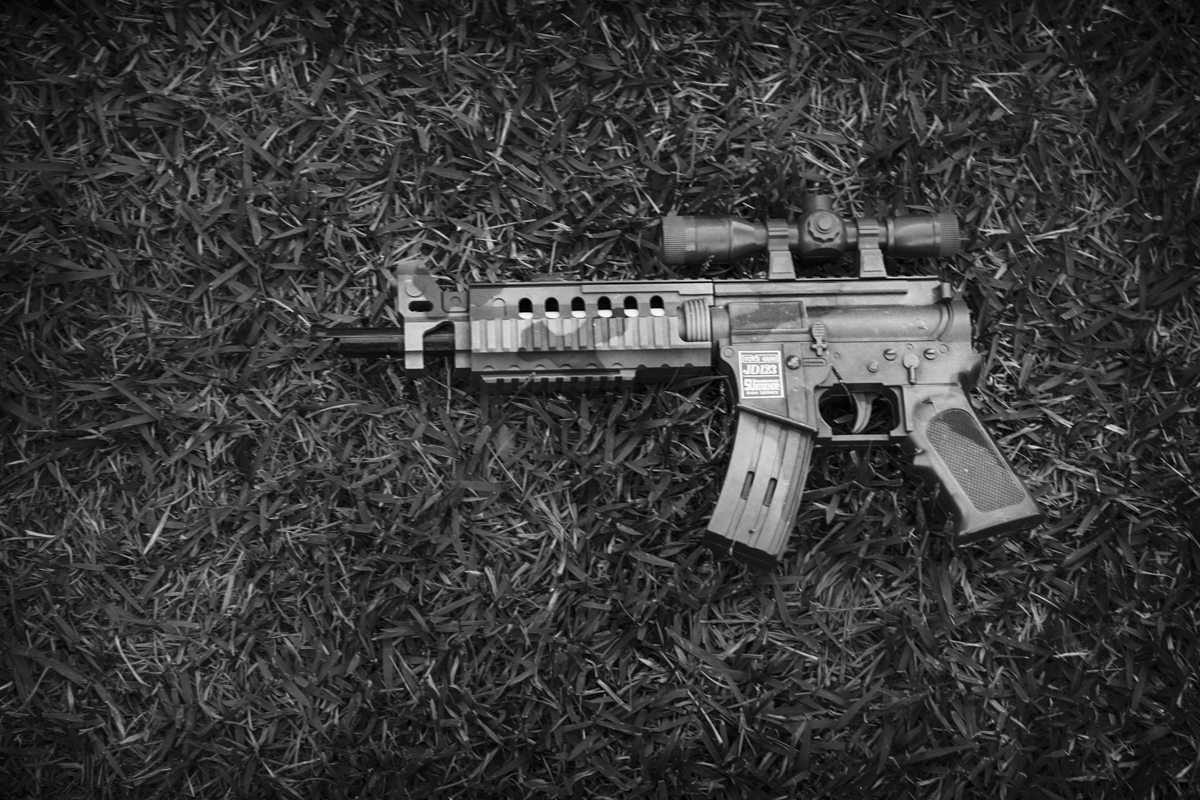 Posted by Fiddlergene at 7:51 PM No comments:


One of the closest access points to the Jewish Quarter of the Old City of Jerusalem is the Zion Gate. Musicians and drummers congregate there in hopes of being hired by a procession to the Western Wall. 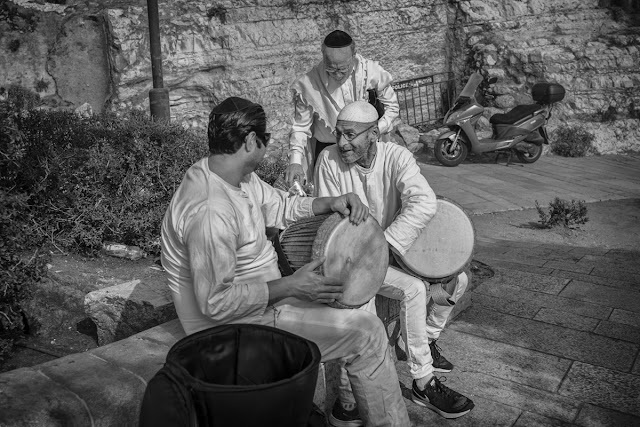 Musicians accompanying a bar mitzvah to the Kotel (Western Wall): 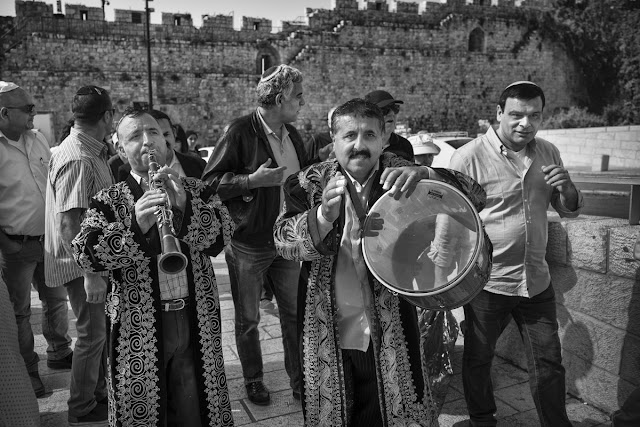 The group I was with on this tour was invited into the home of a sculptor who lives in the Jewish Quarter of the Old city. He took us onto the roof of his house from where we could survey the whole Jerusalem skyline (I may get to processing the skyline photos, but not in this round): 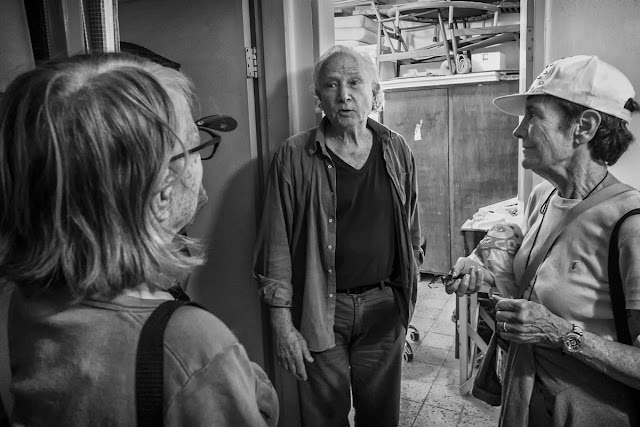 I came home from Israel this past Wednesday (at 5:30 AM, Oh Joy!). It was an awesome trip to an amazing country. The people are beautiful physically and spiritually, their lust for life and determination to thrive and innovate is inspiring. There aren't enough expletives to describe the place or people. And if there were, using them would  become tiresome. There's just no way to explain what it's like to be there. It must be experienced.  The trip was way too short, even for a first exploration. I wish I'd had much more time by myself, but I was with a group and the tour guide was exceptional, so I had to stay up with him. I could have spent many days, even weeks, in each location and still not captured enough of the flavor and vitality of each place. And by the way, the food was extraordinary - I haven't yet weighed myself.

The best way for me to work through and present the photos is according to the schedule of the group. So here's some shots from our landing in Ben Gurion Airport and the first day in Jerusalem.

No matter how much influence, everyone waits at the airport: 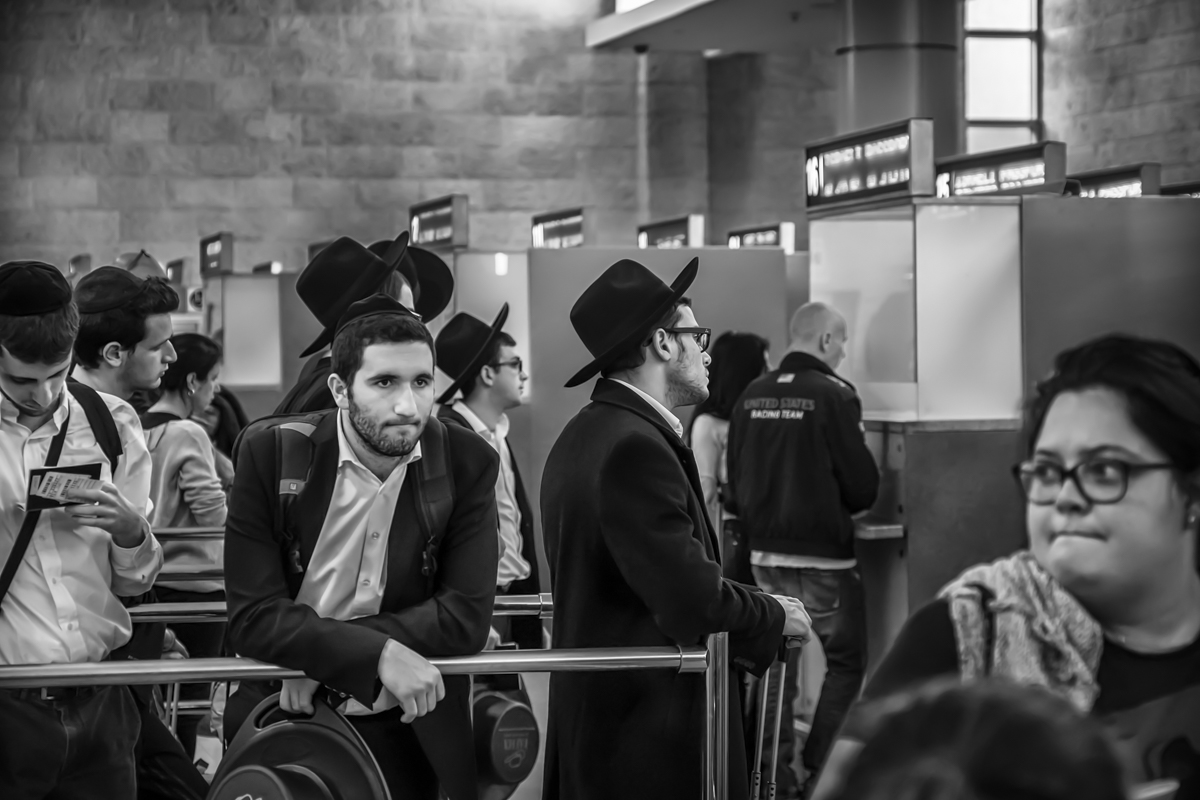 Drummers and beggars at the Jaffa Gate entrance to the Old City: 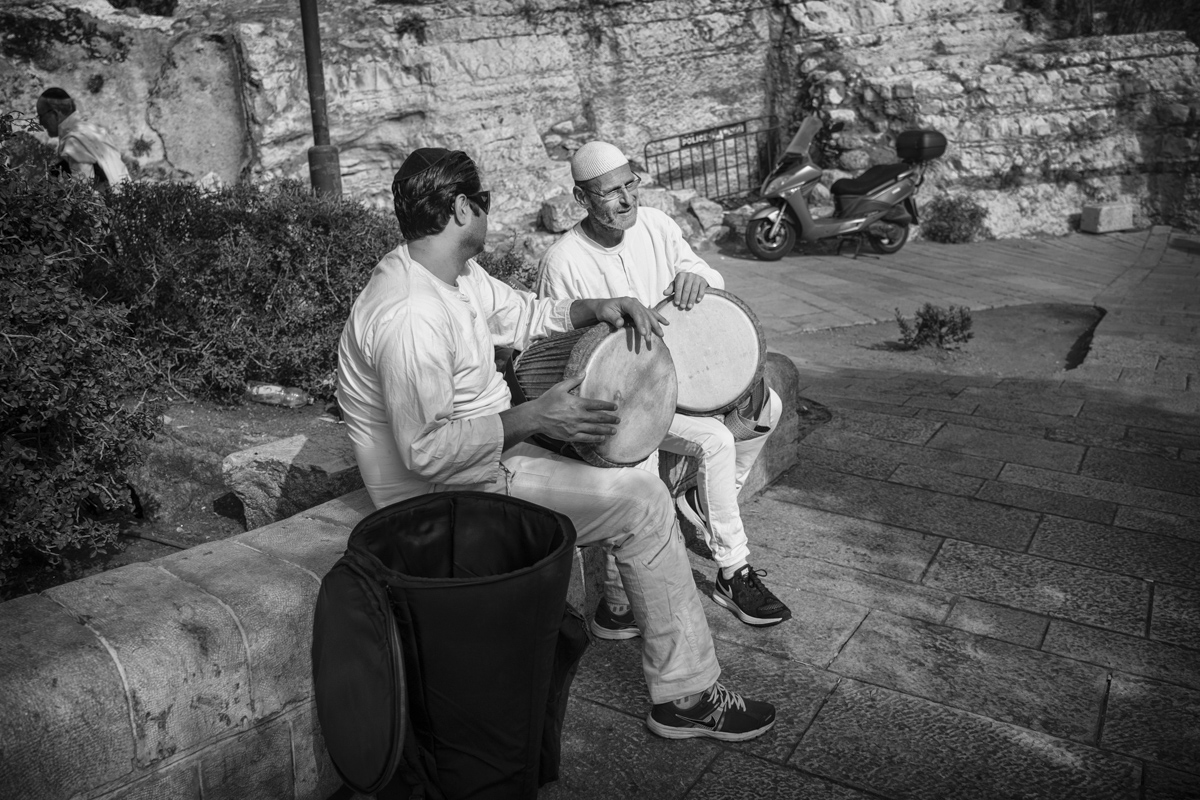 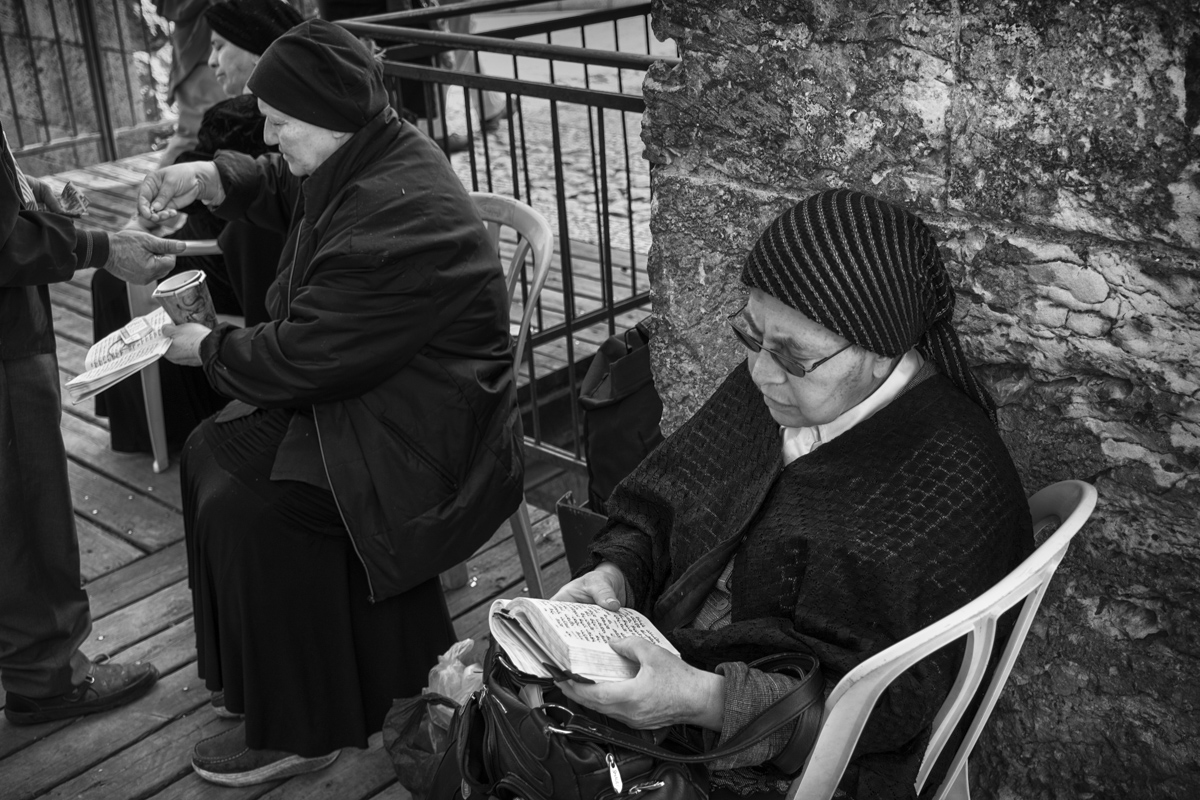 Southern edge of the walled Old City with the dome of the Al-Aqsa mosque: 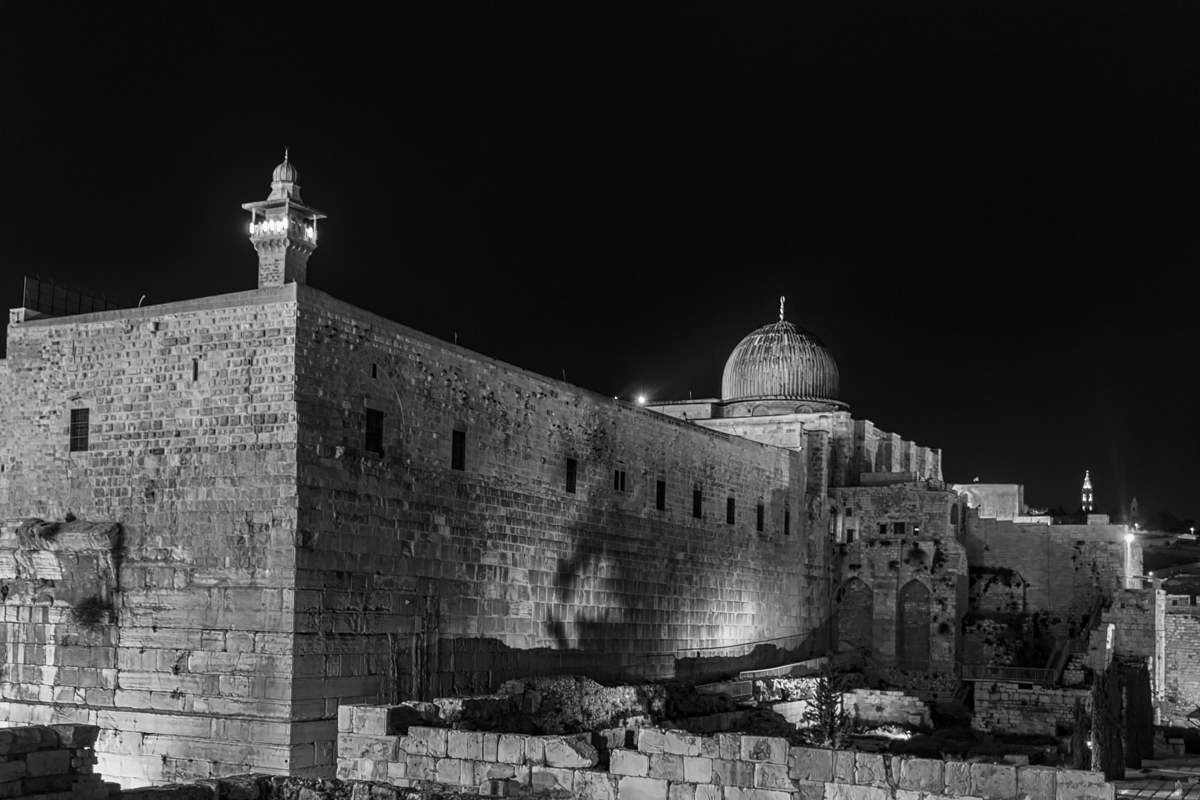 Posted by Fiddlergene at 12:11 PM No comments: