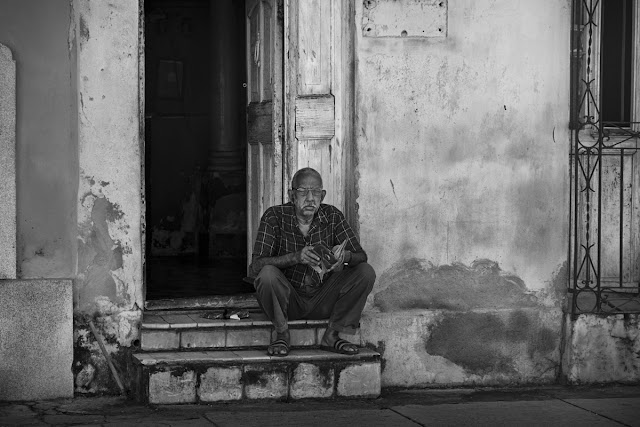 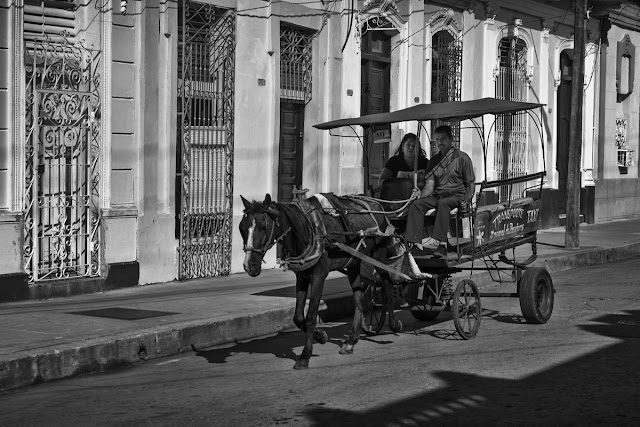 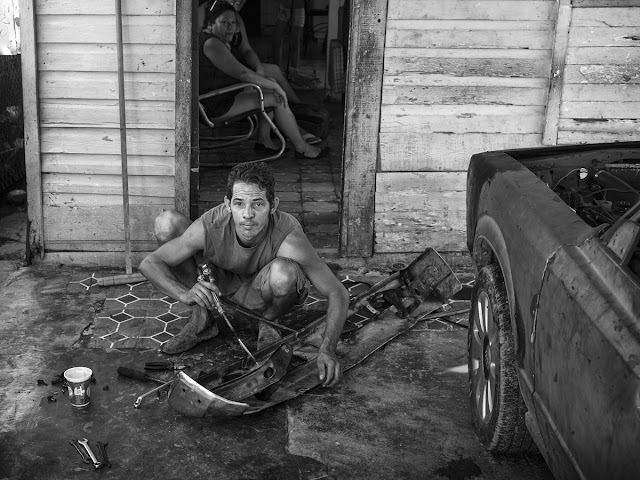 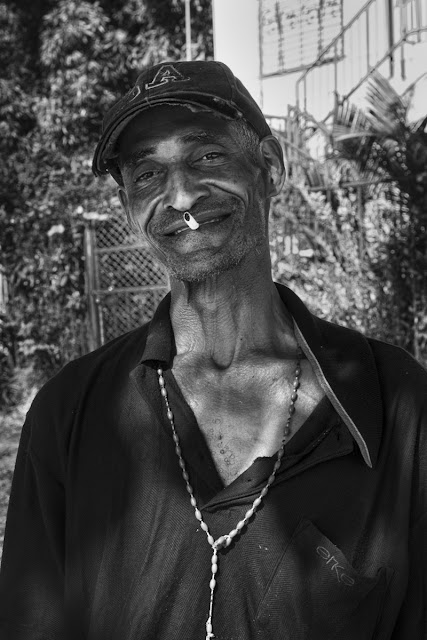 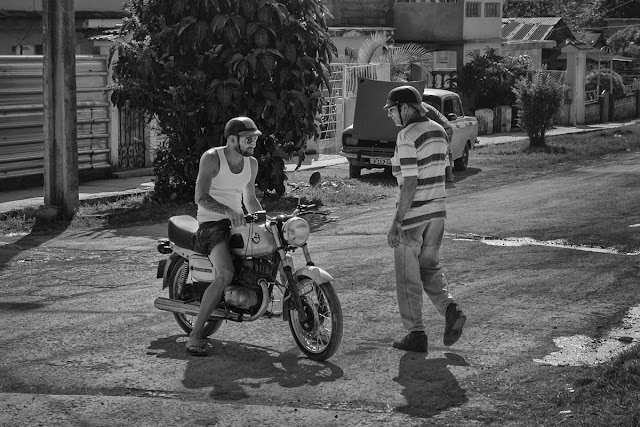 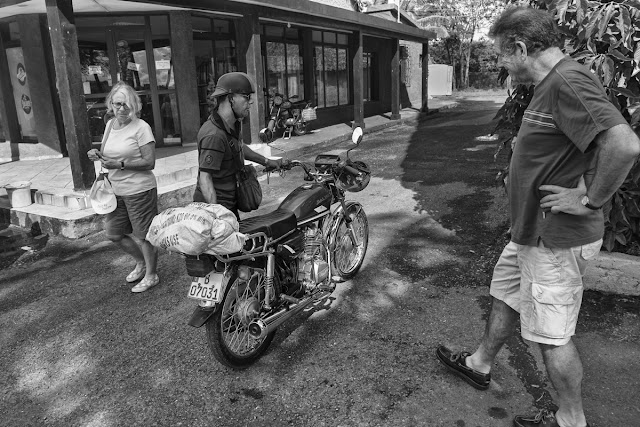 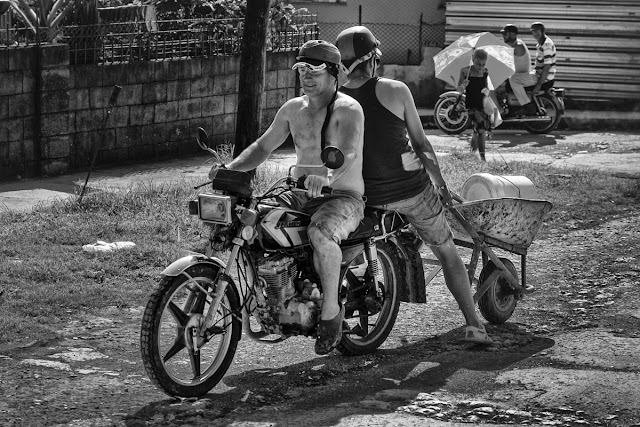 Posted by Fiddlergene at 8:37 PM No comments:

The town of Cienfuegos is a bit more upscale than Havana. Or maybe it seemed that way because less of the infrastructure was crumbling. There's a pedestrian mall with some upbeat stores and a town square that attracts people at all times of day because it's the town's wifi hot spot.

This was the only cross-dresser in town (that I saw): 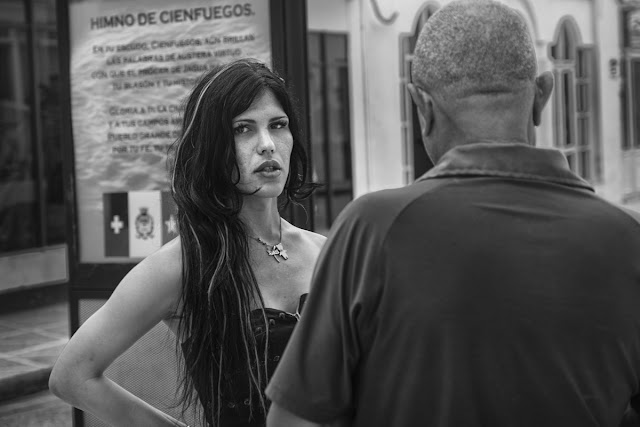 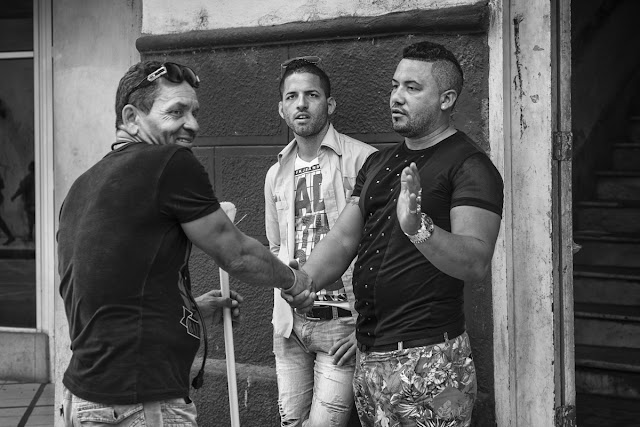 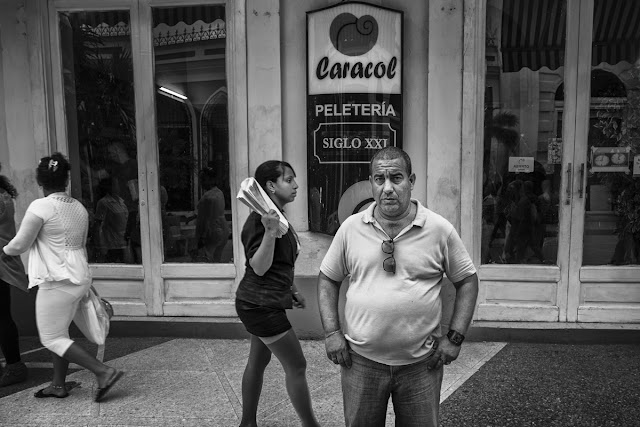 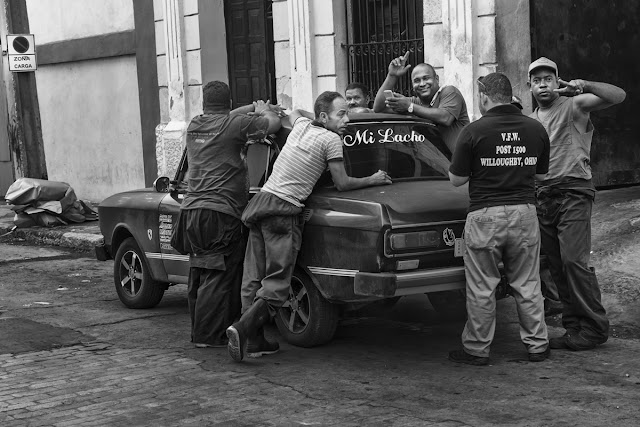 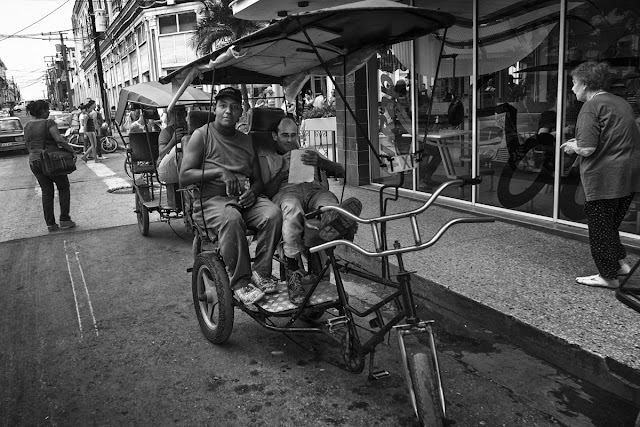 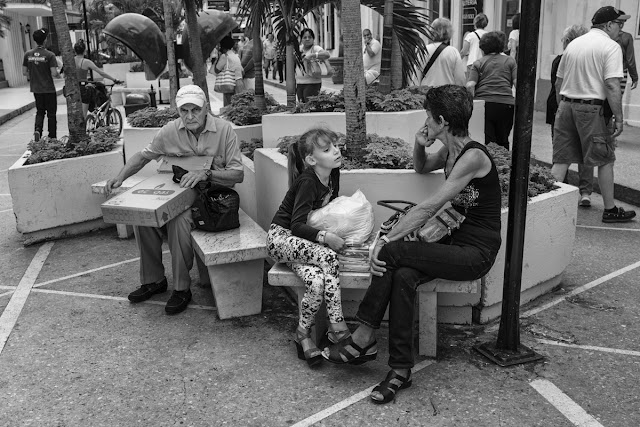 Posted by Fiddlergene at 6:18 PM No comments:

On the third day in Cuba my group took a bus ride to the city of Cienfuegos on the southern coast. The ride took about 3 1/2 hours through the Cuban countryside. Cienfuegos is on a beautiful bay, and has a small Jewish community (that was the focus of our visit to the city) of about 70 people. More on that in a later post.

At a pit stop along the highway: 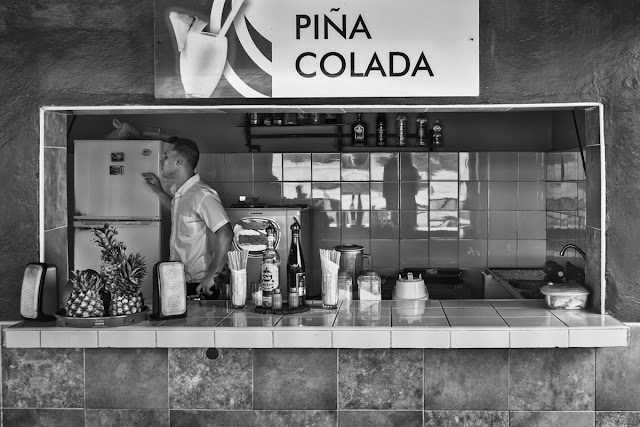 The proud owner of a 'hybrid' vehicle, a work in progress. The old cars of Cuba are all a mishmash  of parts. The Cuban people are creative mechanics who can put a diesel tractor engine in a Buick body. With absolutely no pollution control. 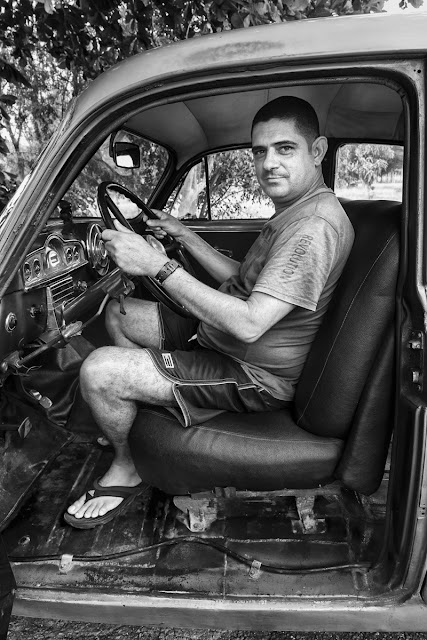 I heard kids voices as I walked down a side street. Stuck my head in the window and the kids started mugging for me. 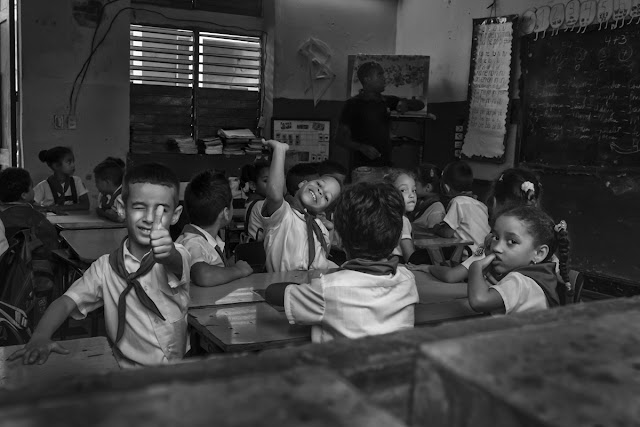 Wagons are an important means of transportation in the countryside. 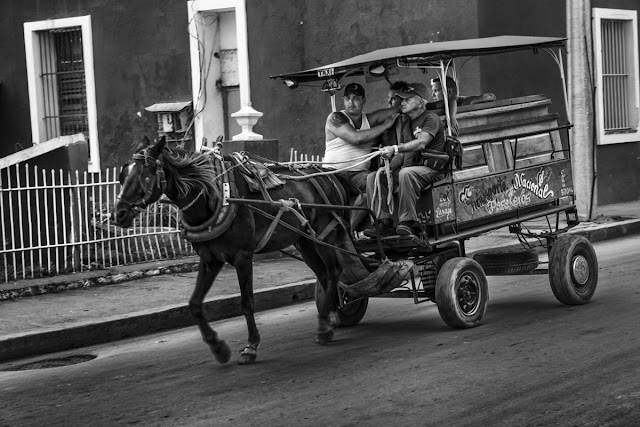 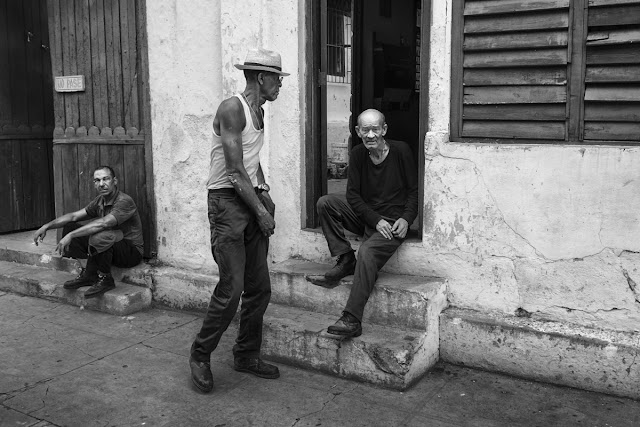 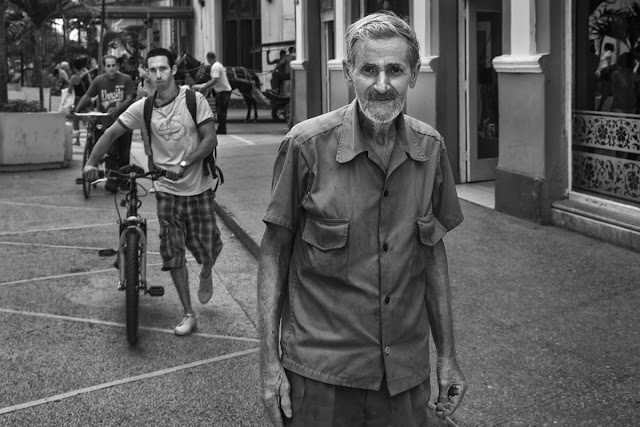 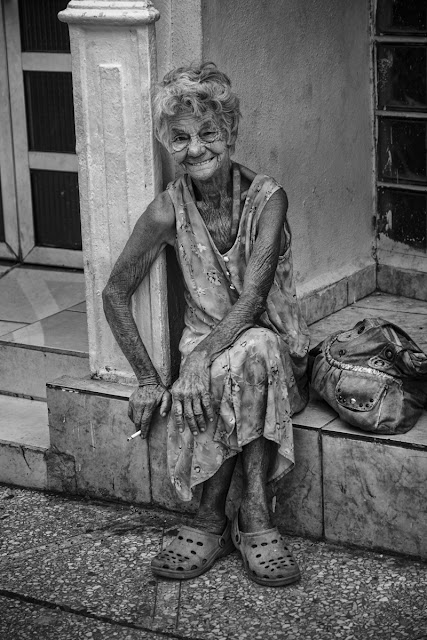 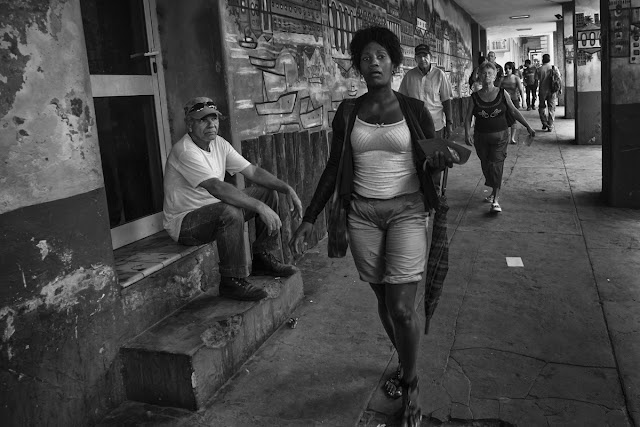 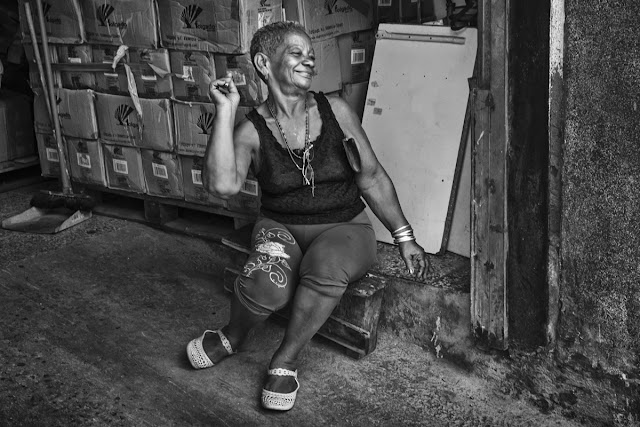 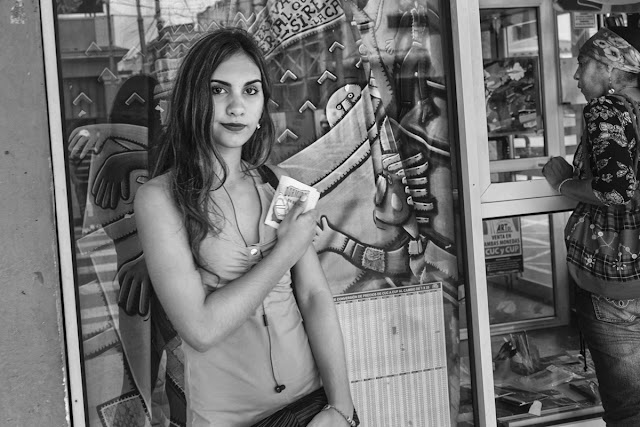 Posted by Fiddlergene at 4:52 PM No comments: