After spending eight days munching on cardboard-like sheets of baked dough, it's a treat to get back to adulterated-loaded-with-carbohydrates-bread. And to celebrate, the Ashkenazi tradition on the first Shabbat after Pesach is to bake Shlissel Challah. The ritual is not without controversy, big surprise there. But braiding and baking challah after Pesach is reason enough to have a social gathering.
Six strands of dough (with plenty of yeast), left to rise, and baked for 40 minutes. Yummy!

Of course, the rabbi has to get his two cents in: 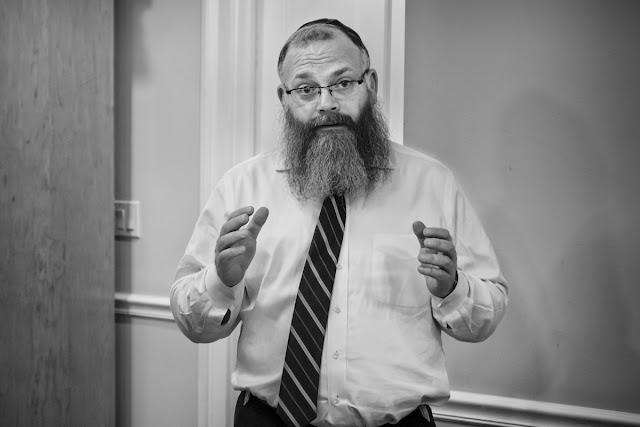 And the kids get to play with real dough: 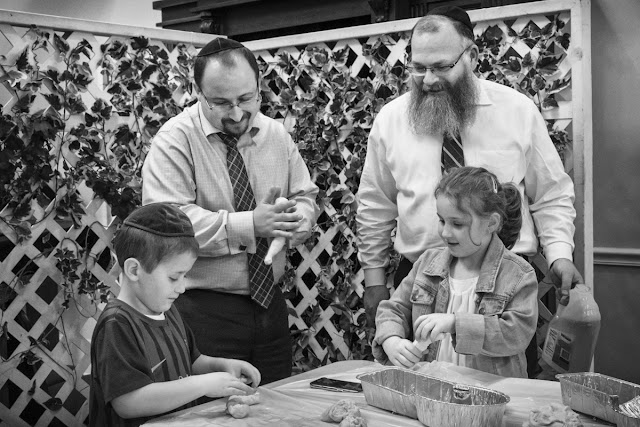 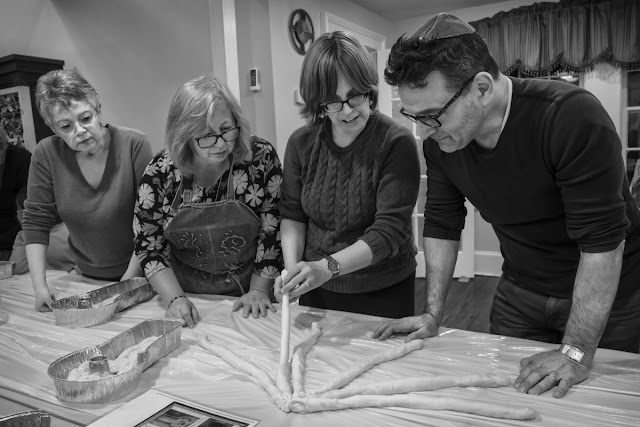 Quite an intricate weave: 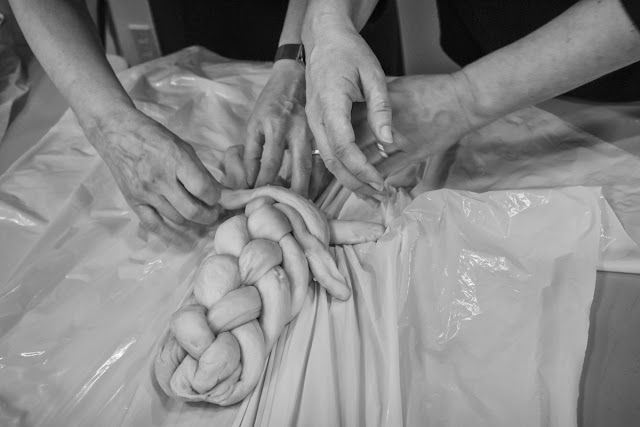 Almost ready for the oven: 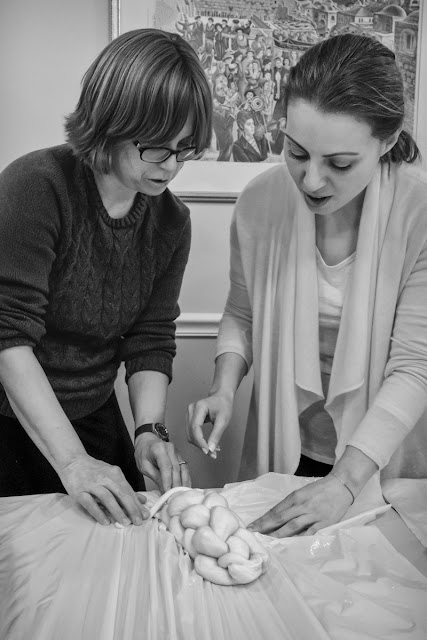 Posted by Fiddlergene at 6:51 PM No comments: