The festival of Pesach celebrates what probably was the defining event in the history of the Jewish people. The liberation of the Israelites from Egyptian bondage (the slavery lasted a bit over two hundred years) was the beginning of forging the Israelite tribes into a coherent nation. It happened over four hundred years after G-d promised Abraham that his children would become a great nation. But there's another story embedded in the festival - the culmination of man's move from idolatry (the story of Abraham leaving his home and family in Babylon) to monotheism. After the eight days of Pesach, forty nine days to be exact (a period of time we call the Omer) we celebrate the holiday of Shavuos which commemorates Moses receiving the Torah - the first five books of the Tanakh at Mount Sinai.

One of the most important symbols (probably the one most identified with Pesach) is matzoh - a flat wheat bread baked quickly without leavening so that there is no 'rising'. It's called a 'poor man's' bread, so most highly observant Jews eschew mixing the wheat dough with eggs or any flavoring. The entire process of producing matzoh - from the mixing of the flour with water to the end of the baking process (in ovens that are at 2000°F) lasts not a second more than eighteen minutes so as to prohibit the possibility of any rising of the dough.

The best way to teach our children about the story of Pesach is to get them actively involved, to actually make matzah.

Pouring the wheat kernels into a grinder: 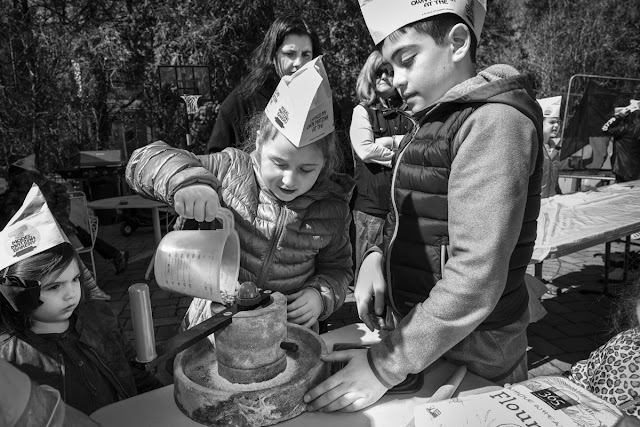 Grinding the kernels into flour: 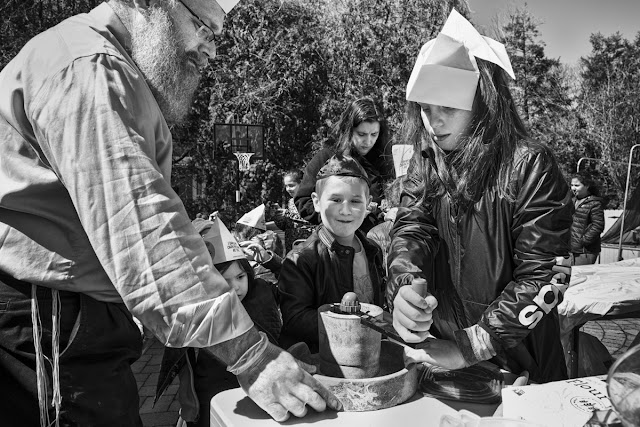 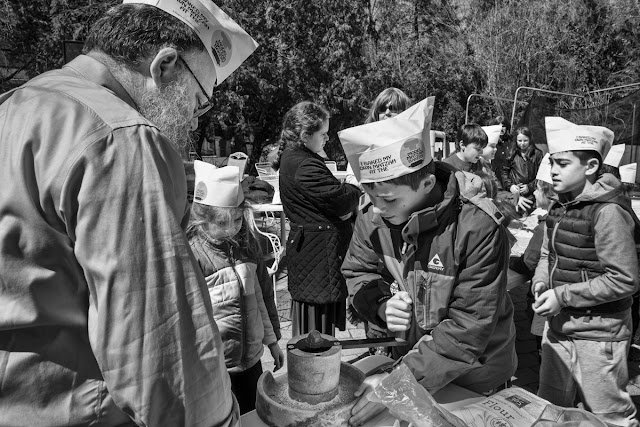 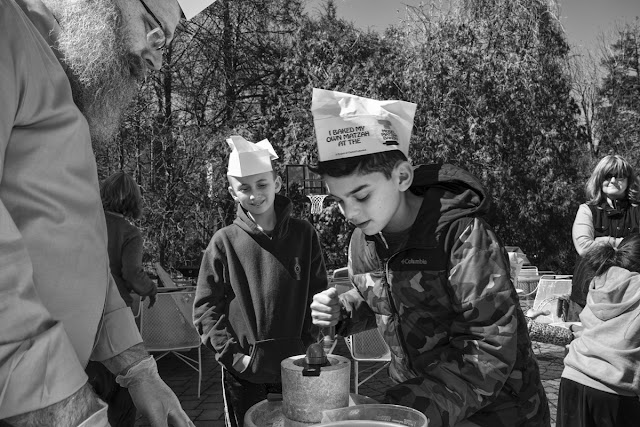 Pouring the flour into a mixing bowl: Adding water to the flour: 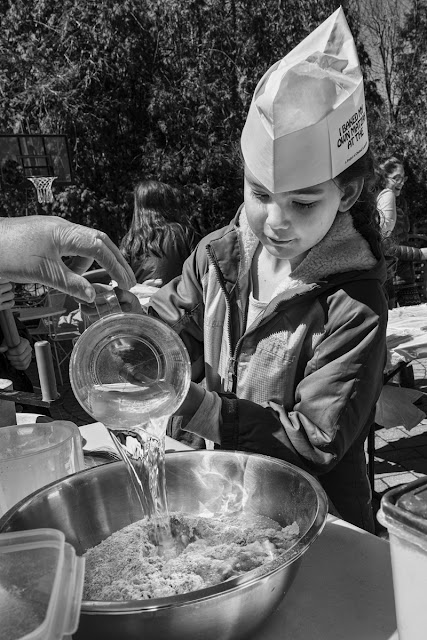 The rabbi mixes the flour into dough: 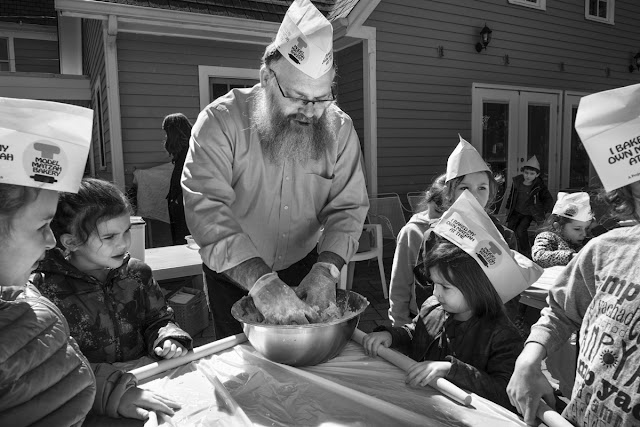 Rolling the dough into flat patties: 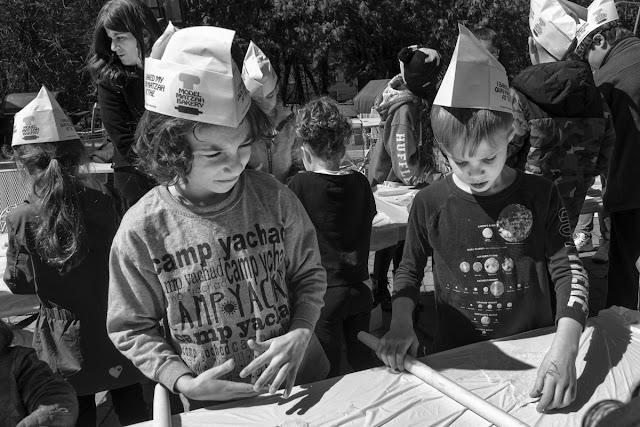 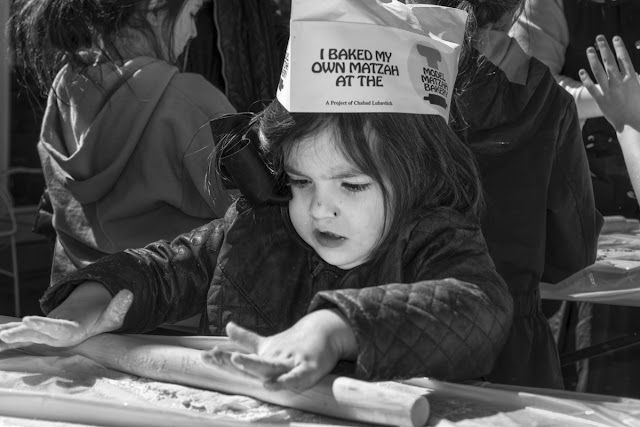 Putting the raw matzoh into the oven: 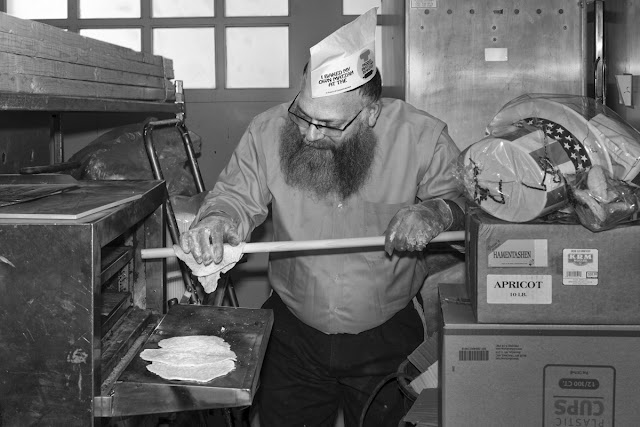 Posted by Fiddlergene at 6:58 PM No comments: