One of the most picturesque areas of Jerusalem to my taste was the open air market of Machane Yehudah. It's a small section of the Nahala'ot neighborhood that has vendors of dried fruits and nuts, halvah, baked goods, meats, with some scattered coffee shops and other vendors. Beginning on Wednesday afternoon and all day on Thursday the market is a beehive of activity. On Friday morning and afternoon, when Jerusalemites are finishing their shopping for Shabbat the streets and alleys are just about impassible. I had but an hour or so to spend there, but on my next trip back I plan to spend many days there.

An artist selling his latest work: 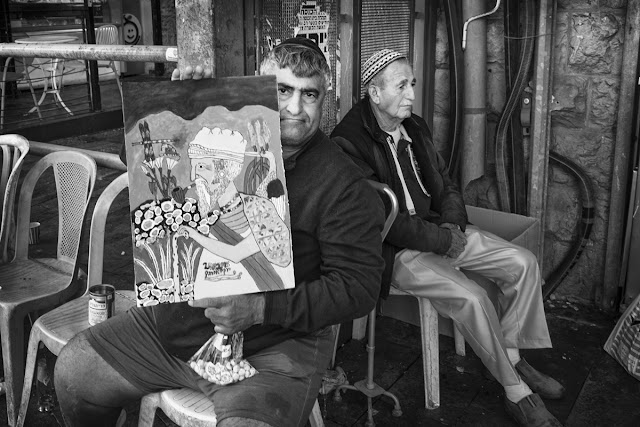 Tasting the merchandise before buying: 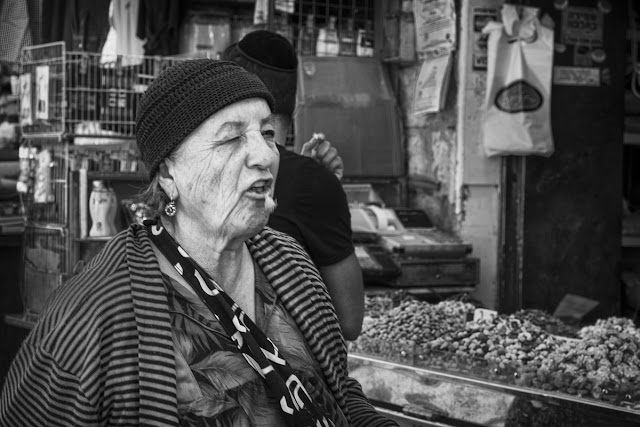 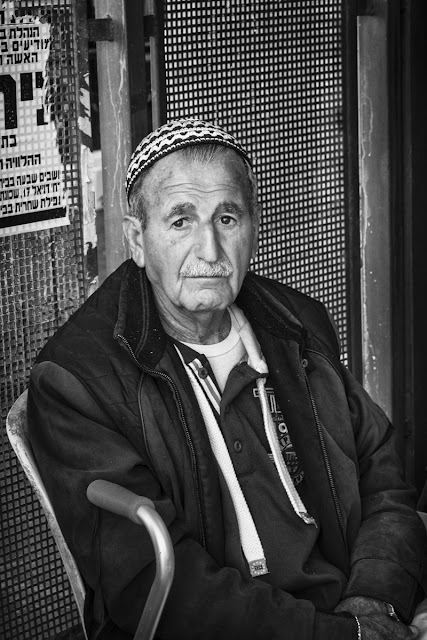 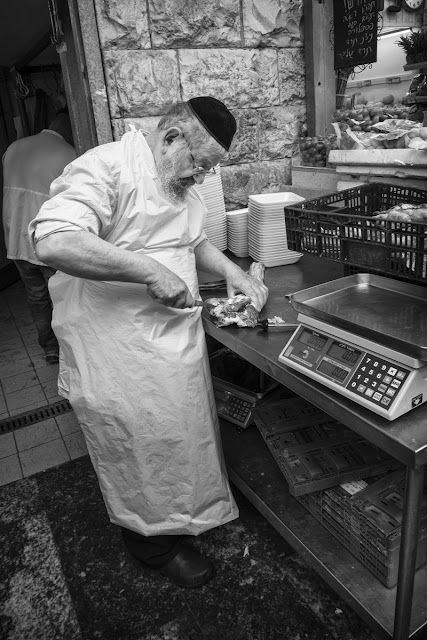 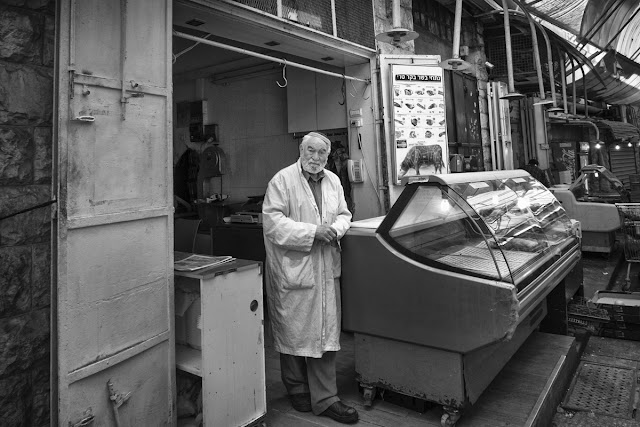 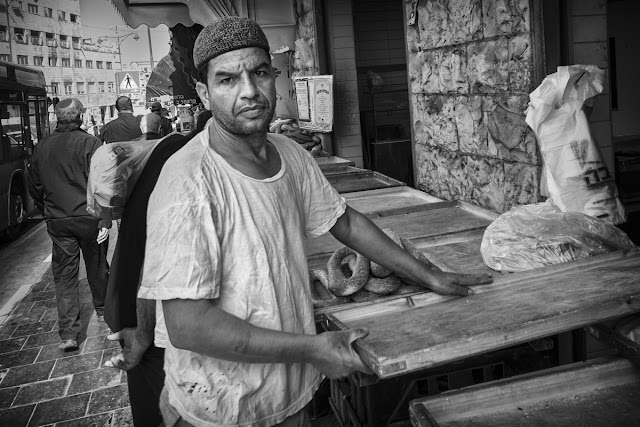 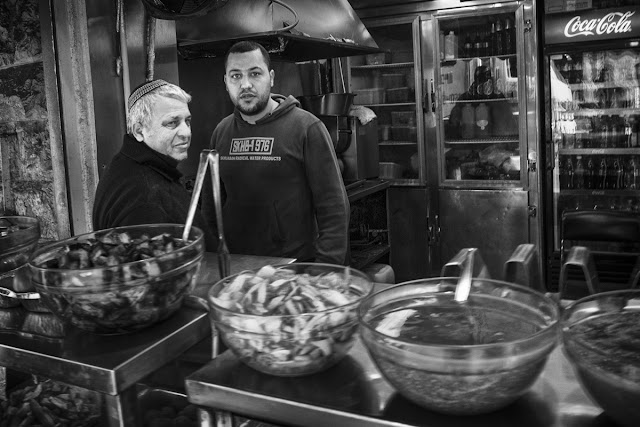 Posted by Fiddlergene at 9:08 PM No comments: 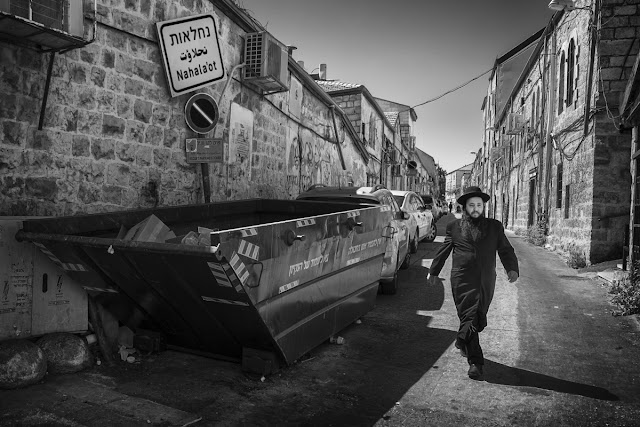 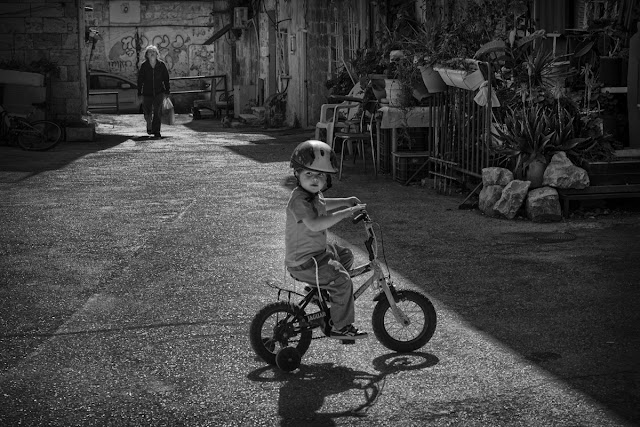 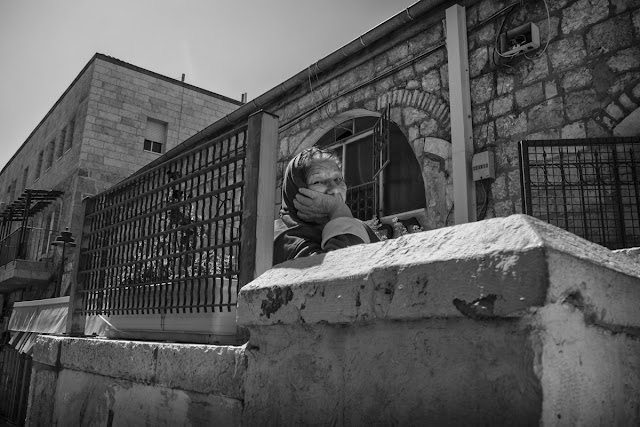 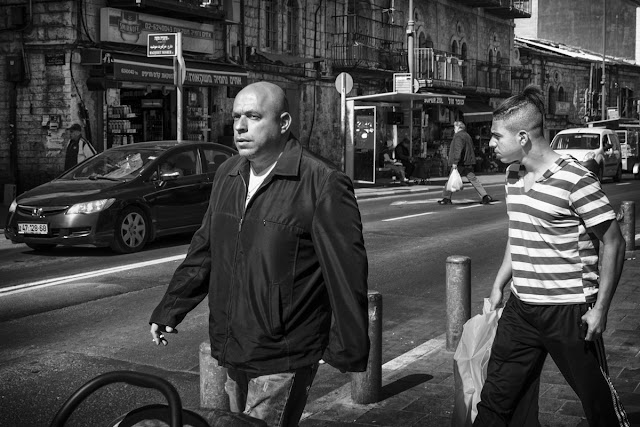 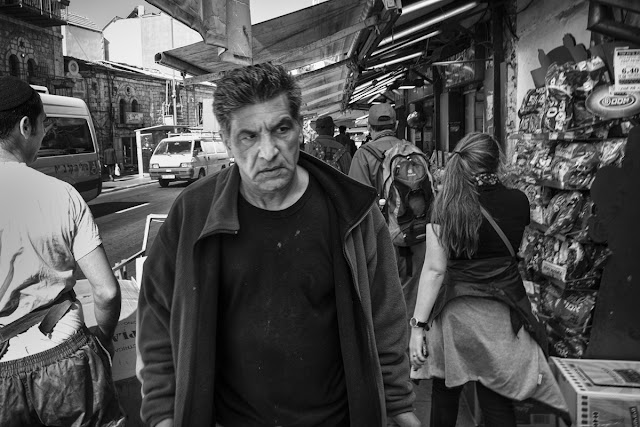 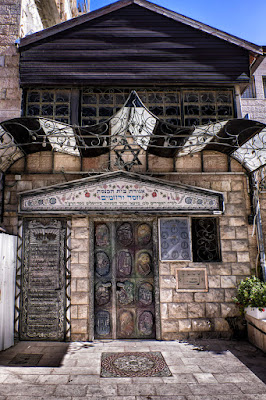 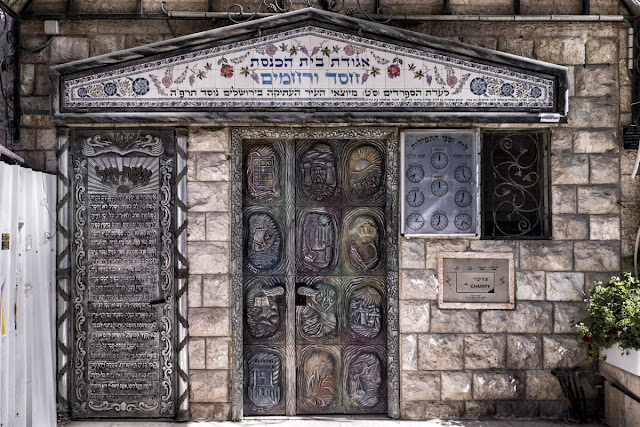 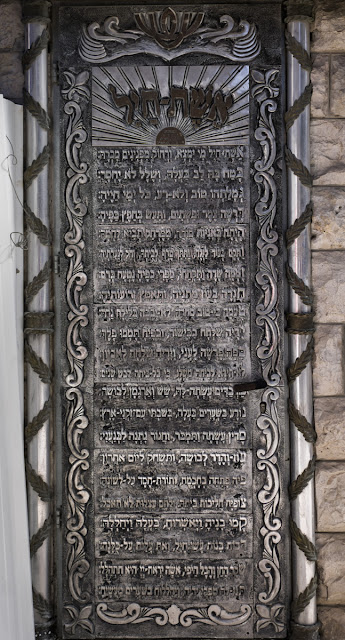 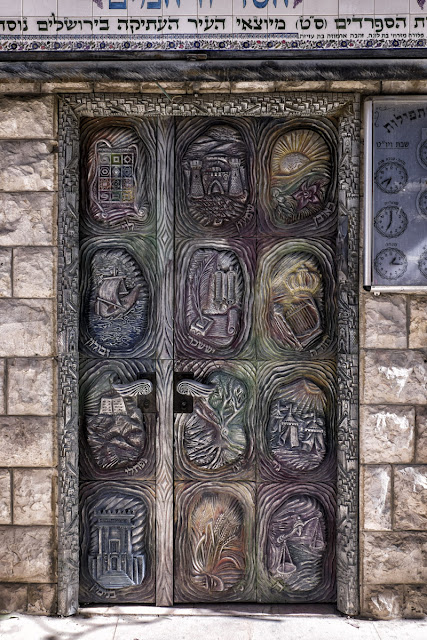 Posted by Fiddlergene at 8:46 PM No comments:

At the Jaffa Gate, returning home after Shabbat services at the Kotel: 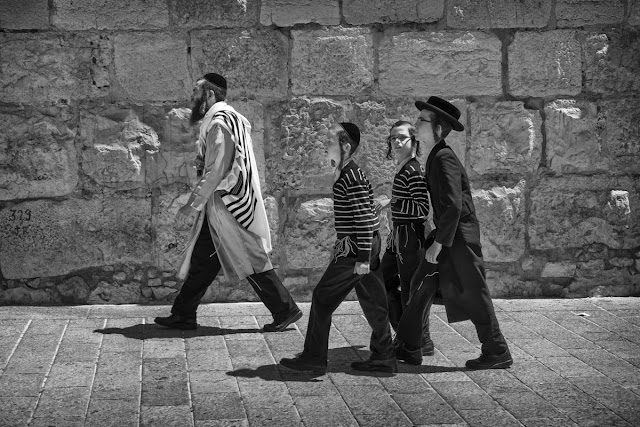 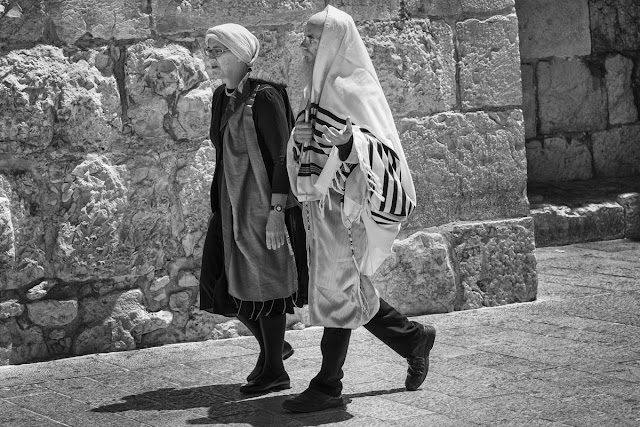 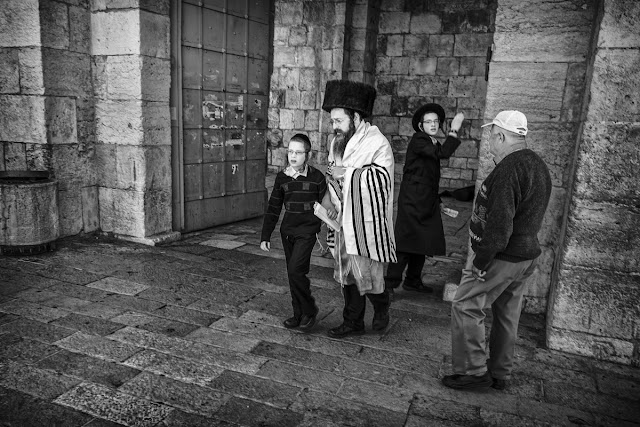 In the Christian Quarter: 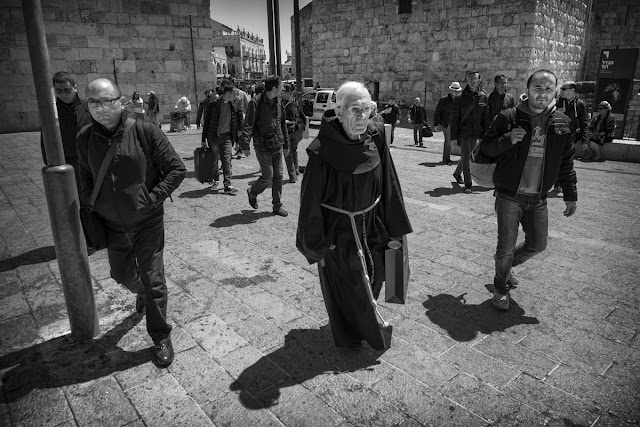 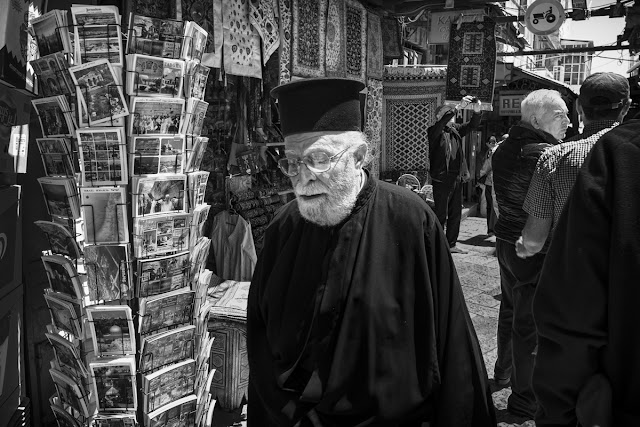 The entrance to the Church of the Holy Sepulcher: 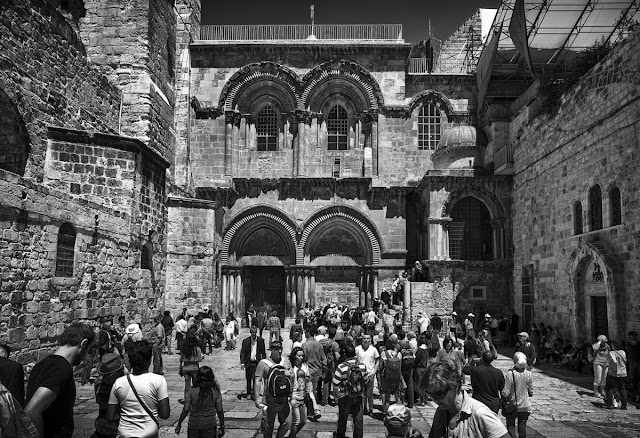 The interior of the Dome of the Church, with light beams shining on the rock that originally covered the cave opening of Jesus' burial place: 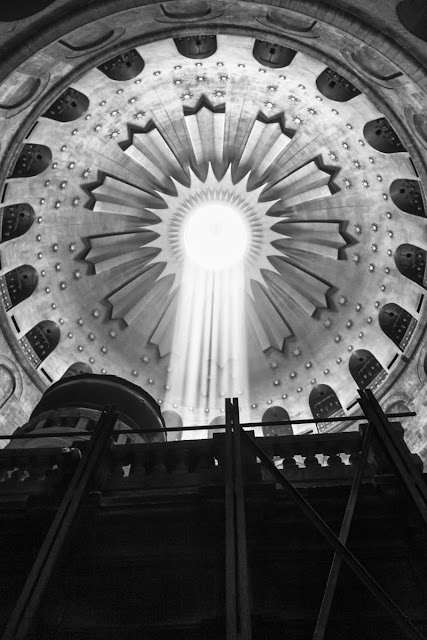 The walls of David's Citadel at night, before the beginning of the light show: 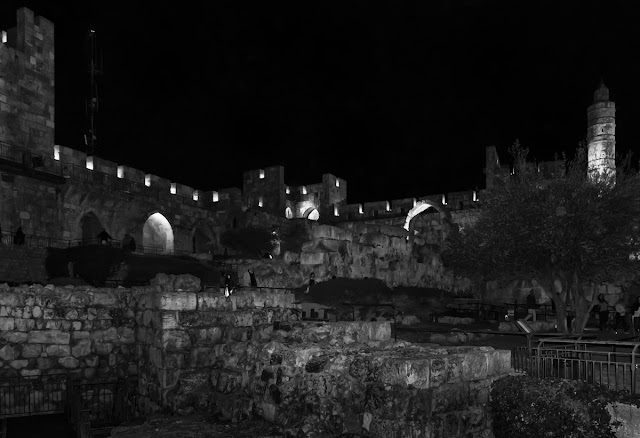