A few weeks ago I attended a hasidic wedding. The event was rich with images and in quite a few cases I got several interesting shots of the same people from a slightly different angle or a few moments apart. Sitting at the head table of the 'cocktail' hour before the ceremony was a grouping of rabbis with interesting expressions. I like all three shots. But posting them helps to see which one stands out more than the others. Well okay .... I just realized that the first shot has four rabbis in it, so shoot me ...... 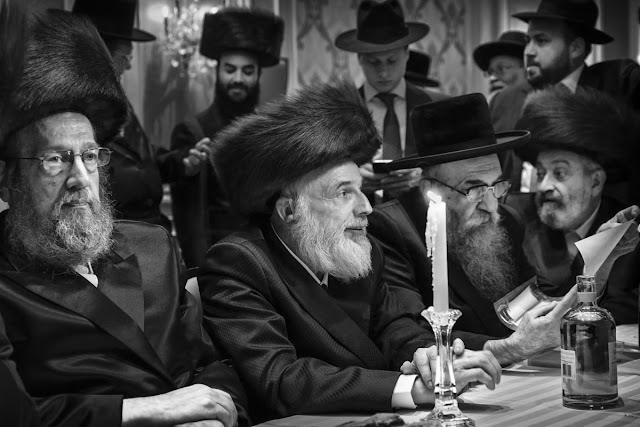 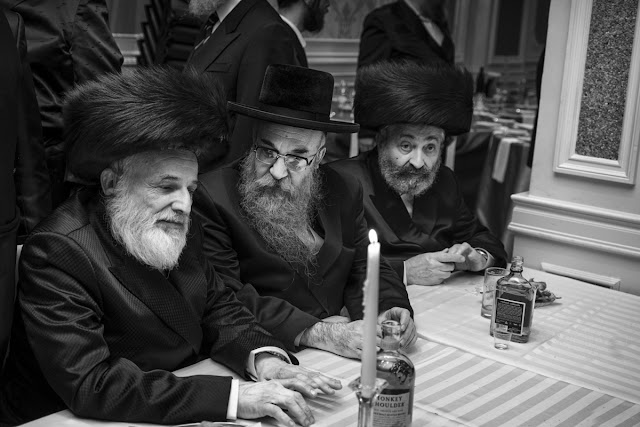 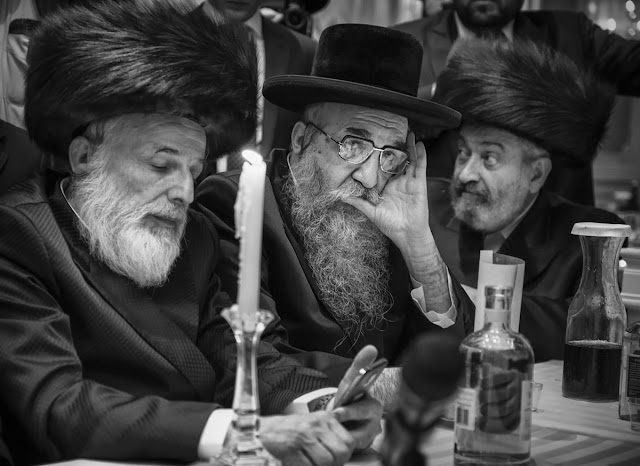 Posted by Fiddlergene at 9:46 PM No comments:

The days between Rosh Hashanah and Yom Kippur are referred to as the Ten Days of Repentance. On Rosh Hashanah (New Year) we ask G-d to inscribe us in the Book of Life, and on Yom Kippur (the Day of Atonement) the book is sealed. But G-d can only forgive our sins agains him after we have sought out and made amends to the people in our lives who we have wronged. That's our job during the intervening days. There's also a ritual of redemption that is not mentioned in either the Torah or the Talmud, but seems to have crept into Jewish practice sometime around the Ninth Century CE. It's called Kaparot.

The practice involves transferring our sins to a live chicken by swinging it over our heads three times and reciting a particular prayer each time. The chicken is then killed by a kosher butcher and then donated to feed a needy family. Only a small fraction of Jews today use a live animal. Most use coins then donate the money to the needy as an act of tzedakah. The animal practice was never completely integrated into Jewish practice, and in fact was specifically opposed by several Jewish sages, not the least of which was Nachmanides (Ramban). Controversy aside, what is important about the ritual is that we attempt to rid ourselves of sin before the twenty-five hour fast for Yom Kippur. 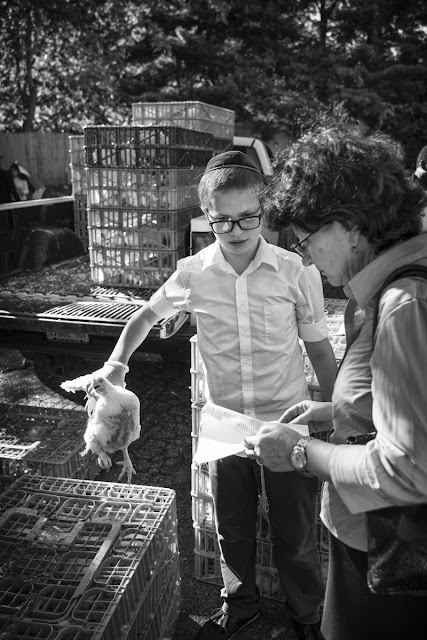 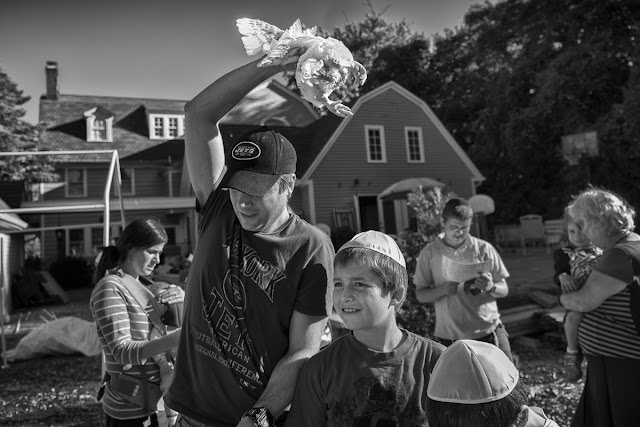 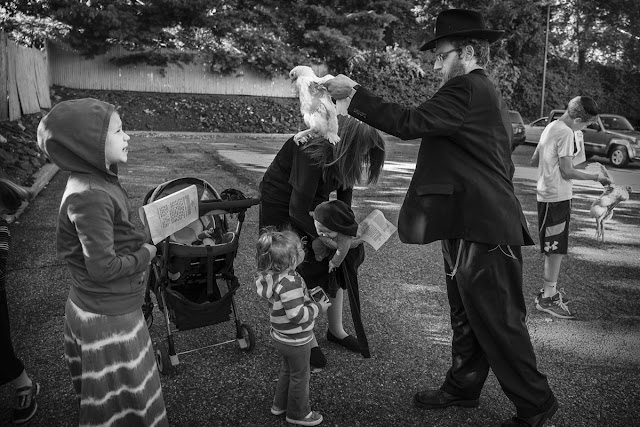 Posted by Fiddlergene at 8:48 PM No comments: