A Walk in Williamsburg, Brooklyn - Part 3

A few more shots from my walk in Williamsburg last Sunday. Chanukah is coming and the events are beginning to happen. It's one of the two rabbinically ordained festivals (the other being Purim) and celebrates the victory of the Maccabees in throwing off the yoke of the Syrian Greeks who wanted the Jews to assimilate and accept the supposed superiority of Greek logic over Jewish faith in G-d. 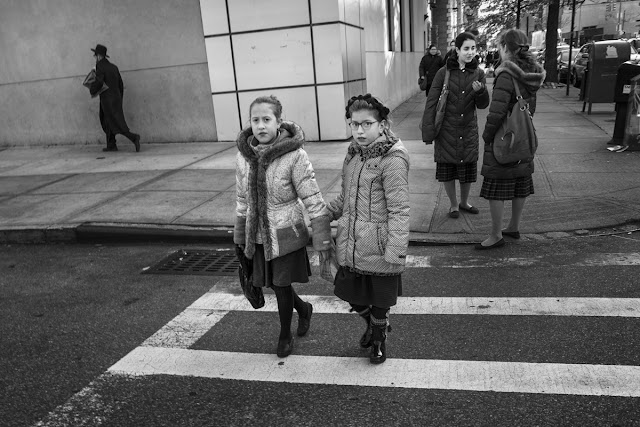 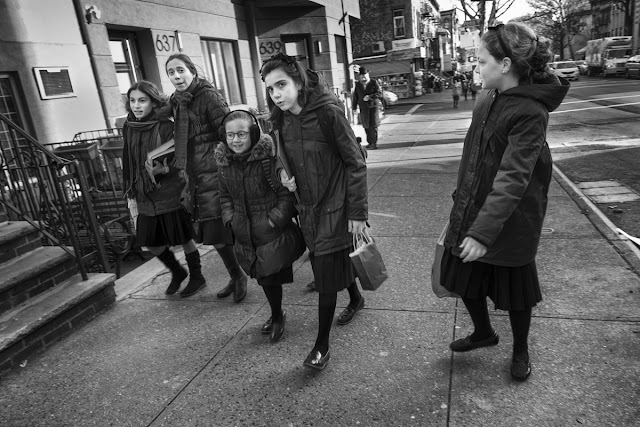 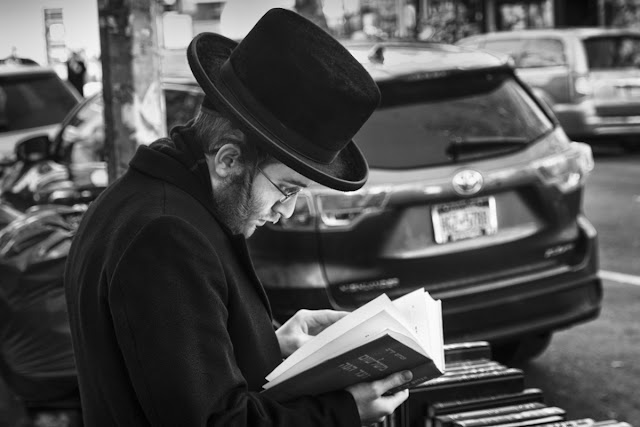 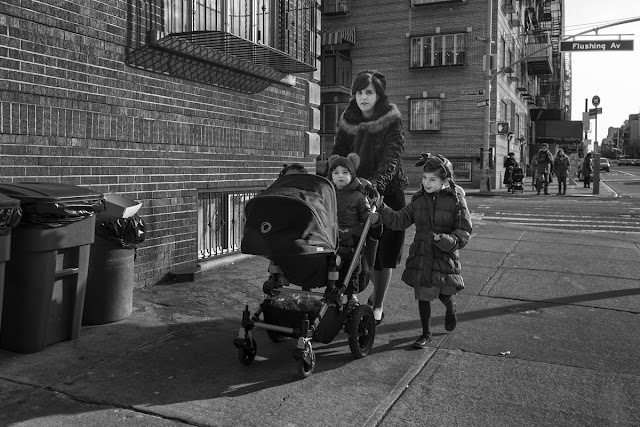 Posted by Fiddlergene at 4:21 PM No comments:

A Walk in Williamsburg, Brooklyn - Part 2

I have some routes I take through neighborhoods in which I photograph. But I hadn't been to Williamsburg for quite a long time, so I just made a right turn on Williamsburg Street West because I saw a group of men standing in front of what turned out to be Congregation Yetev Lev D'Satmar, a very large synagogue within the Satmar community of Chassidim.

As I walked towards the group, two men walked in my direction. When they got close one of them made a joking comment to me about taking a photo of him, and so began a conversation that took an interesting twist. Turns out that the mother of the other of the two men came from the same town in Hungary that was the home of my paternal grandparents. And my grandmother's maiden name was the same as his mother's. So we may very well be mishpucha.

It's a small world! 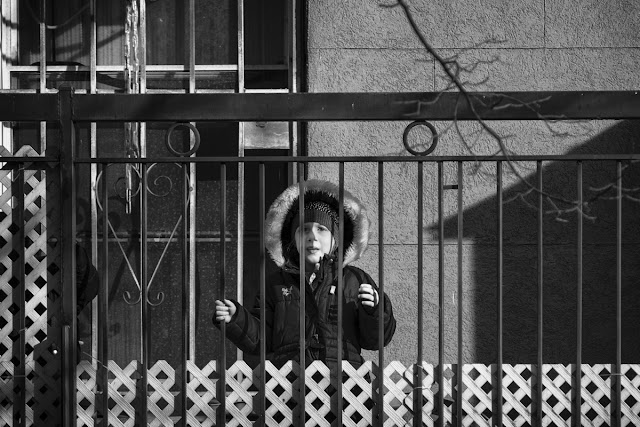 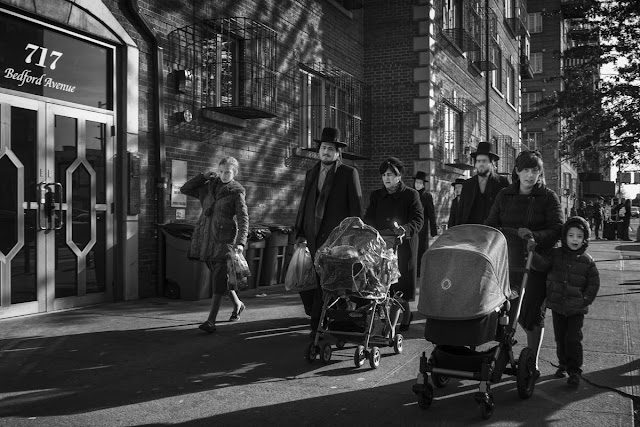 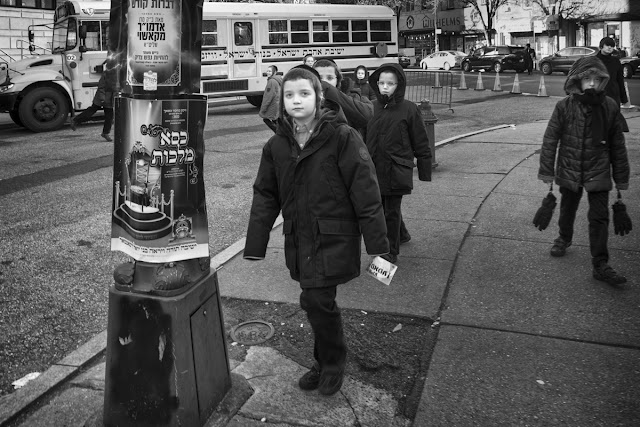 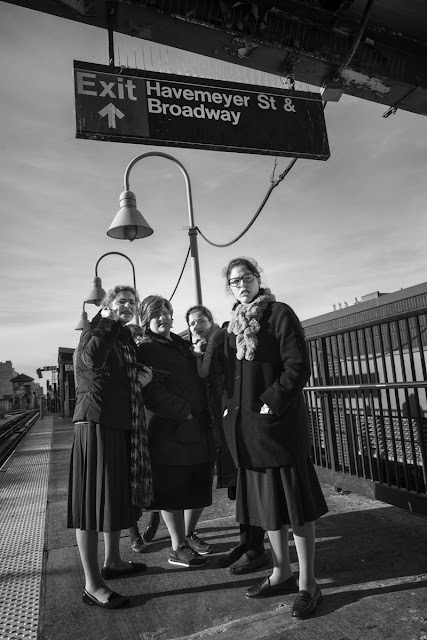 Posted by Fiddlergene at 3:54 PM No comments:

A Walk in Williamsburg, Brooklyn - Part 1

In the beautiful crisp autumnal weather yesterday I took a walk through the Williamsburg section of Brooklyn. It's been an up and coming gentrifying neighborhood for several years now, but mostly on the north side of Broadway. The area between Lee Avenue and Flushing Avenue is the heart and soul of the Satmar Chassidic community. The sect is one of the more closed and insular of all the Chassidim, and they maintain very traditional Eastern European modes of dress. Generally, they are very camera shy because many tourists visit the area to photograph the 'peculiar' dress and culture, especially on Saturday which is the Sabbath day of rest - seems inconsiderate to me. I've had some stand-offish reactions from people, but recently the community has become more open and accepting.  I usually try to start conversations with people along the way. This time I was very surprised by a chat I had with a gentleman on Williamsburg Street West. More on that next time. 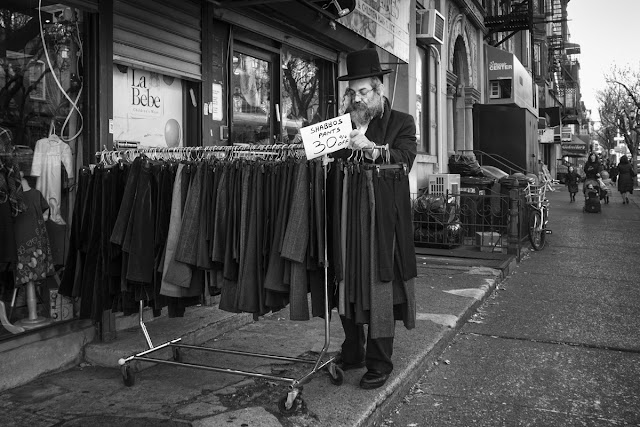 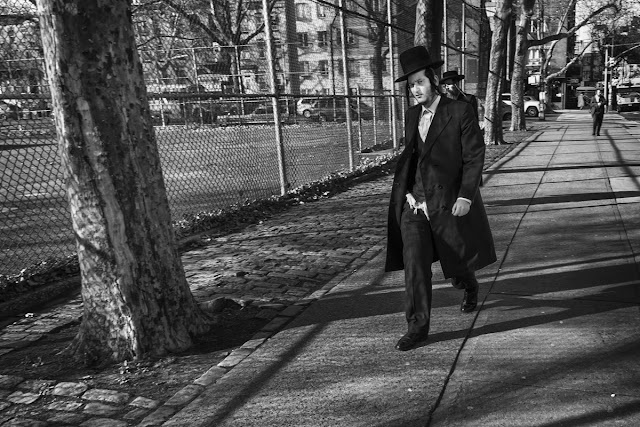 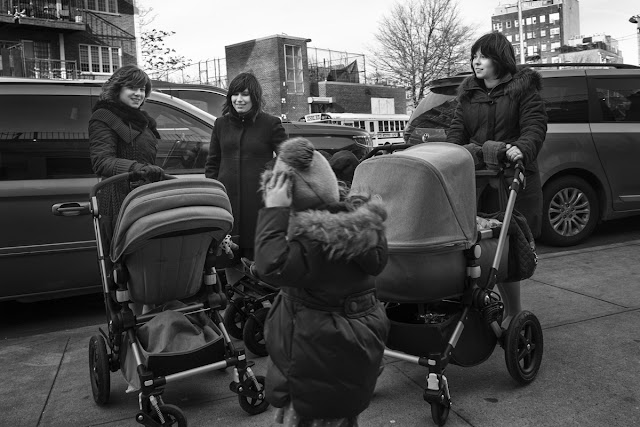 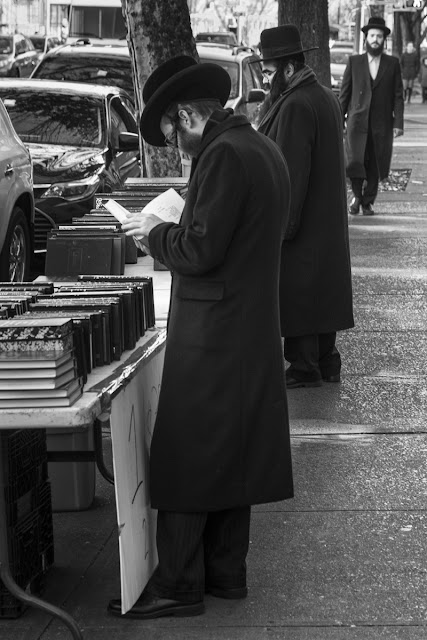 Posted by Fiddlergene at 2:46 PM No comments: