After I posted the previous set of photos about the ritual of Kaparot, and in spite of the link which I provided that explained the practice and its roots, I received several indignant comments. The ritual is not biblically mandated. It developed during the early Talmudic period as a practice which found its roots in the oral law.

During the late period of the Second Temple a group called the Sadducees became ascendant. Its practices were based on denial of relevance of the oral Judaic law which evolved into the Talmudic Mishna and later the Gemara. The group faded into oblivion as did several other bizarre sects, never to be heard from again. Until recently, that is - with all the self-indulgent chest-beating expressed by animal rights activists.

Here's another chance for them bow off some moral indignation. Kaporos in Crown Heights, the morning of Erev Yom Kippur. 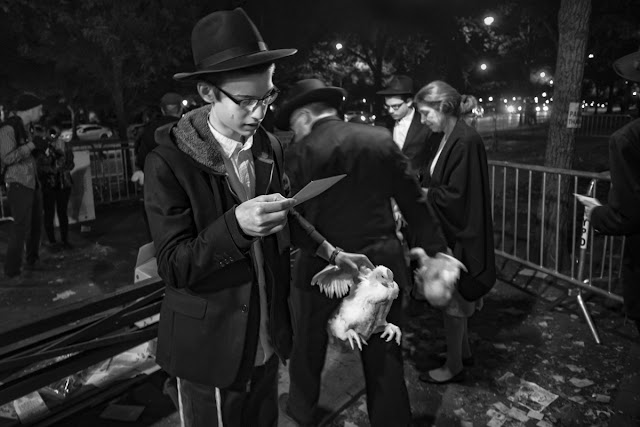 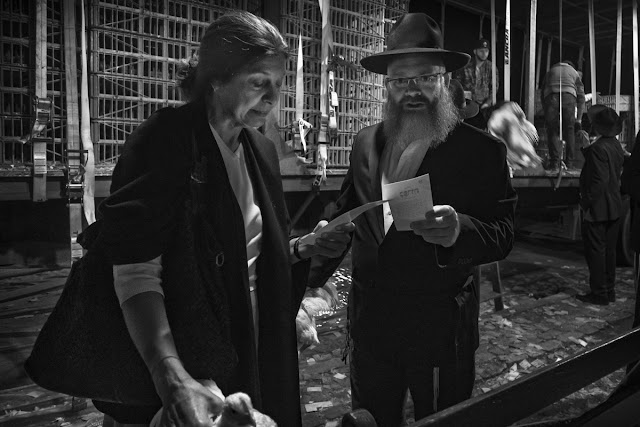 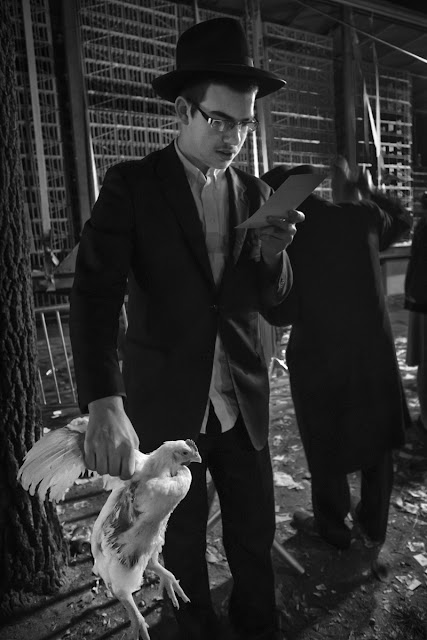 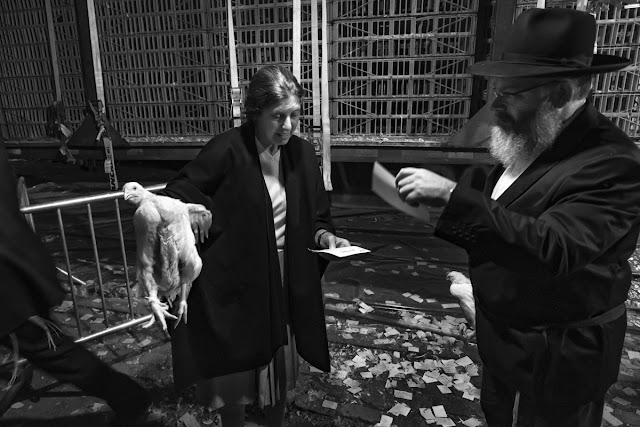 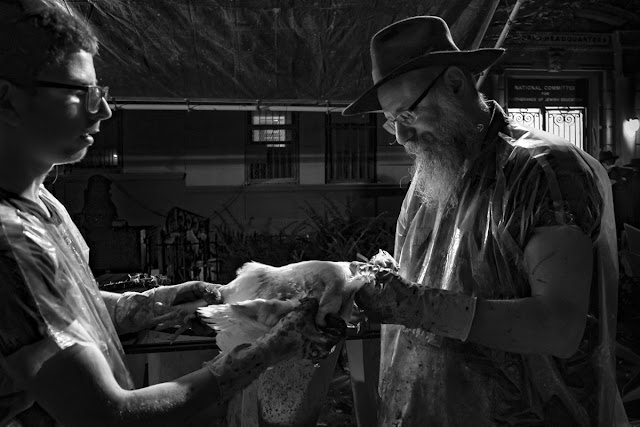 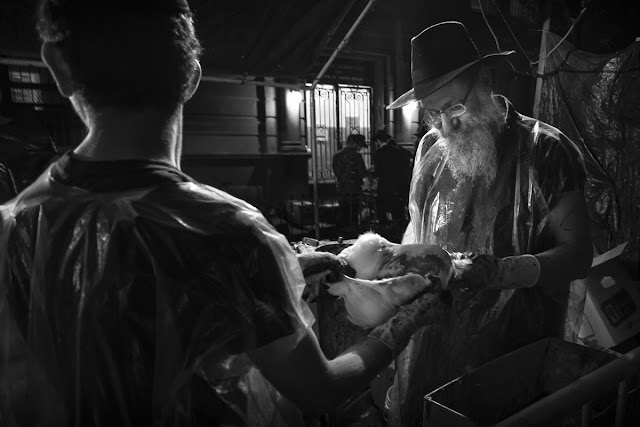 Posted by Fiddlergene at 4:42 PM No comments:

The ritual of Kaparot precedes the observance of Yom Kippur. Any questions about the ritual can be answered here more authoritatively than I could ever hope to do. So, here's the photos. 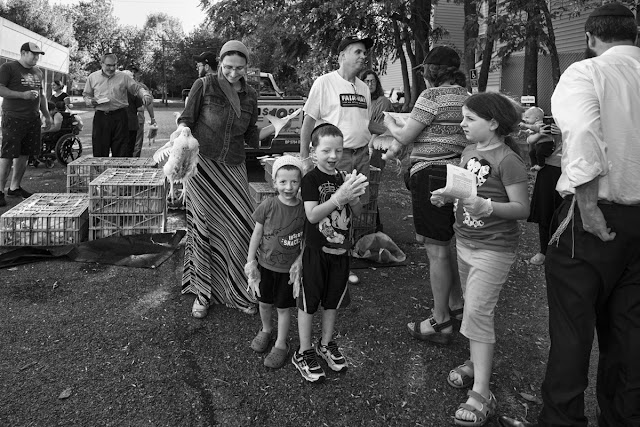 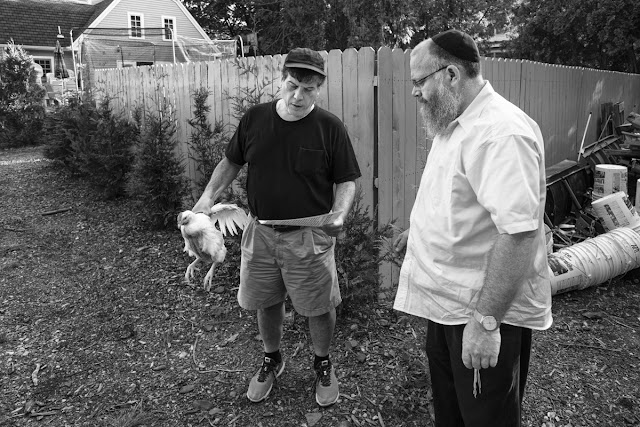 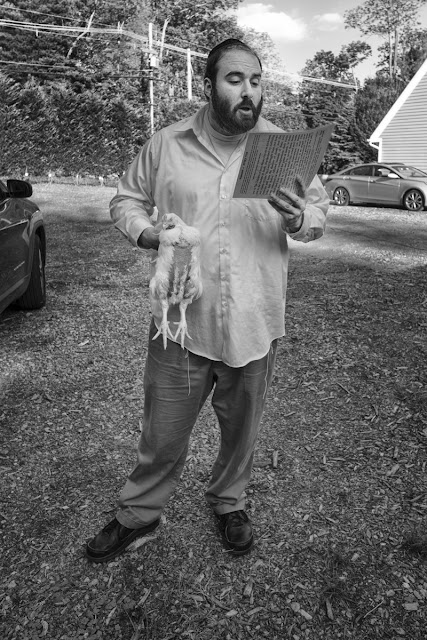 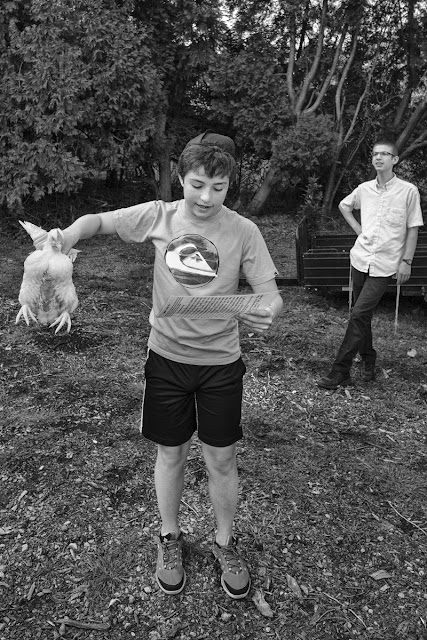 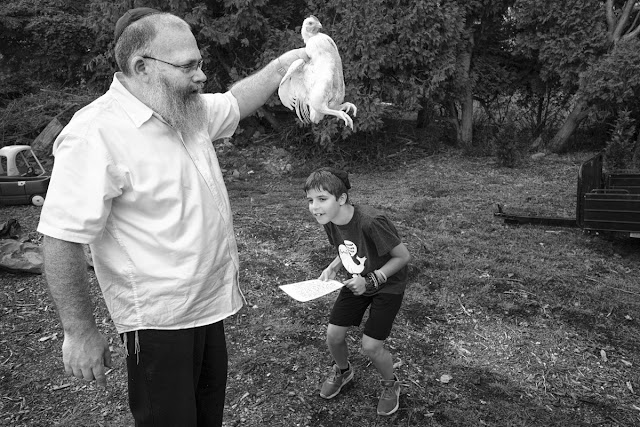 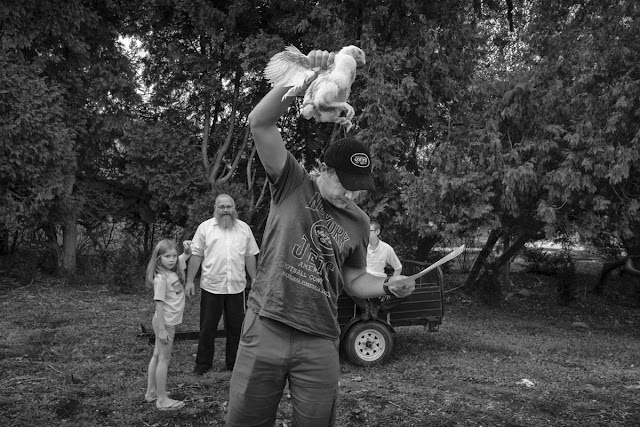