The purpose of our group's trip to the island of Cuba was to bring the holiday of Hanukah to the Jewish community on the island. Statistics are hard to come by, but the best estimates are that between 1000 and 1500 practicing Jews live there. The largest concentration is in Havana which has three active synagogues - Orthodox (Adath Israel - which we did not visit), Sephardic, and Conservative Ashkenazic. There are two Jewish cemeteries on the outskirts of Havana - Ashkenazic, which is maintained by the Orthodox community, and Sephardic. In the large population centers outside of Havana there are several very small communities of Jews that are kept alive by weekly, monthly, and annual gatherings. Distances and lack of adequate transportation make get-togethers challenging. I published some of these photos in a previous blog post, but I've included them here for completeness. The second part of the series will be exclusively about the Hanukah celebrations.

The entrance to the Patronato Synagogue, home of the Beth Shalom Congregation is conservative Ashkenazi and the largest Jewish structure on the island. 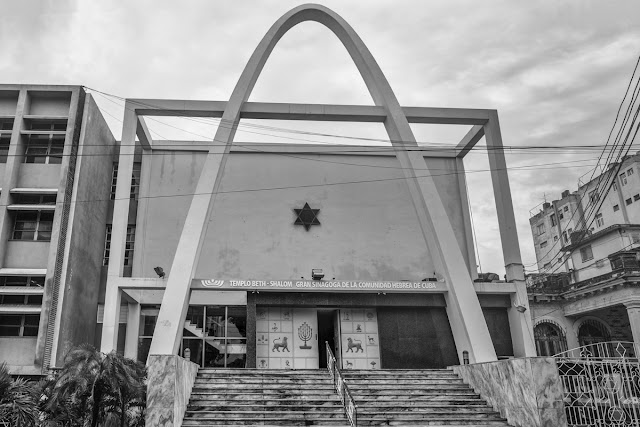 The bima and ark of the Patronato. The roof is in dire need of repair and has several leaks which necessitates the buckets. 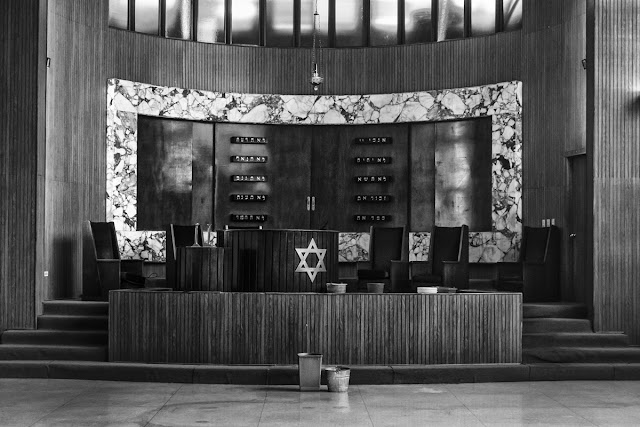 The Patronato is blessed with a luxury of six torah scrolls:

One of the hebrew school classrooms in the Patronato: 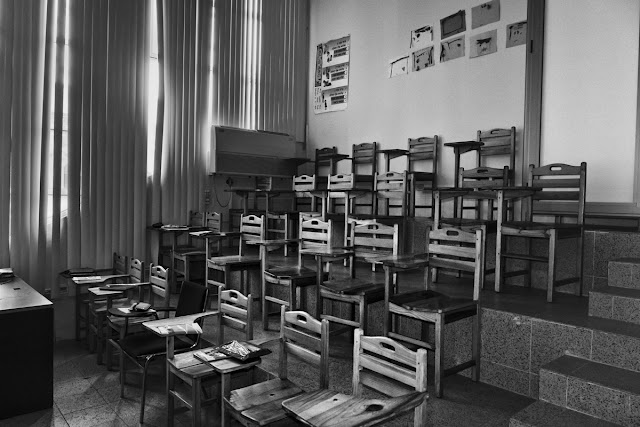 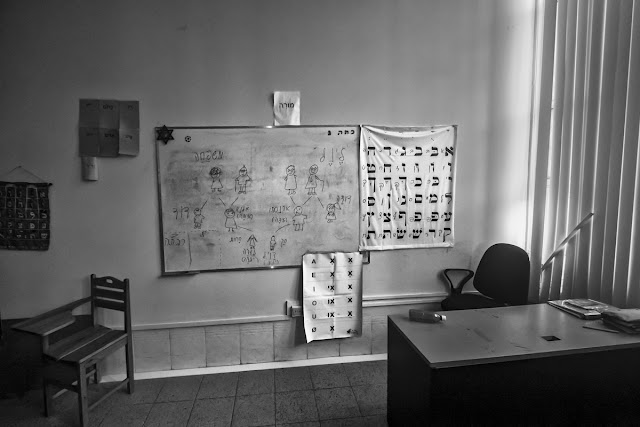 Adela Dworkin is the president of the Patronato synagogue: 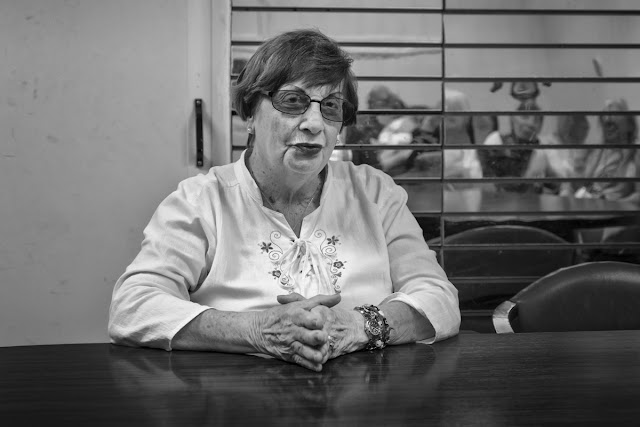 A large library of Jewish literature is maintained at the Patronato: 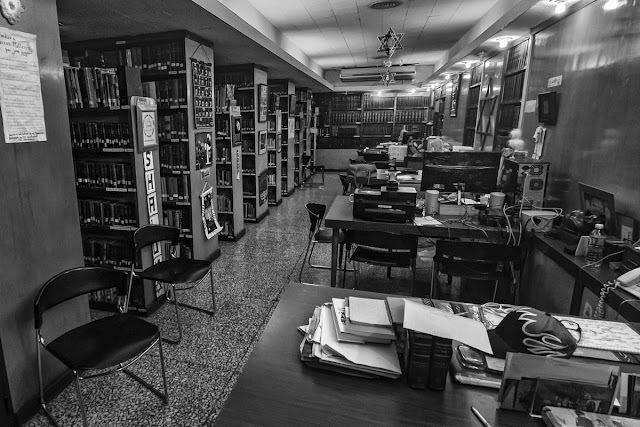 Friday night services at the Patronato are led by lay members of the congregation. There is no resident rabbi on the island. 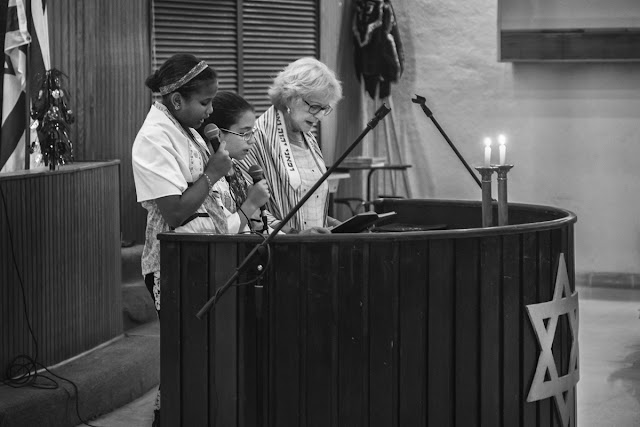 Torah rack and Tzedakah box in the Sephardic synagogue, The Centro Sephardi. The oldest synagogue on the island is the defunct Chevet Achim which is maintained by the Sephardi community. 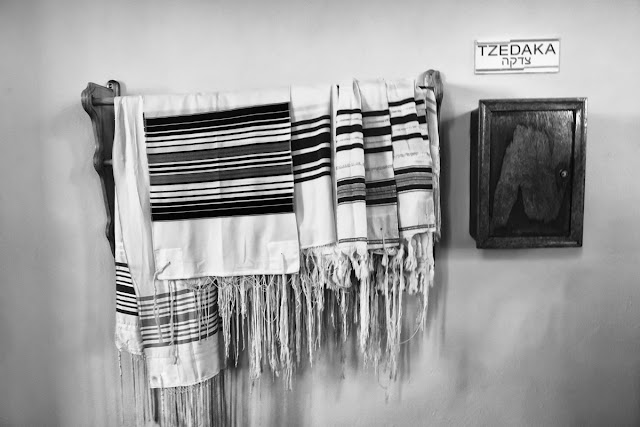 The Sephardic synagogue had four torah scrolls, but I was surprised to see that they were not encased in the traditional Sephardic hard vertical wood container. These are Ashkenazic torahs. 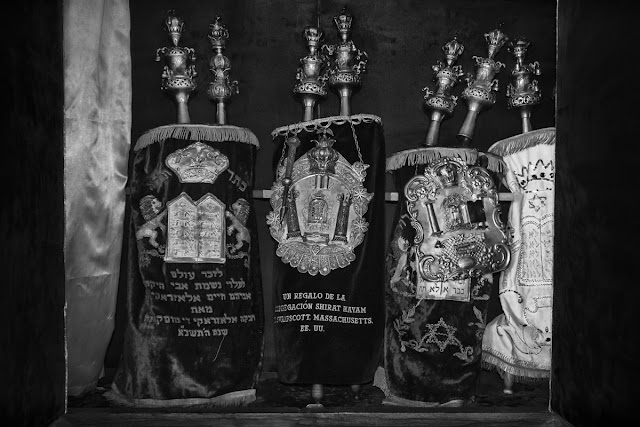 Entrance to the United Hebrew Ashkenazi cemetery on the outskirts of Havana (we didn't visit the Centro Hebrea Sephardi de Cuba): 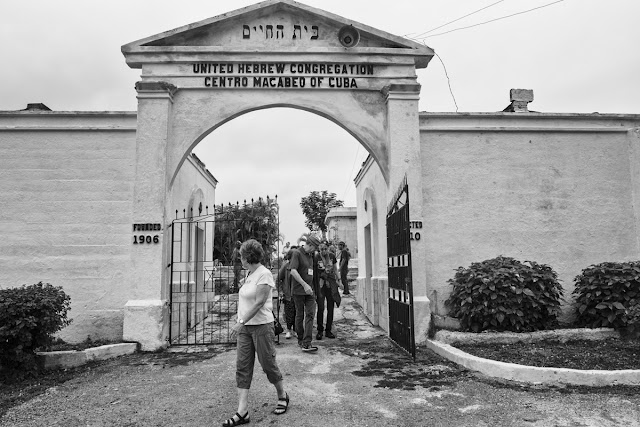 A sampling of the many tombstones in the cemetery: 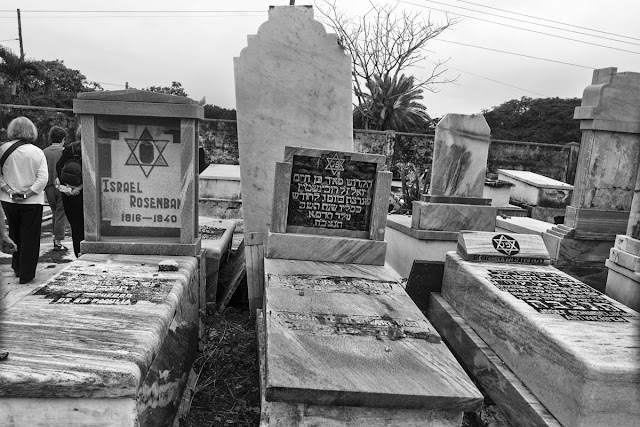 Custom is to rinse one's hands upon leaving the cemetery. 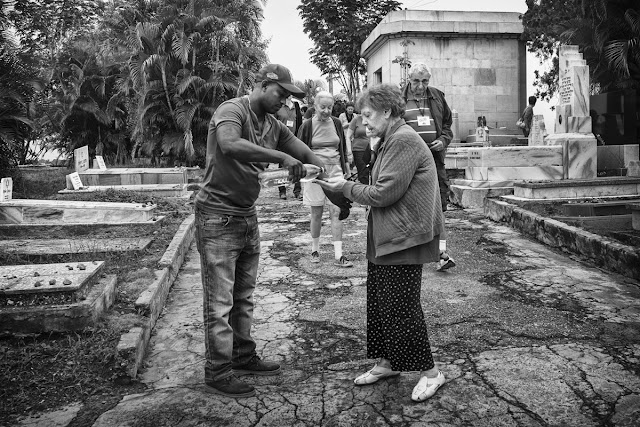 Rebecca Langus and family: her home is the gathering place for Jewish events in the area of Cienfuegos. 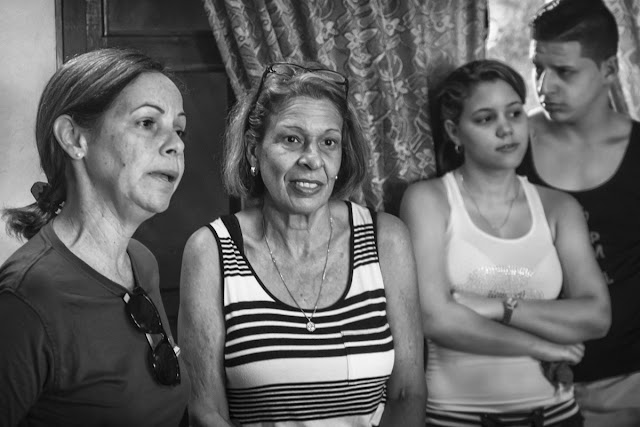 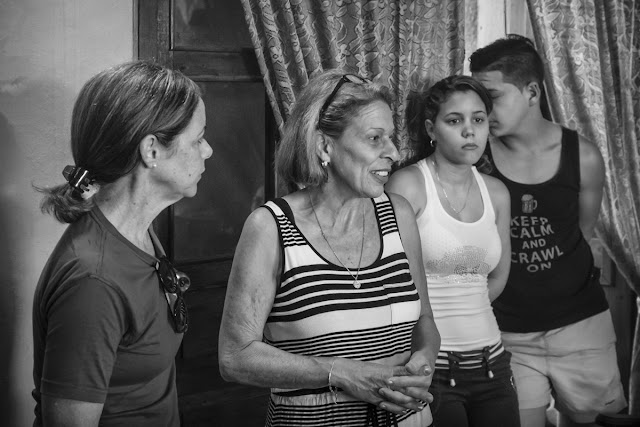 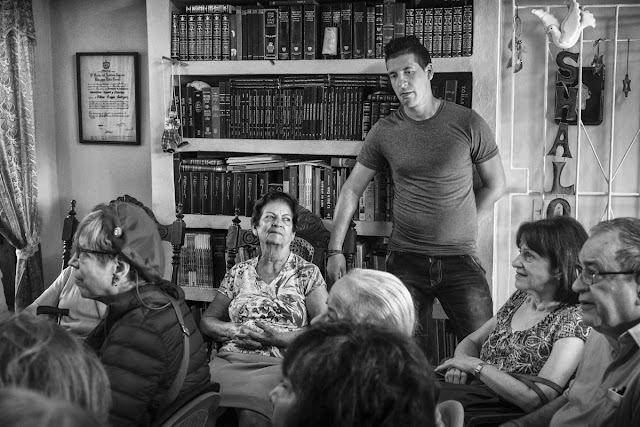 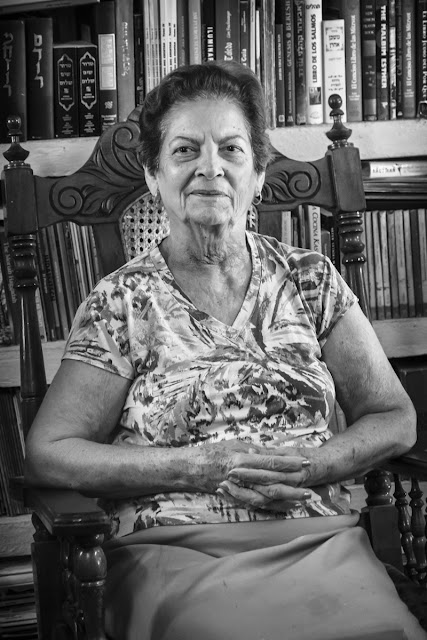 Posted by Fiddlergene at 4:30 PM No comments: