Just a continuation of my previous post, more photos from my visit to the Chai Center Cheder. 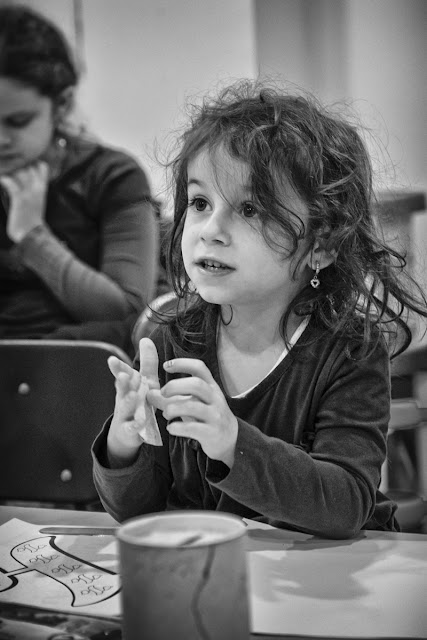 Learning the baruchas for the Lulav and Etrog: 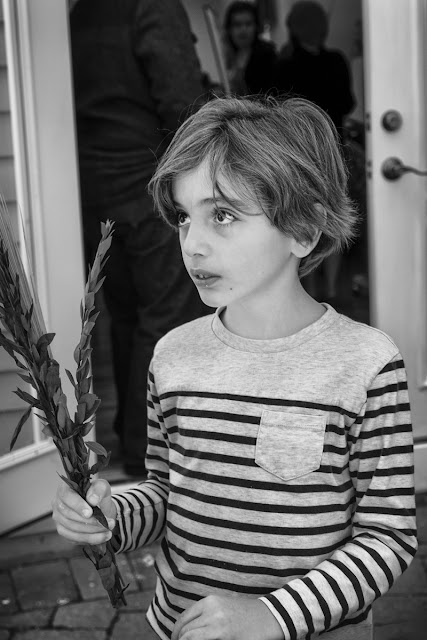 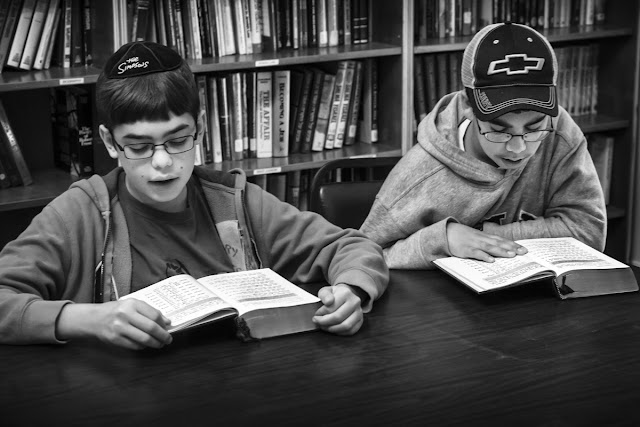 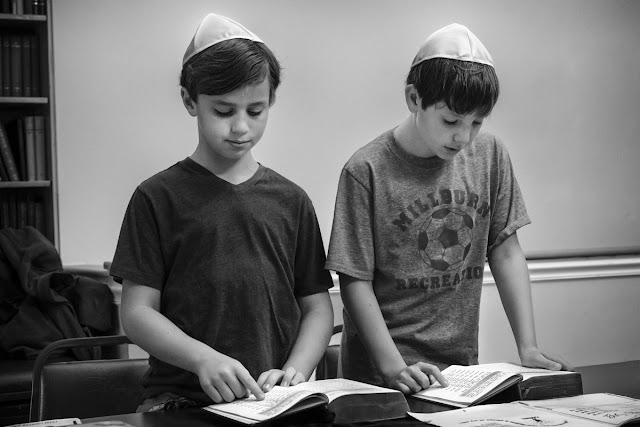 Posted by Fiddlergene at 5:44 PM No comments:

I've been looking for the opportunity to spend some time photographing kids learning about their cultural and religious heritage in a Jewish day school (cheder). In hasidic communities the schools meet five or six days a week. My own experience was two afternoons a week after regular public school which is more common in suburbia. This past Sunday, during the Hashanah Rabba celebration I previously posted, the cheder was in session and was followed by a Sukkat party for the kids to make miniature sukkas out of graham crackers and marshmallow spread. They didn't last long. 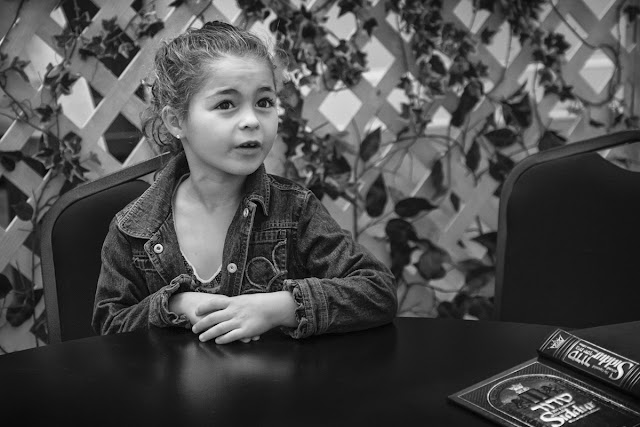 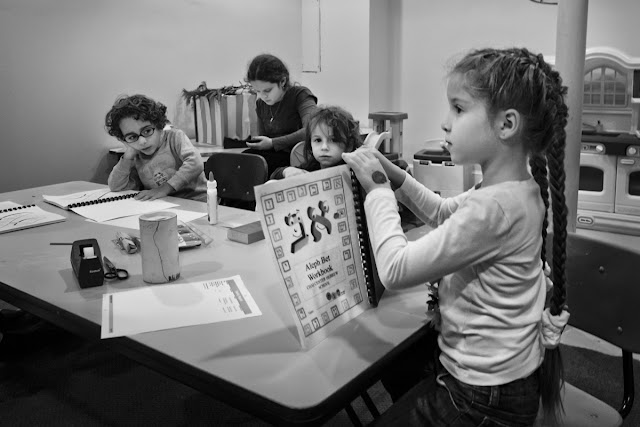 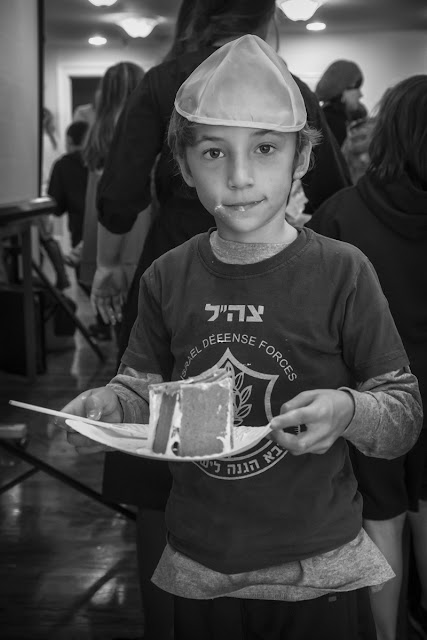 Posted by Fiddlergene at 9:17 PM No comments:

At the end of the Sukkat festival the Autumn holiday season comes to a close. The last day of Sukkat is called Hashanah Rabbah. It's followed by two more days of observance - the first is Shimeni Atzeret and the second is Simchat Torah. It's on the second of these that the last verses of Deuteronomy are read, the scrolls are rewound, and the first verses of Genesis are read to begin the cycle anew. There's a huge celebration with everyone dancing (with and without the torah scrolls in hand). Unfortunately, the observance of the holiday prohibits any work, including taking of photographs.

These are photos of Hashanah Rabbah. Since it's the final day of Sukkat, the ritual of the 'four kinds' is still observed, as depicted in the third of the photos. The four are willow, myrtle, palm, and citron (etrog). Explained here  much better than I could hope to do. 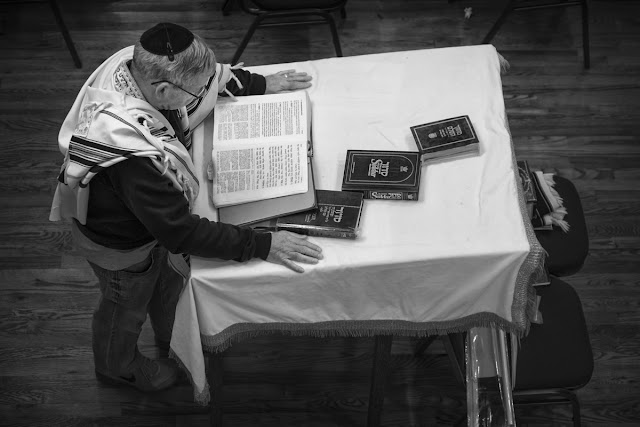 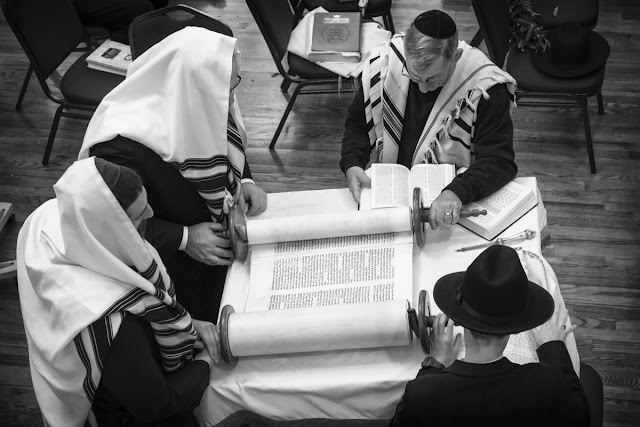 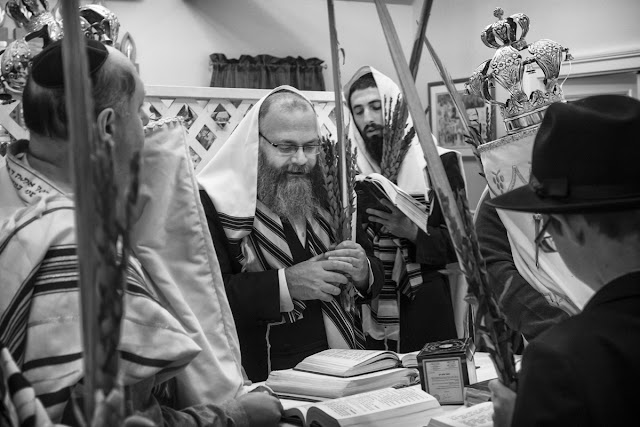 Posted by Fiddlergene at 11:21 PM No comments: