The holiday of Purim (story here) would seem to be a mix of Halloween - with it's costumes, and New Year - with it's noise makers. But it's neither. It's a very Jewish story of assimilation, chosenness, and liberation. The Jews were in exile in Babylon. Separated from their homeland which defined them, they eventually begin to lose touch with their rich history and culture and begin to assume that of their host country. A madman (in this case, Haman - a descendent of the Amalakites) decides to annihilate them. Esther, a beautiful Jewish maiden, is chosen to become the king's new queen and finds her mission in life by approaching the king to uncover Haman's nefarious plot to exterminate her people. The king hangs Haman, and the Jews, being liberated from the threat, become reinvested in their beliefs and live happily every after (well, as much as it's ever possible for us to do so anyway).

It's a joyous holiday. We're commanded to eat, drink, and be merry. Tonight was the start. The noisemakers are groggers and are used to drown out the name of the evil Haman when it's read. It's important to have the right grogger so testing for sound volume before the reading of the Megillah is essential. 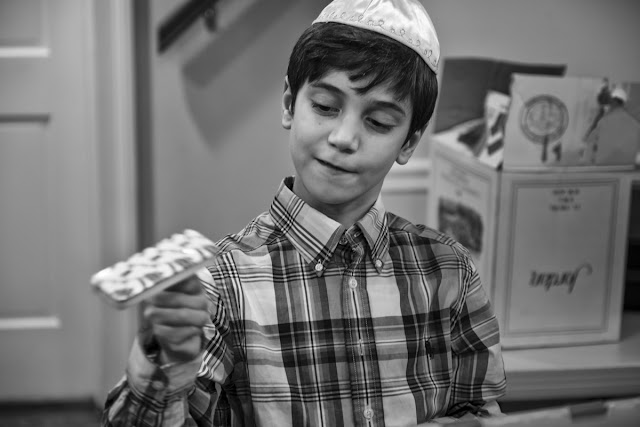 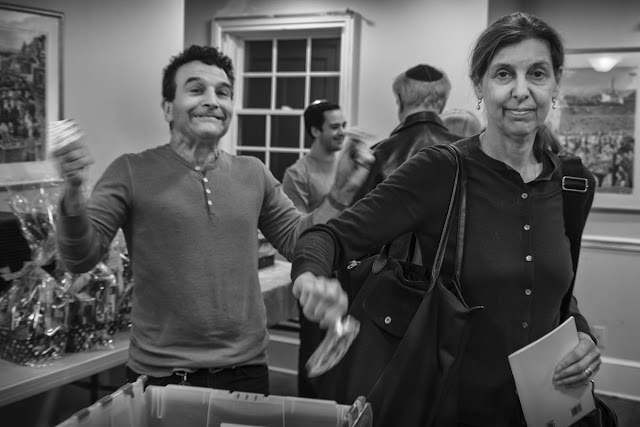 The rabbi prepares the  pages of the Megillah before beginning. 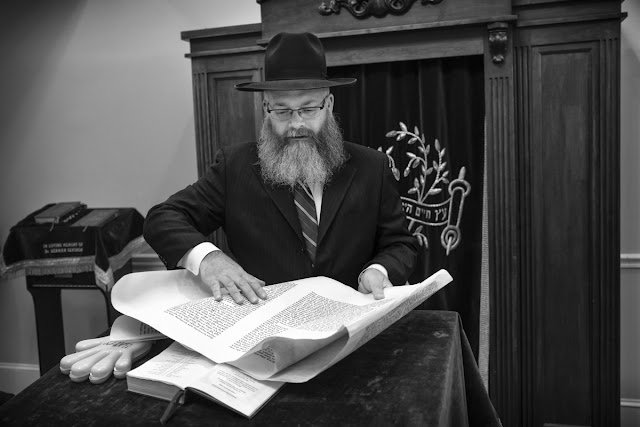 Yes, the rabbi gets to have fun too. 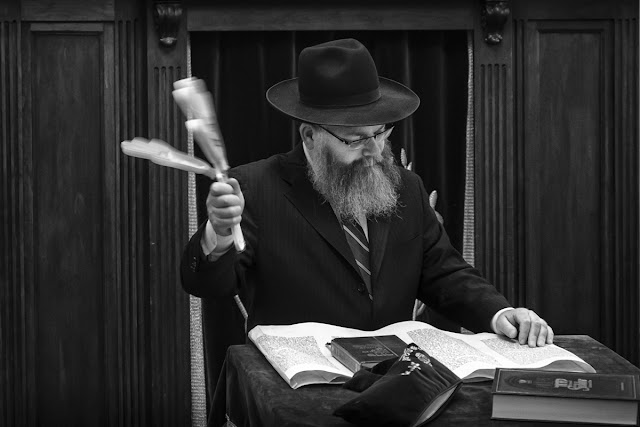 Along with everyone else. 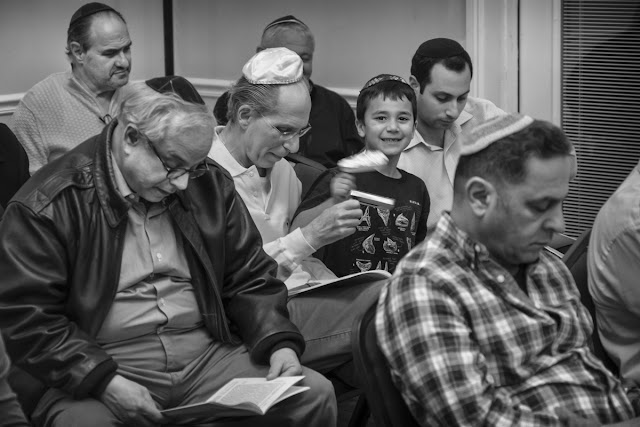 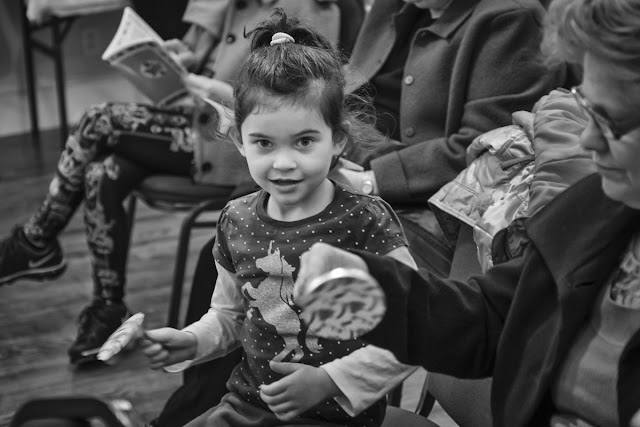 Well, almost everyone else. 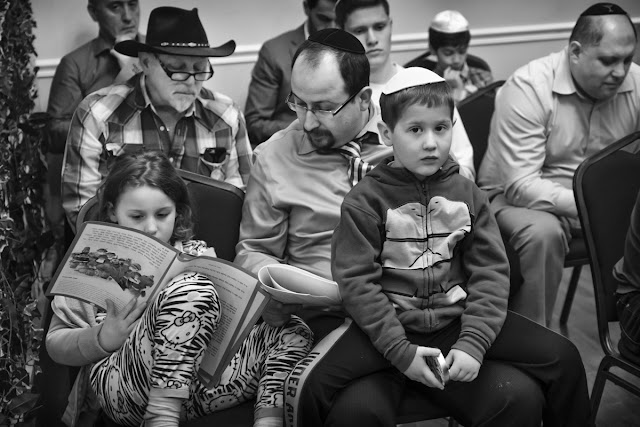 The girls get to be queens for a day. 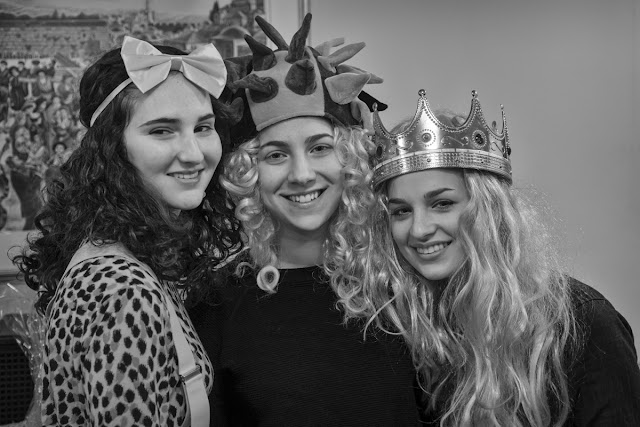 But it's still a serious story. 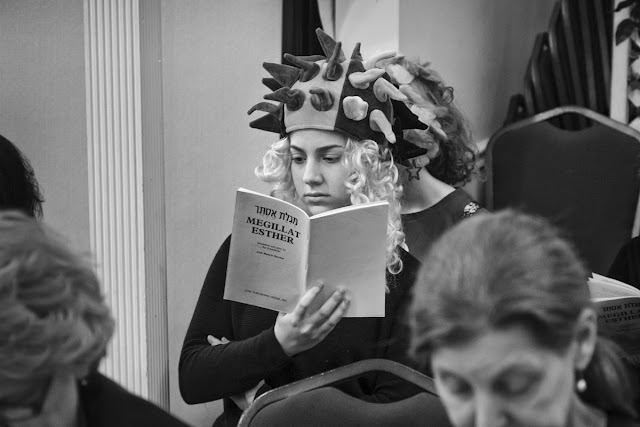 After the story is read, everyone works at having a good time. 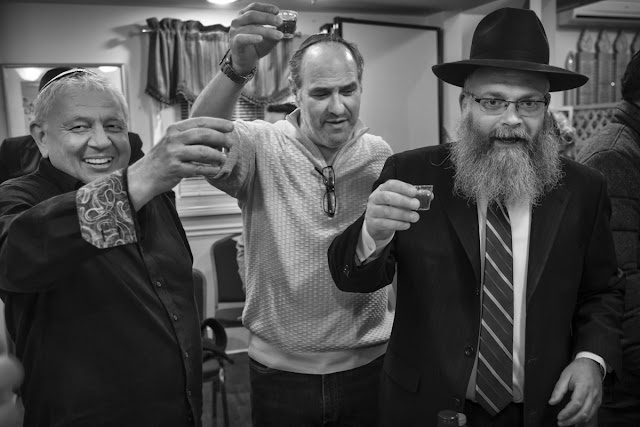 And occasionally someone gets stupid drunk. 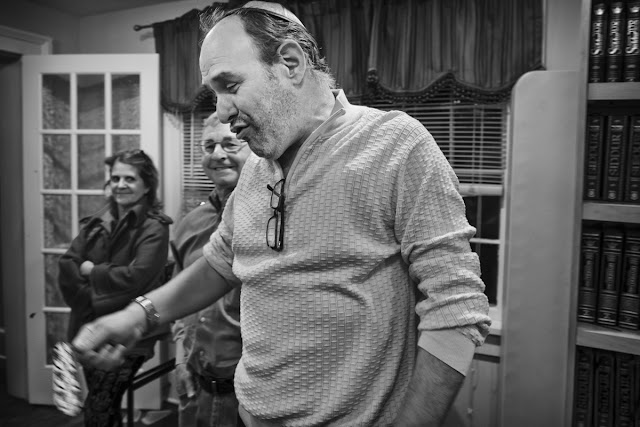 Posted by Fiddlergene at 5:11 PM No comments: