Tsfat (Safed) is probably one of the most interesting towns I've ever visited in all my travels. There's mixture of people and cultures ranging from Hasidic Ashkenazi to mystical Sephardic to non-observant sabras. All mashed together into a very compact area on the top and side of a mountain. It's what a place looks, feels, smells, and sounds like when deeply religious is blended with artistic and occult. 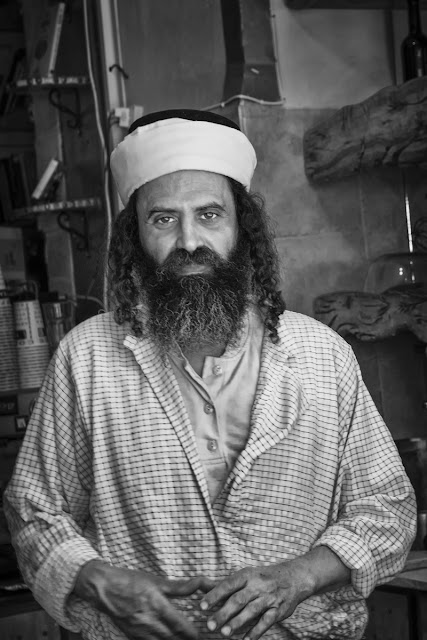 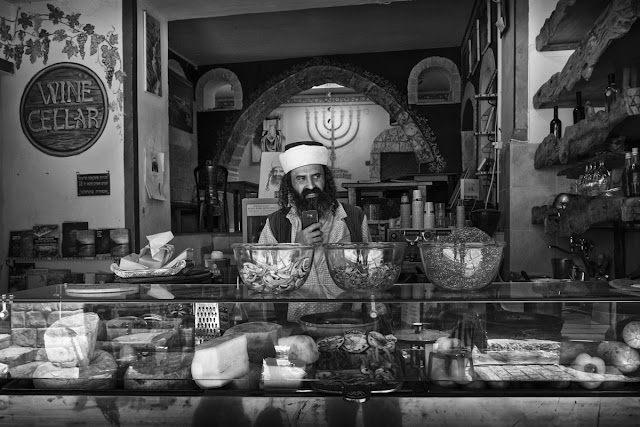 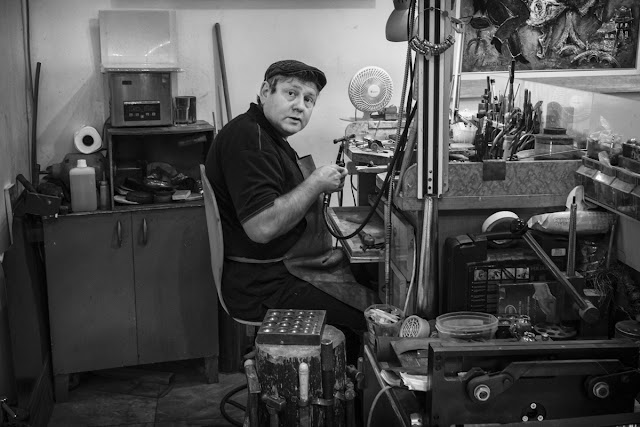 Weaver and embroiderer at a fabric and tallis shop: 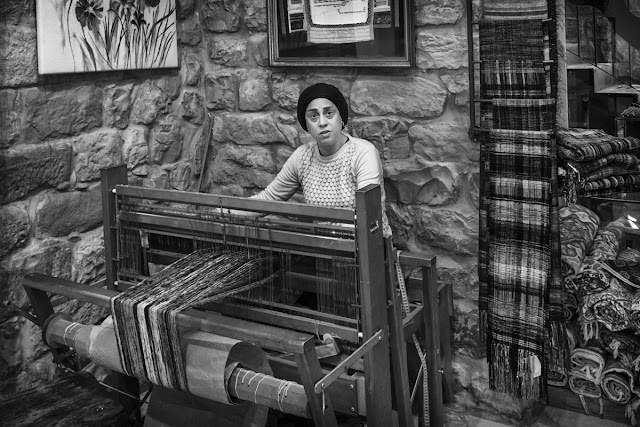 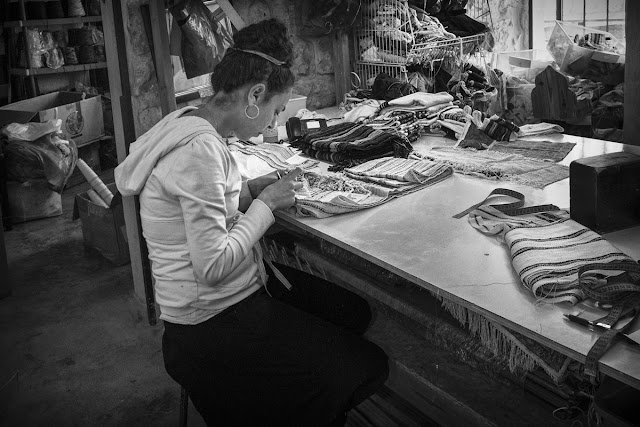 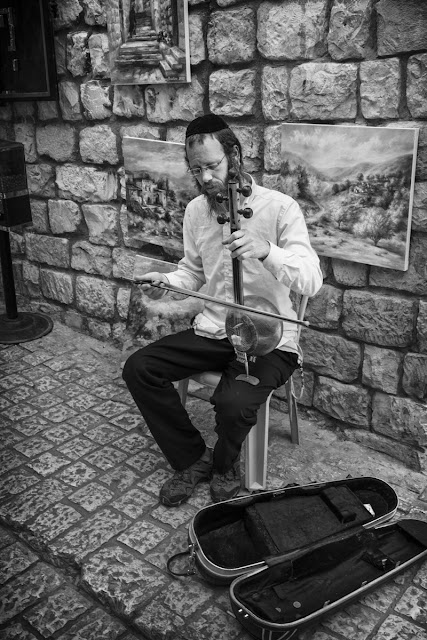 Everybody needs a plumber: 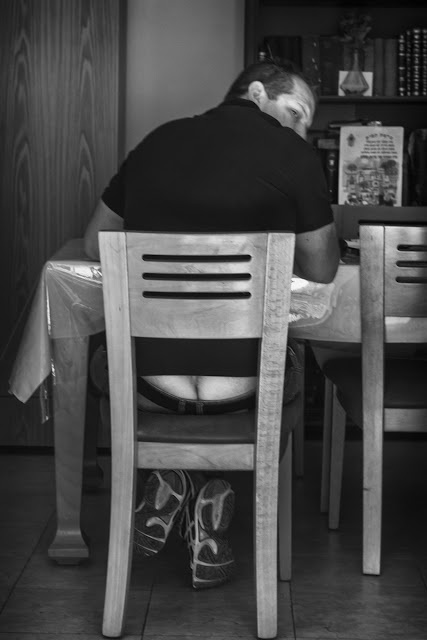 Posted by Fiddlergene at 9:18 PM No comments:

After leaving Jerusalem we headed north to the Galilee and the Golan Heights, with a dog leg stop at Caesarea. Caesarea is interesting if you like Roman ruins and history, not so much if your into people (live). The setting is beautiful, on the shores of the Mediterranean Sea, but I wasn't inspired to take any photos. We stayed at a religious kibbutz near Lake Kinneret called Lavi.

The scenery in the Galilee is beautiful, but a stark contrast to the beauty of the Negev. The Golan Heights is just a big plateau leading into Syria. Standing on the edge of the heights looking east, it's easy to see why Israel annexed the territory and refuses to cede control. The entire north of Israel is completely exposed to any military positions on the heights.

The most enjoyable part of the visit to the north was the time spent in Tsfat (also spelled Safed). It's an ancient city built on a mountain looking over a valley and off in the distance you can see Mount Meron which is the highest peak in Israel except for those in the Golan Heights. Mount Meron is the burial place of Rabbi Shimon bar Yochai whose death is celebrated on Lag B'Omer. He was a disciple of Rabbi Akiva and is credited with writing the Zohar, the chief work of the Kabbala.

The presence of Jewish mysticism, or Kabbala, is very prominent in Tsfat which is considered the home of the movement. There are many synagogues that reflect it's teachings, and the city of Tsfat is home to a large artist's colony and many shops displaying art with mystical overtones.

A bookseller in the shuk: 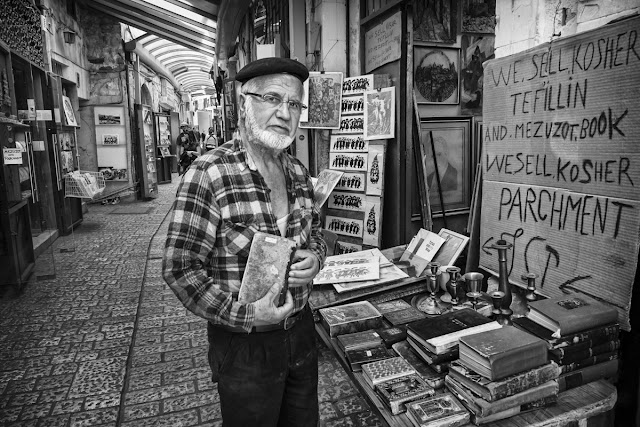 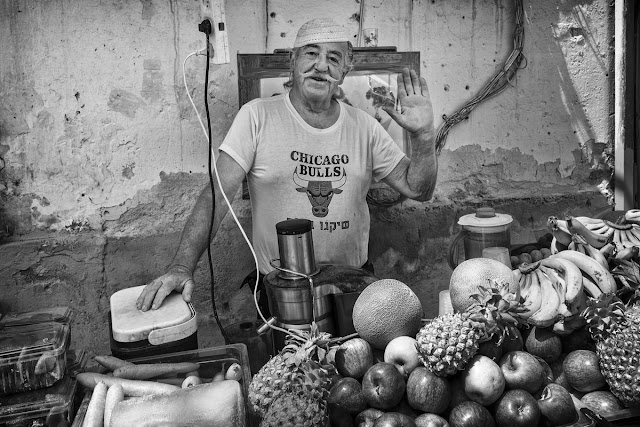 Artist working in his shop in the shuk: 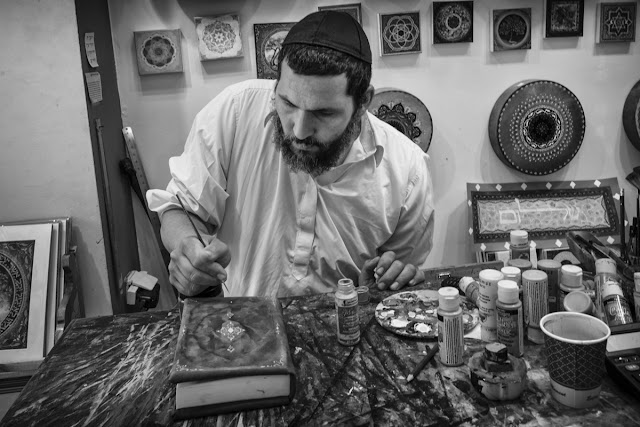 Narrow alley of the shuk lined with many shops: 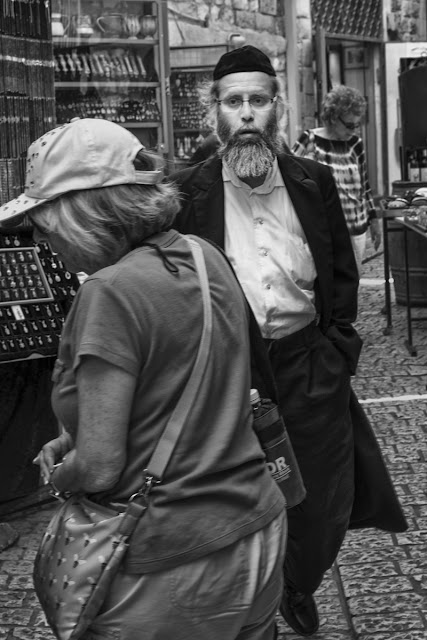 Posted by Fiddlergene at 2:14 PM No comments:

The market at Machine Yehuda was such rich pickings for shooting, I had to devote one more post to it. 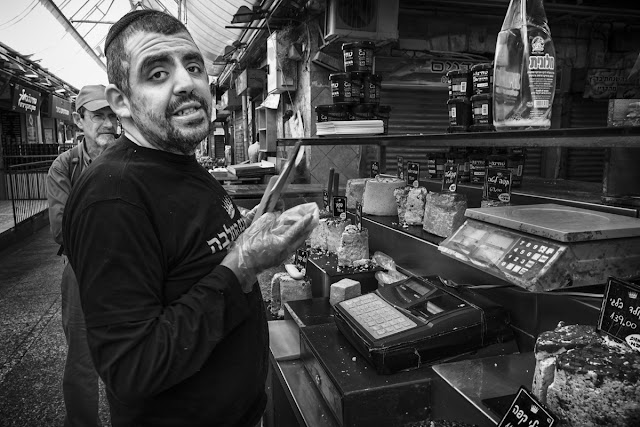 A variety of Israeli faces: 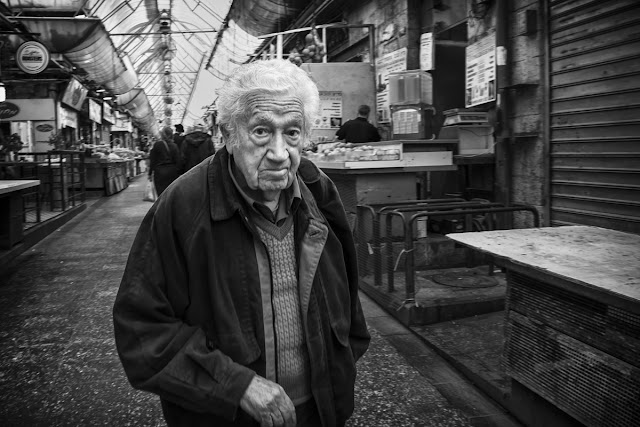 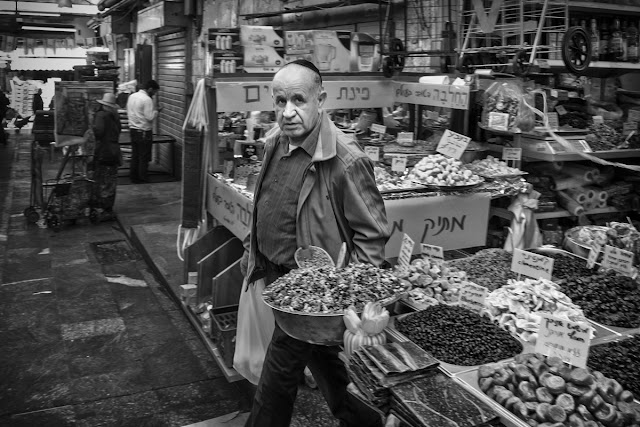 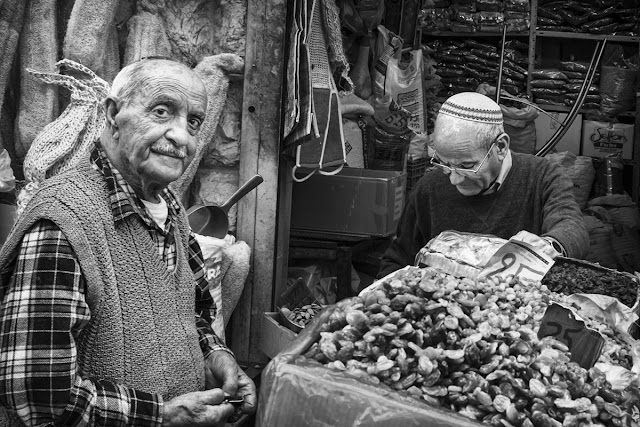 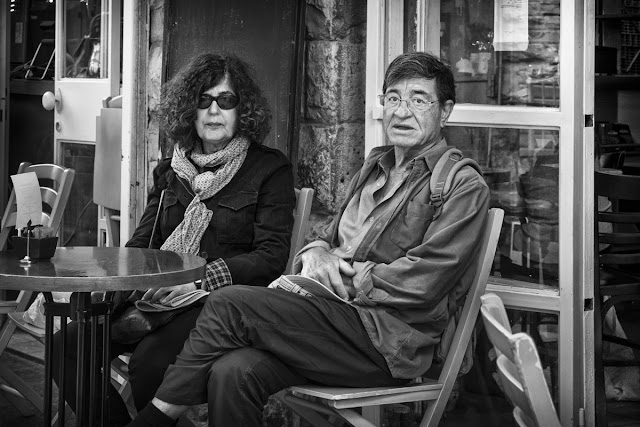 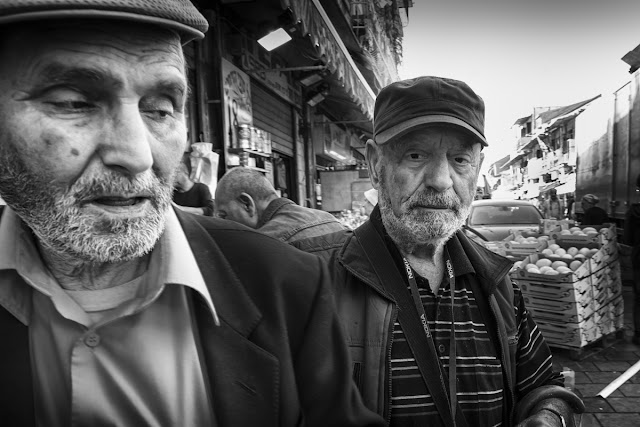 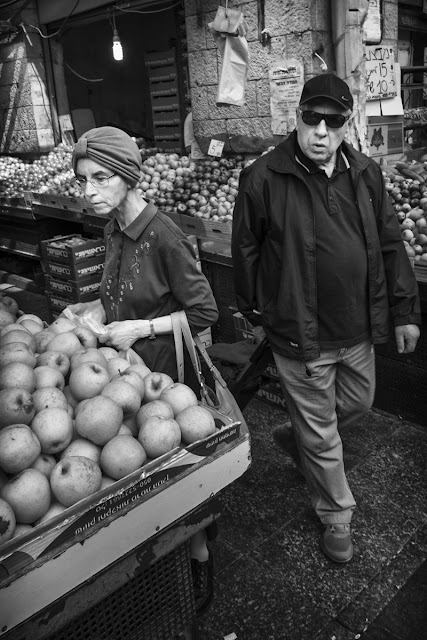 Posted by Fiddlergene at 5:19 PM No comments: