Revisiting my catalog entry for a foray I took last year into the hasidic section of Williamsburg I found some images that i hadn't yet processed. The hasidim living there are mostly of the Satmar sect, which also populates Kyrias Joel in upstate New York. But their allegiances are to different competing chief rabbis who happen to be brothers. 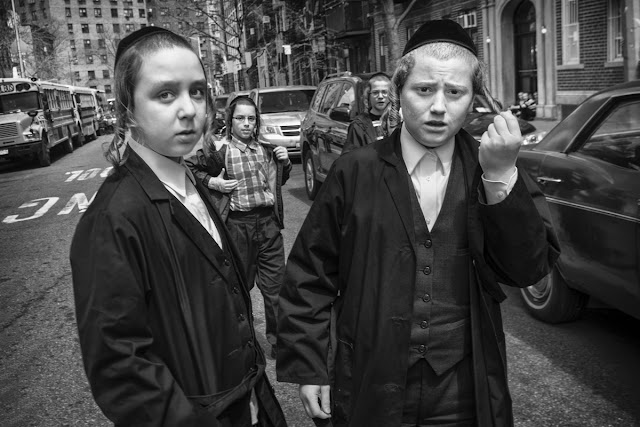 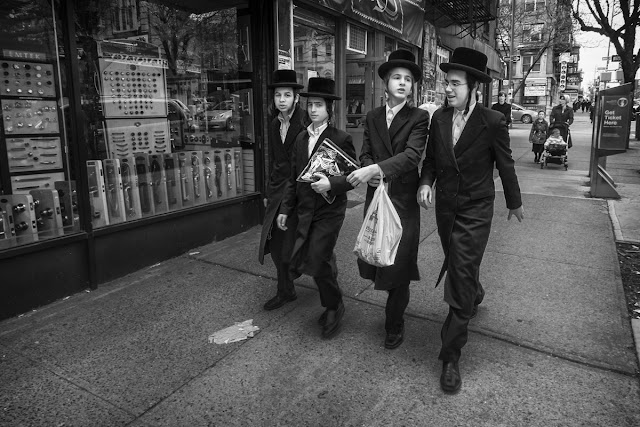 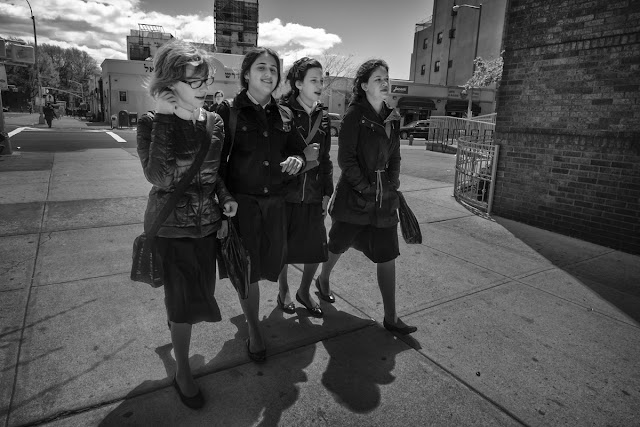 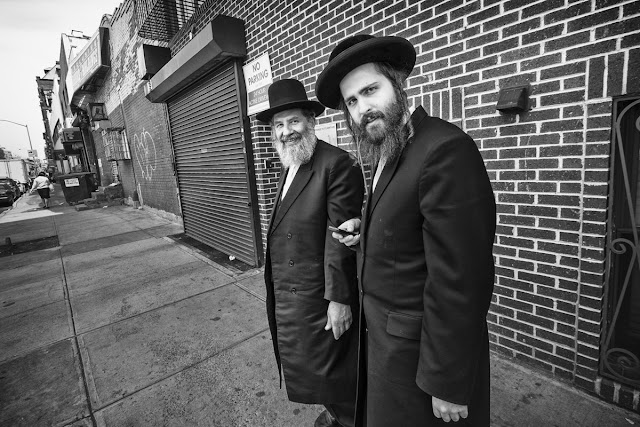 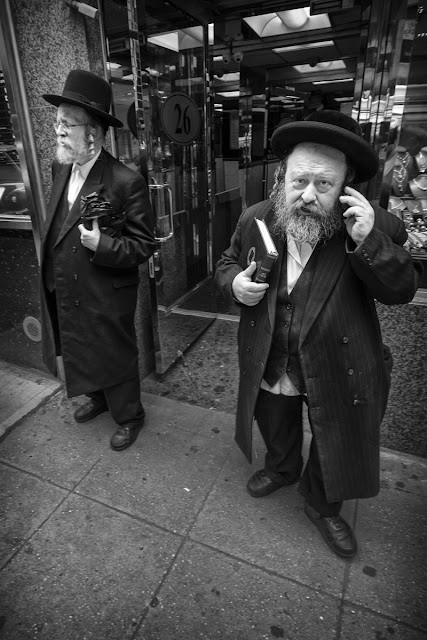 Posted by Fiddlergene at 12:40 PM No comments:

More pics from the street fair of this past Sunday.

Getting ready to judge the egg cream contest: 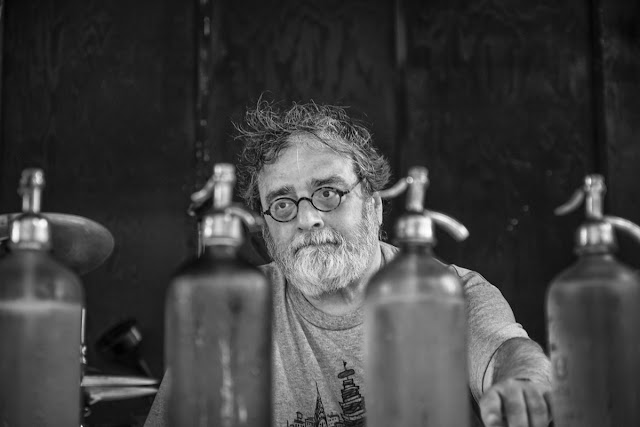 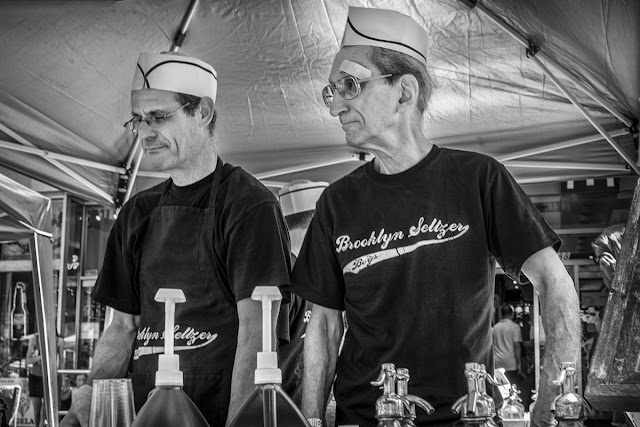 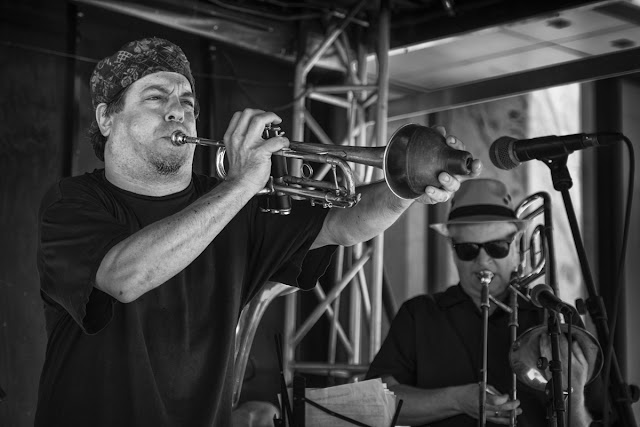 Dancin' to the beat: 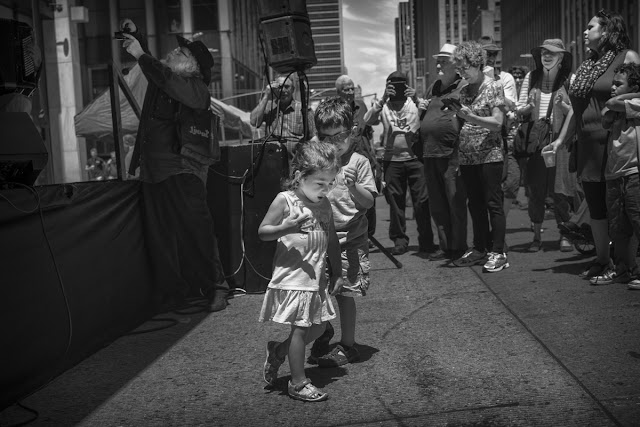 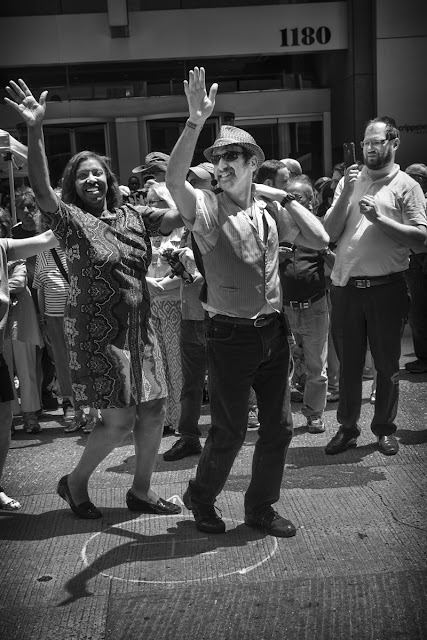 Wishing she could still dance: 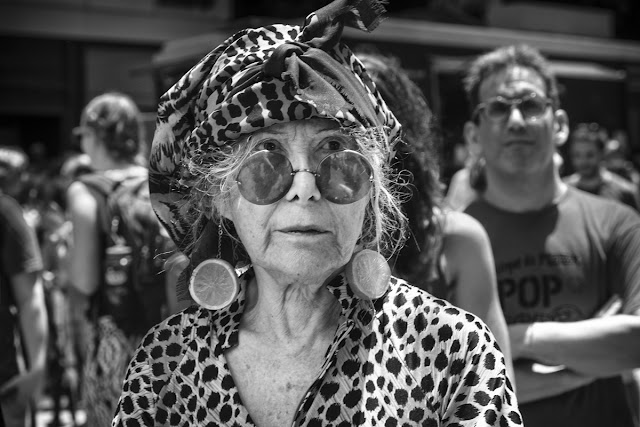 Posted by Fiddlergene at 7:02 PM No comments:

This Sunday Sixth Avenue was a huge street fair. Generally I find them quite boring because they're mostly block after block of repetitive food stalls and cheap jewelry and t-shirt vendors. But there was one block on Sixth Avenue, between 46th and 47th street that was dedicated to Jewish food - old style and new age. I arrived there with a full stomach, but after listening to Frank London's Klezmer Brass All Stars and singer Eleanor Reissa, after watching people from the crowd dancing, and after smelling all that food I had to have a pastrami sandwich and some rugalach. Once my stomach was sated I got down to business. 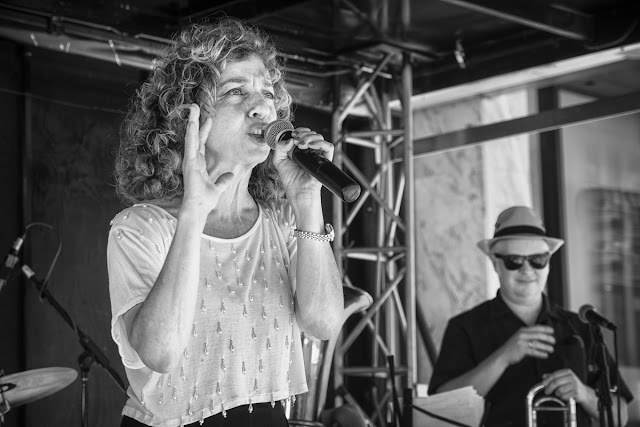 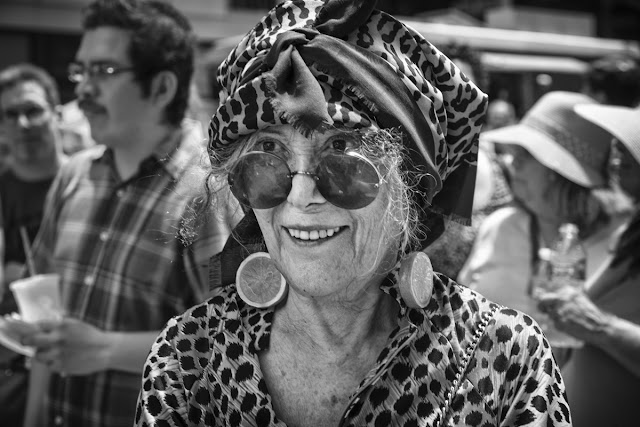 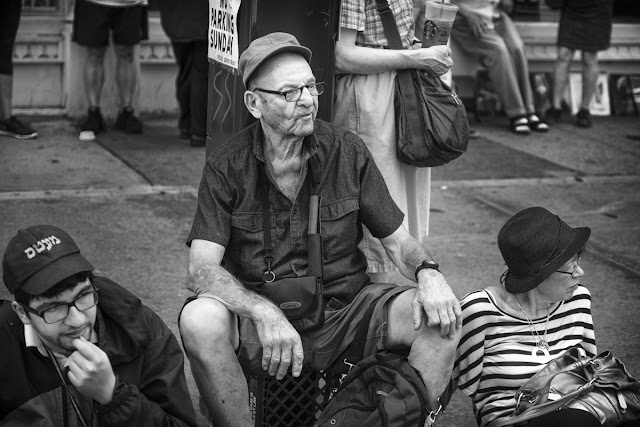 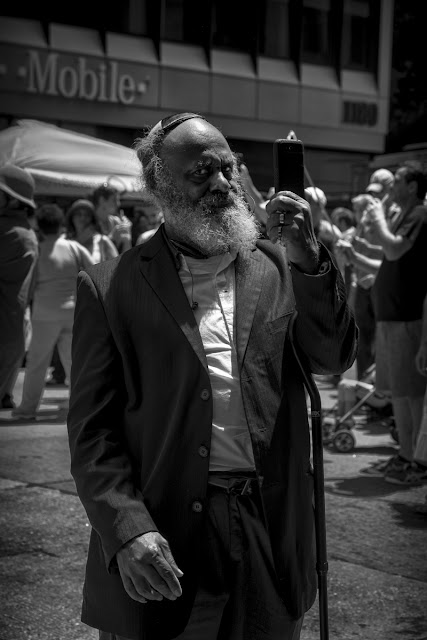 Discussing the finer points of making a pastrami sandwich: 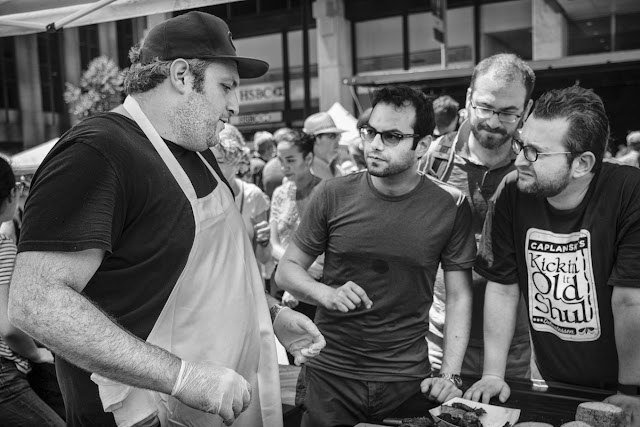 Posted by Fiddlergene at 9:27 PM No comments: