Hanukkah, the Festival of Lights, is fast approaching. Purely by chance it coincidently occurs - at least the first night and day - with Christmas. The festival celebrates an event that occurred two hundred years BCE (before the common era) so it predates Christmas by that many years. Other than occurring during the same month of the Gregorian calendar, the two holidays have nothing in common. A detailed explanation of the festival can be found here.

Briefly, at that time - 200 BCE - the territory of biblical Israel was dominated by a Syrian extension of the Greek empire. Their rulers tried to impose their philosophy of life which was the antithesis of the deep spirituality that formed the roots of Judaism for many hundreds of years prior. The Syrians sought, as so many oppressors of the Jews before and after them have sought, to break the spirit and will of the Jews by forcing them to give up their ritual practices through which they worshipped their faith in G-d. The priests in the Holy Temple at that time were of the family of Maccabee who also happened to be mighty warriors. The struggle they led was not only against the Syrians, but also because many of the Jews at that time bought into Greek philosophy and the culture was assimilating. So as it turned out, this was also an internal struggle amongst the Jews. The Syrians tried to break the spirit of the Jews by defiling the Holy Temple and specifically the olive oil that had been sanctified by the Great Priest to be burned in the Lamp of the Temple. They failed. After the Maccabees defeated the Syrian Greeks and entered the Temple, they found all the jugs of sanctified oil had been defiled, except for one that still had the Great Priest's seal in tact. The jug contained enough oil for only one day, but eight days were required for production, purification, and sanctification of more oil. The miracle of the holiday, which is what the festival of Hanukkah commemorates, is that the oil in that one jug lasted for eight days. And so the Hanukkah Menorah, a nine branch candelabra, is lit every night for eight successive days to commemorate the miracle.

The Hanukkah Menorah is the central symbol of the miracle and the festival. Here's some local kids at a Home Depot workshop, sponsored by my local Chabad Center, making menorahs. 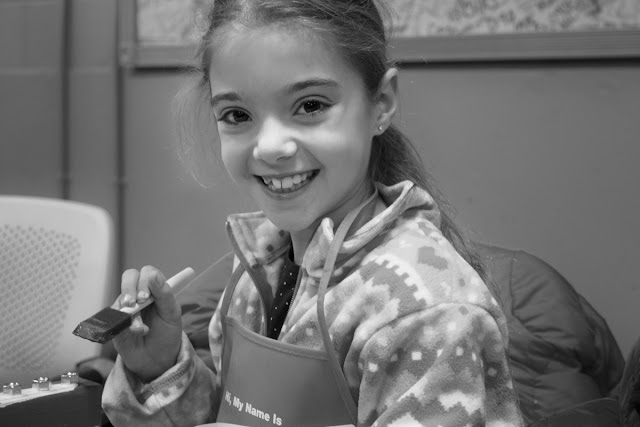 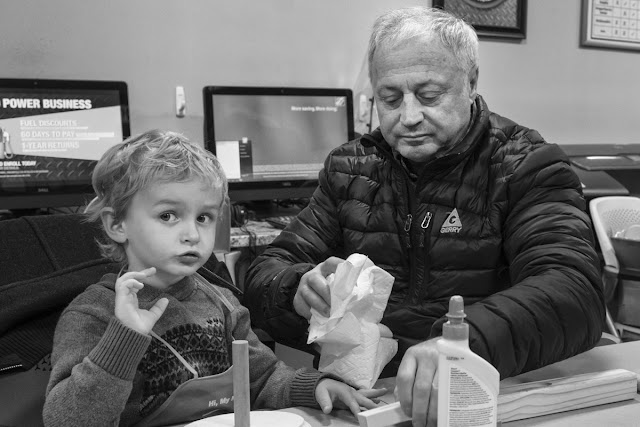 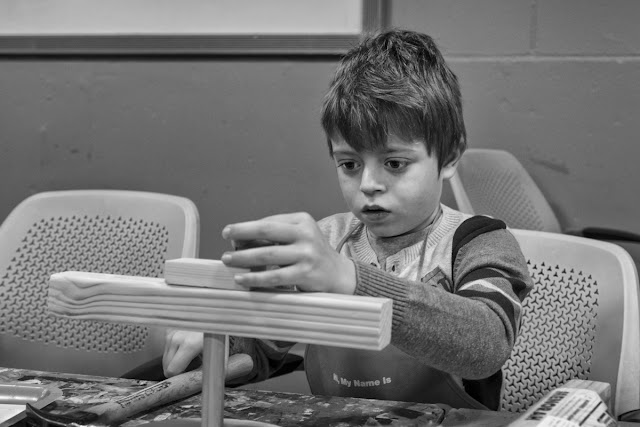 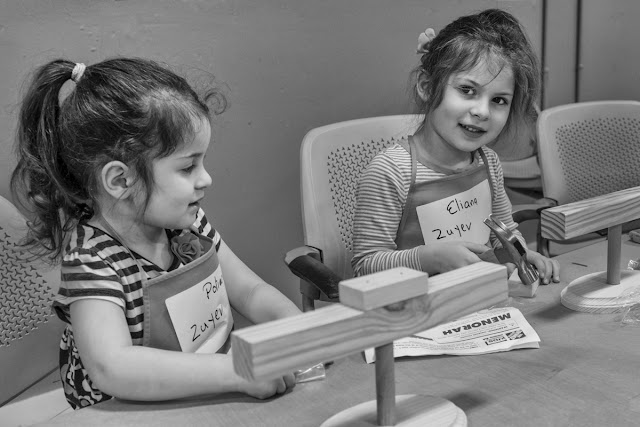 Posted by Fiddlergene at 7:50 PM