Ari Fuld was an American Israeli. He was a settler in Judea who was stabbed in the back by a Palestinian terrorist, and Ari subsequently shot him dead before his own life ended. He was intelligent and articulate, and we should be proud that our Jewish youth can look up to him as a role model.

There was a rally for school students on Wednesday, October 18th held on Second Avenue in front of the Israeli Embassy. Rabbi Avi Weiss and the Israeli consul Danny Dayon were the speakers. But it was the students who were the stars. 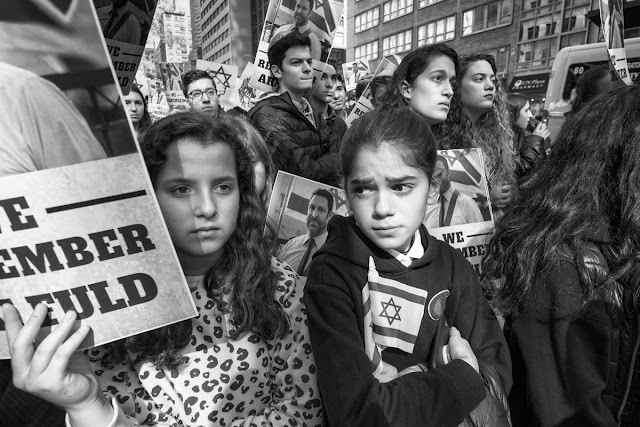 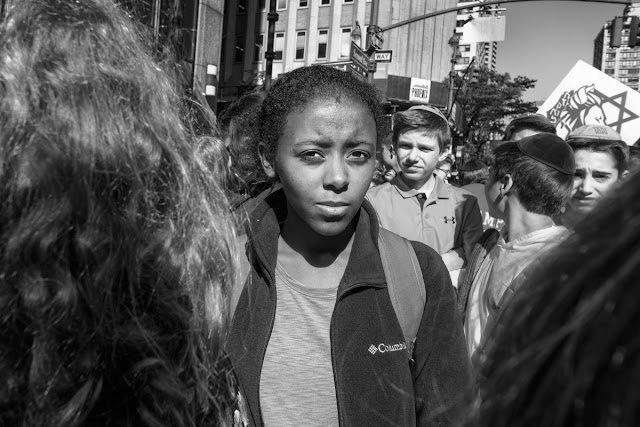 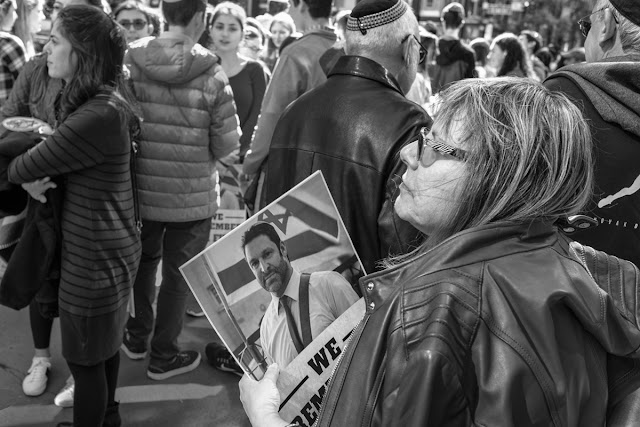 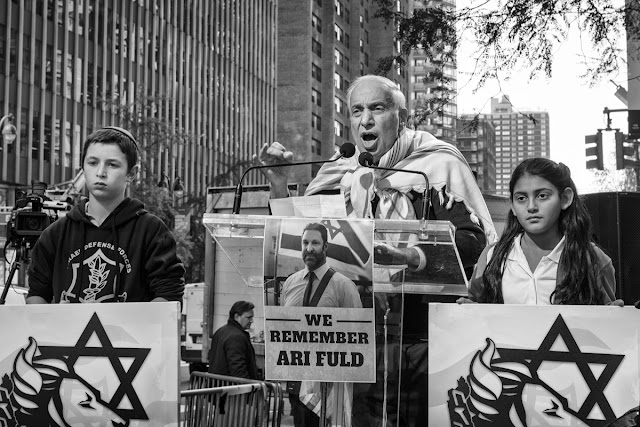 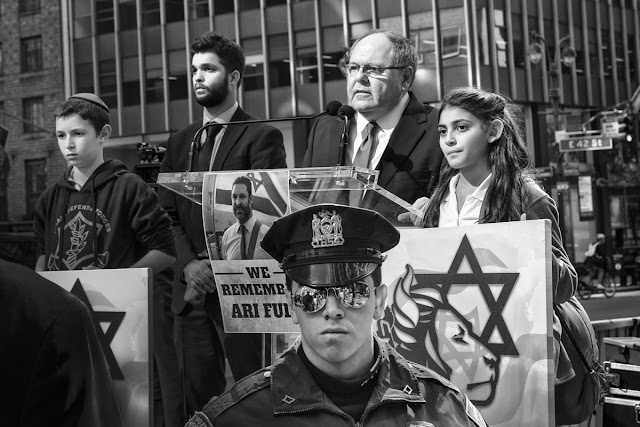 Posted by Fiddlergene at 5:42 PM