This past Sunday I was invited to participate in an observance of the Jewish holiday Tisha B'Av. It's a sad day commemorating the destruction of the first and second Temples in Jerusalem. It's 'celebrated' by fasting and a complete abnegation of personal comfort. This year the day fell on Saturday, which of course is Shabbat, so the observance was on Sunday.

Almost all of the work up to now on my long term project about Jews in the Diaspora has been focused on either Hassidic or highly observant communities in the New York area. But there's much more to the 'tribe'. I was raised in a 'conservative' Jewish home and my family engaged in all traditional Jewish practices pretty ...... well, religiously.  But this was an opportunity for me to explore and participate in an observance that was a bit different.

The spiritual leader of the group, Rabbi Mendel Bogomilsky, is a Chabad Lubavitch rabbi. One of the basic tenets of Judaism is that it does not engage in proselytizing. But the Chabad people have a very active outreach program to find and encourage Jews to participate in rituals that bring them into the spiritual core of the tradition. I've posted many photos of the experiences I had on the Mitzvah Tanks in New York and at the world headquarters of the Chabad movement which is at 770 Eastern Parkway in the Crown Heights section of Brooklyn. This time, however, the observance of Tisha B'Av was at a local shul (a yiddish word meaning synagogue) in my town. Being present gave me the opportunity to not only participate, but also to engage with observant people in my local community. It was a very different and enlightening experience.

A 'minyan' - a group of ten men - is necessary for congregational observance of prayer services. That's not ever a problem in Hasidic communities where there is a constant ongoing cycle of people praying and studying. But in a small New Jersey suburban community gathering ten men can sometimes be problematic. I was one of the ten (eventually the group became eleven). The feeling was very intimate, and it brought the engagement with the rituals to a very personal level.

Working on an image on my computer screen, it's easy for me to fall in love with every one. I wouldn't spend the time to 'develop' each image if I didn't like it. But actually posting it on my blog forces me to see each image very differently. So, for each of the next few blog entries I'll post a series of images, hopefully not too repetitious. 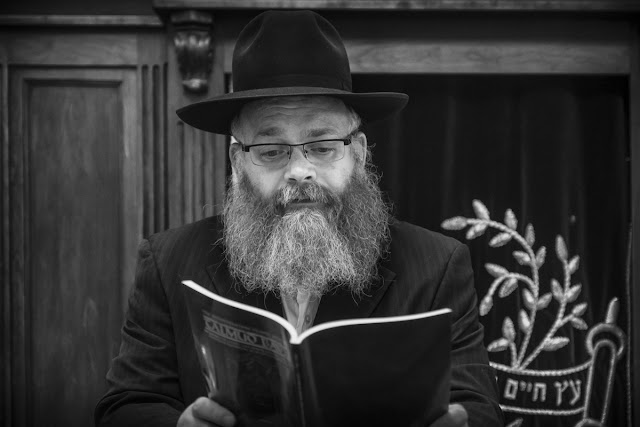 Helping a congregant to put on Tifilin (a small leather box with parchment prayers inside): 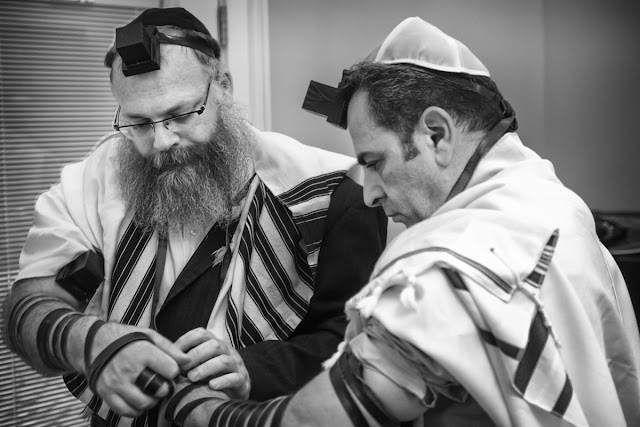 Carrying the Torah scrolls from the ark before the reading: 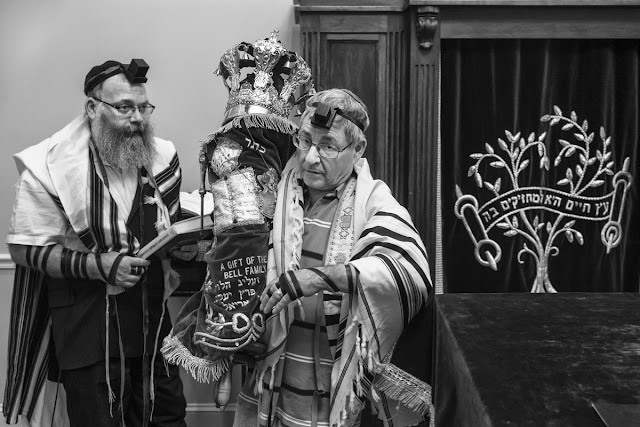 Dressing the Torah after the reading (engaging in the ritual of reading the Torah is an uplifting experience which often fills people with a sense of joy. That's me on the left.): 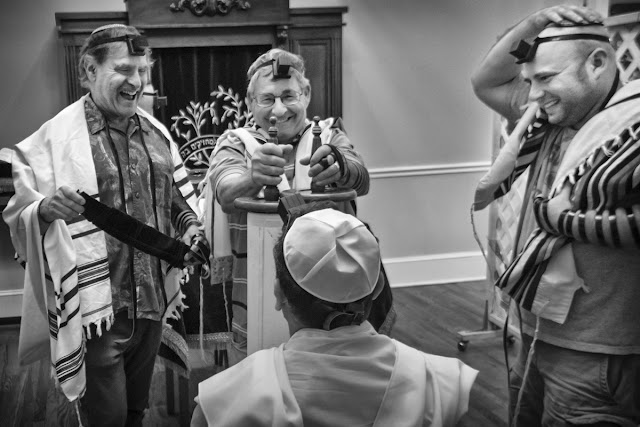 Reading a Haftorah (a section of one of the later books of the Bible): 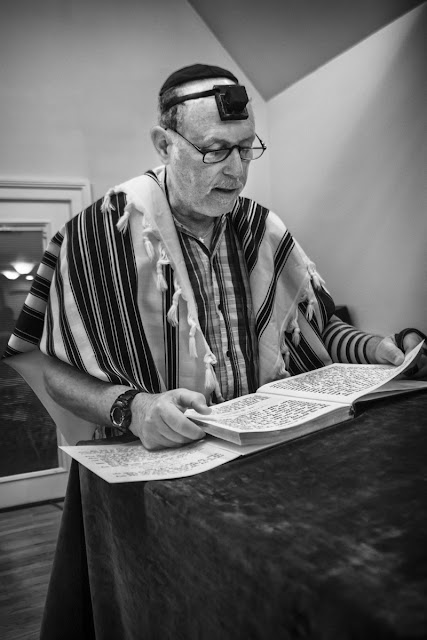