The Ninth of Av (part 2) The Torah

Since the question was raised about my previous post, to clarify(and I'm certainly not an authority on the matter) Tifilin are black lacquered leather boxes that contain parchment scrolls with hand written prayers on them. The prayers are from the book of Deuteronomy. The religious injunction is for the observant Jew to don the Tefilin once a day and recite particular blessings and the most sacred prayer in the Jewish liturgy entitled the 'Shema' which declares and affirms that G-d is One. The intimation is that since G-d is one and there is one G-d, G-d is in everything and everyone, and we are all one with G-d. It's the cornerstone of Judaism and historically the first unequivocal affirmation of monotheism.

In this first image you may notice that there are only men present. Hasidic and very religious  observers recite prayers separated from women, who are in an adjacent room separated by a wall (in the second image the person holding the torah scroll has brought it to them so they can touch and kiss it). Many people feel that this separation of men and women puts women in a subservient position. Nothing could be further from the truth. Women in Judaism are considered to be the bearers of the faith, and a child is considered Jewish if the mother is Jewish. This is because the newborn child and toddler spends his entire life in the mother's arms, and she gives to the child his first exposure to Jewish morality and ethics, called 'yiddishkeit'. The separation during prayer is done because of the recognition of the weakness of the men to being distracted during prayers, which are a communication between the individual and G-d, by the women. In the third image below the rabbi is conducting the prayers and is wearing a ritual belt around his waist to symbolically separate his soul and mind from his  organs, allowing him to communicate with purity of thought. In the final image the rabbi is reading the weekly portion from the Torah scroll. More on that in the next post. 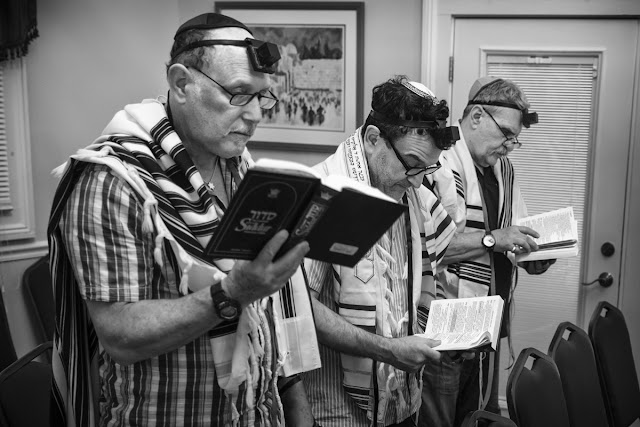 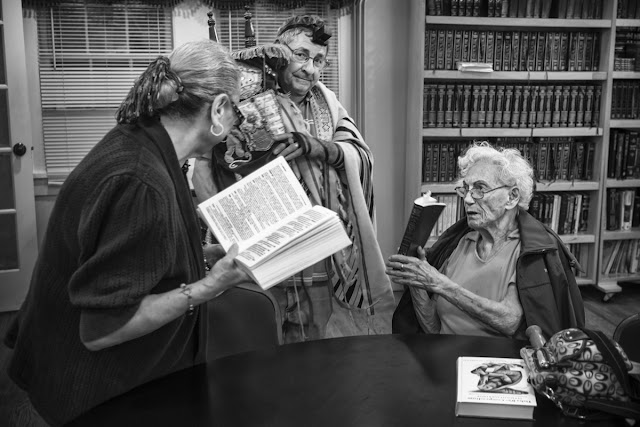 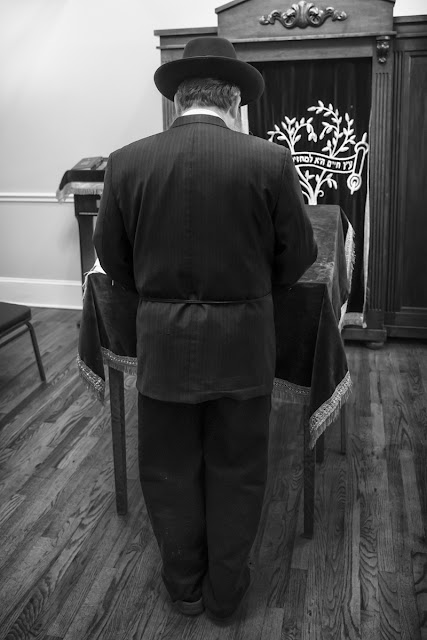 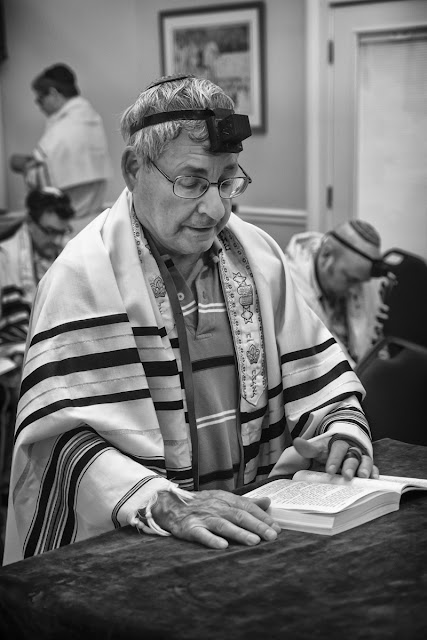 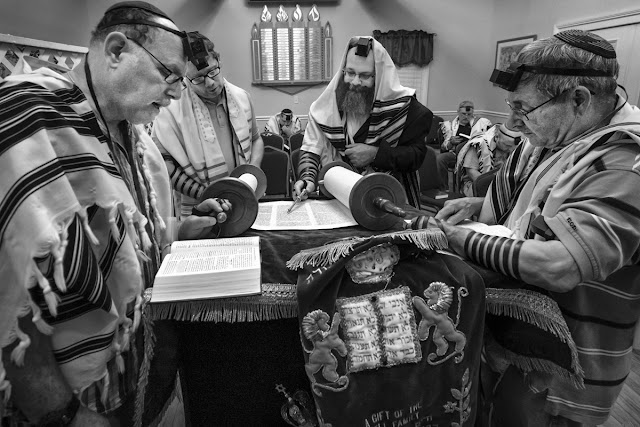 Posted by Fiddlergene at 9:37 PM