Part of the itinerary for our time in Arad was to spend an evening visiting and having dinner in a bedouin village. The bedouins were originally pastoral nomadic tribes living in the Negev and Sinai peninsula. Their lifestyle has changed quite a bit over the past few generations and they've become more settled. They usually live in distinct villages but integrate well into Israeli society.

I was looking forward to this experience and photo opportunity, but was very disappointed to discover the 'village' we were to visit was little more than a reconstructed Disneyland-like village with some local bedouins dressed in costumes who talked to us about their village lifestyle. When we returned to Arad after the evening experience I discovered that one of the program administrators had visited an actual 'live' bedouin village near Beersheba. When I expressed some misgivings about our experience at the make-believe village and my wish that I would have much preferred to go to a real bedouin town, I was told that it was just a town like any other and I wouldn't have found it interesting. Really? 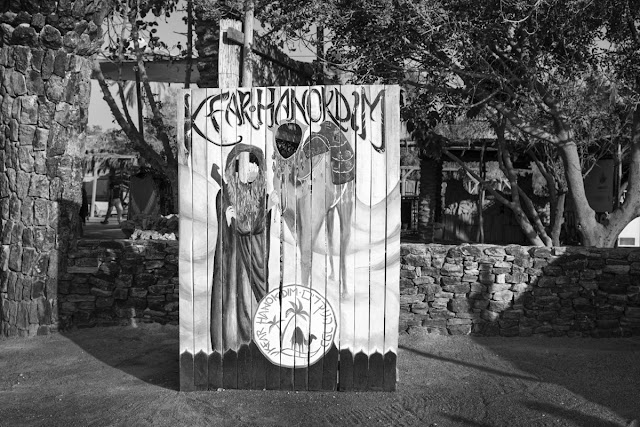 One of our group of artists with the founder and owner of the village. 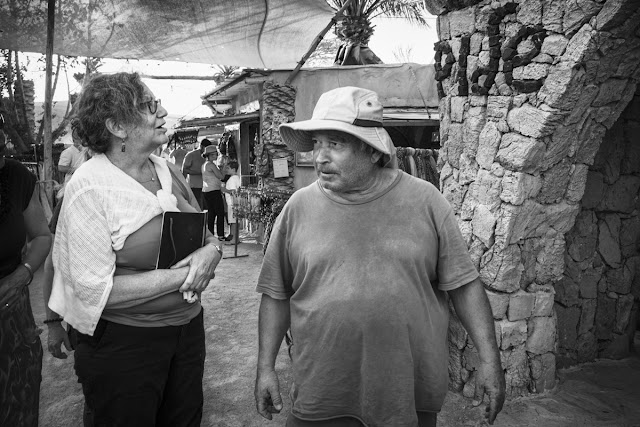 There was a large tent restaurant in which a bedouin woman was making flat bread for the evening diners. 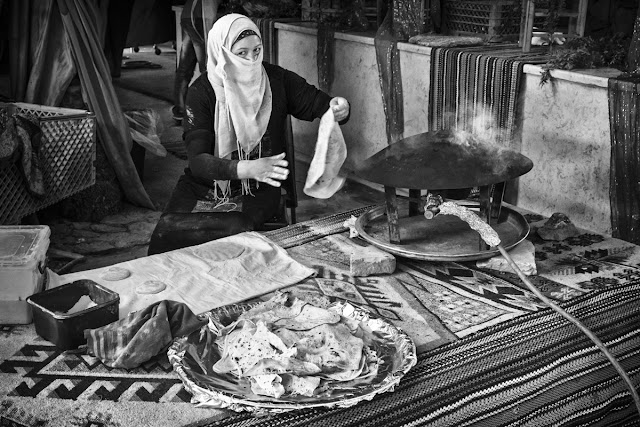 As part of the presentation of bedouin village life, we were served tea. 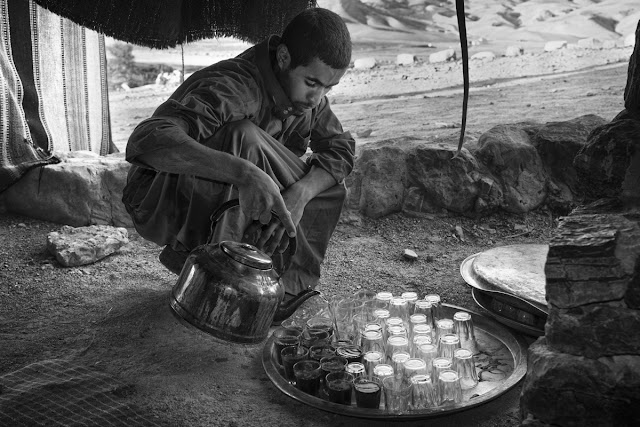 A bedouin village woman talked to us about her family life, told stories of her husband leaving her for his second wife, and her striking out on her own to establish a career. After the talk she sold trinkets to us. 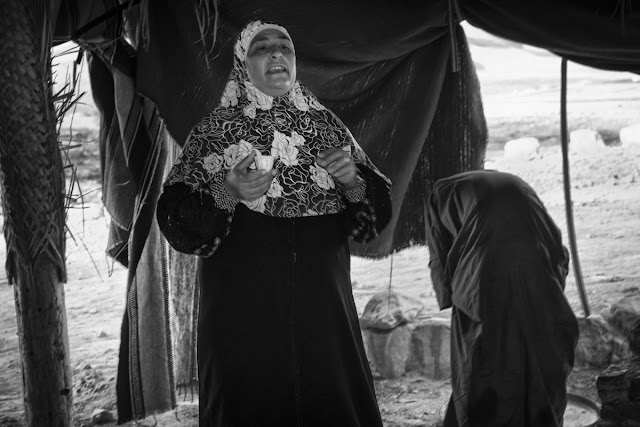 Posted by Fiddlergene at 7:01 PM